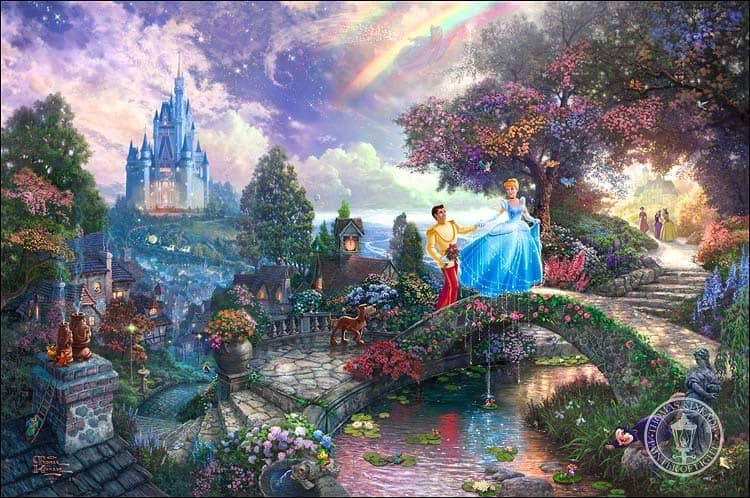 It is often said that “beauty is in the eye of the beholder.” For Kant such an idea was absurd. “It would be…laughable if a man who imagined anything to his own taste, thought to justify himself by saying: ‘This object…is beautiful for me.’ For he must not call it beautiful if it merely pleases him.”[1] Kant believed that what was beautiful for one ought to be beautiful for all and that beauty should be viewed “as if it were a property of things.”[2] Kant did, however, have a category for those things which caused sensual delight. He called them pleasant or agreeable, depending on the translation. The pleasant is “based upon private feelings” which are limited to the individual. There is no universal notion of what is pleasant. Broccoli, for example, may be pleasant for one person and not for another. Kant used the example of Canary wine. Because the pleasantness is determined by the sensual input of taste it is entirely subjective. It is not an intellectual judgment and not a judgment of taste, in Kant’s terminology. It is not dependent entirely on “disinterested satisfaction.”  In essence, Kant’s category of pleasant is analogous to my category of pretty; but, for Kant, it is not an aesthetic category since there is no judgment of taste.

Thomas Leddy argues that pleasant, or agreeable, is not merely subjective. He believes it should be considered an aesthetic category. Leddy argues, “The problem of the agreeable vs. the beautiful is paralleled by the problem of distinguishing two kinds of pleasure, aesthetic and non-aesthetic.” He further states, “anything can be experienced aesthetically when framed in the right way.”[3] For Leddy, unlike Kant, simply making the judgment of calling something agreeable, pleasant, or pretty moves the category, at least nominally, into the intellectual arena making it eligible to be an aesthetic category. This move of pretty to an aesthetic category puts Leddy in the Continuum Theory where pretty is “on the lower end of the aesthetic continuum.” I, however, argue that while pretty is “notoriously superficial” as Leddy articulates this is because pretty is sensual rather than intellectual and cannot, therefore, provide the depth. The sort of pretty to which Leddy refers is when an object is only pretty. However, if an object provides both sensual and intellectual delight then the object is, in my conception, both pretty and beautiful.

As examples, I will discuss both Thomas Kinkade’s Disney painting Cinderella Wishes Upon A Dream and Albert Bierstadt’s, Looking Down Yosemite Valley. Kinkade’s works are notoriously pretty leading to broad popular appeal and tremendous commercial success. Critics cite the saccharine sentimentality in Kinkade’s work as one, among many, reasons to view his work as artistically inferior. This picture of Disney’s Cinderella illustrates the issues well from several perspectives. Kinkade’s painting provides sensual delight to the eye in the same way that cotton candy from the state fair provides it for the tongue. There is immediate visual pleasure but nothing deeper for the mind to grasp. By contrast, the sumptuously painted landscape by Bierstadt provides both sensual pleasure and intellectual pleasure as the viewer is able to find a disinterested satisfaction in the composition. Kinkade’s subject matter provides another avenue through which to see the distinction. In the Grimm version of the Cinderella story, both Cinderella and her step-sisters were physically attractive. The story was essentially about the difference between the beautiful, Cinderella, and the merely pretty, step-sisters. Disney complicated the story by making the step-sisters ugly, which I will later postulate as the ontological opposite of pretty. The story no longer confronts merely the truth about the inner character of the individuals, their true beauty. It falsely connects the depth of beauty inextricably with the superficiality of mere prettiness. A Kinkade painting, like Grimm’s version of the step-sisters, is attractive to look at but lacks the deeper qualities that allow for intellectual delight.

The pretty has received very little attention in philosophical circles. Thomas Leddy as part of his Everyday Aesthetics has paid some attention to the subject. But, as he points out he has written the only journal article on the subject and there are no philosophical encyclopedia entries on the pretty.[4] The subject is problematic, in part, because there is very little philosophical tradition on it and in part because, as Leddy points out, “pretty is a heavily gendered concept.”[5] However, the general association of pretty with the female gender need not stop its use. Beauty is also a strongly gendered concept. Many men are uncomfortable being called either pretty or beautiful. Beauty also has a philosophical tradition of being associated with the feminine while sublime has been associated with the masculine. Like Leddy, I believe we can work toward a more egalitarian understanding of pretty which is not gender-weighted in a way that is harmful to women.

This essay is from our Anastasis Series where we resurrect articles from the past that are either still relevant today or can be easily updated. This piece was first published on April 4, 2014, and has been lightly edited and updated.