The Development of an Artistic Voice, Part 1 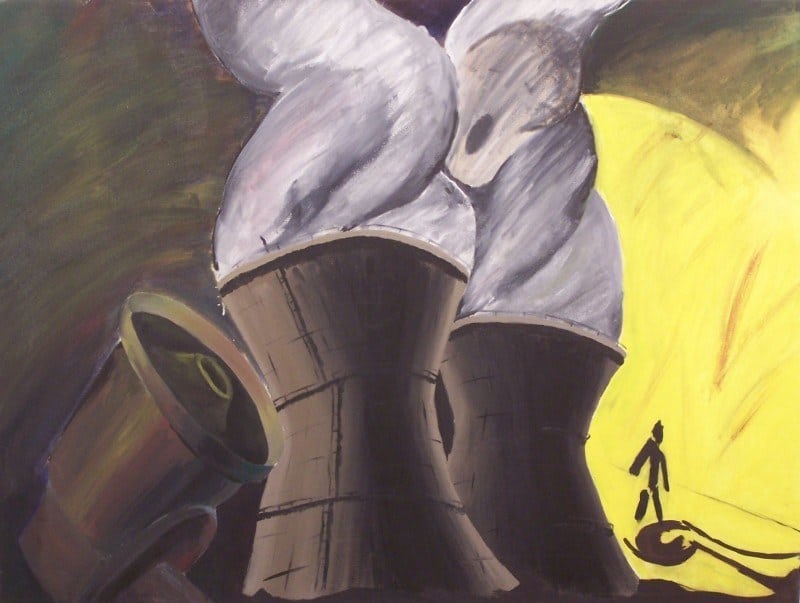 After several years of teaching college students, it occurred to me that it may be helpful for me to discuss the development of my art. One does not just emerge doing highly metaphoric abstract work. When I began my college career, I could not have imagined doing the art that I do today.

I came from a high school art program that, in large part, reproduced images from magazines. My early college work was also in a largely representational tradition. In fact, it was the praise that I received from producing representational work that really engendered my interest in art. Early on, my interest in ideas (I began college as a double major in economics and philosophy) was, for me, completely different than my artistic production. At that point in my life, fine art was not even within the realm of possibilities as a career. I enjoyed it, but it was really just a leisure activity, not something to be taken terribly seriously. I do not fully know when the change occurred. But slowly as I became more invested in my art, ideas became more and more central to it. The first glimpses of a focus on concept and a heavy use of metaphor appeared just before I transferred to Pratt Institute in Brooklyn, NY, more on that later. But, it took a good while for this shift to take hold.

One of the earliest concepts that I dealt with had to do with my childhood experience. As a child, I grew up near a nuclear power plant. Near enough that we would get sent maps telling us how long we had to evacuate if there was a problem. I do not remember the exact time frames; but, I remember that our house was in the red zone. Also, across the street from our house stood an early warning siren. While that would seem comforting, it really was not. The siren would often go off as a test and I had no idea if it was the real thing or not. Maybe my parents had received notification, but it had not been passed down to me. As a result, when the siren would sound I really did not know what to do. Eventually, after a certain amount of time had passed, I would assume that I was going to live. I do not know if other kids during the late cold war had any real sense if impending doom but for me, it was a very real concern. As a student in New York, this theme found its way into my work. In fact, I still think about this work from time to time and consider returning to the theme.

Simultaneous to my work with nuclear power plants and the associated fear, I began a series of work that still continues to this day. I have often recited the generative story of this work. In graduate school, some students heard it often enough that they would prompt me to tell the story to a new professor. So, here it is… Before I transferred to Pratt, I spent a semester at Sacramento City College. One day, I was sitting in the cafeteria. Sac City, at that time, was diverse but not terribly integrated. The cafeteria was full of round tables. Seemingly, each table had students from different ethnicities. There were tables with Hispanic students, Asian students, Black students, and White students. I remember seeing an Asian student stand up from his table and weave his way though a variety of other tables and then sit down at another table with other Asian students. At that point, I sketched the first of what I would eventually call Societal Portraits.

I cannot, however, pretend that this was some sort of epiphany. As noted earlier, I continued to work, after this sketch, without any real dedication to concept and I worked with other themes before settling on the Societal Portrait theme. Eventually, though, they did become an obsession for me. For many years they were my primary theme and even now, just over fourteen years after that initial sketch, I still work with the theme.

The next few Development of an Artistic Voice posts will focus on the evolution of the Societal Portraits. The good, the bad, and the REALLY ugly aspects of their development. Fortunately, at least for my ego, there are literally dozens of Societal Portrait paintings and drawings that no longer exist and were never photographically documented.

I hope that this exploration of the development of artistic voice will be helpful for some. Indeed, I expect the nostalgic benefit for me to be immeasurable.