This is my Creed: Christ with me 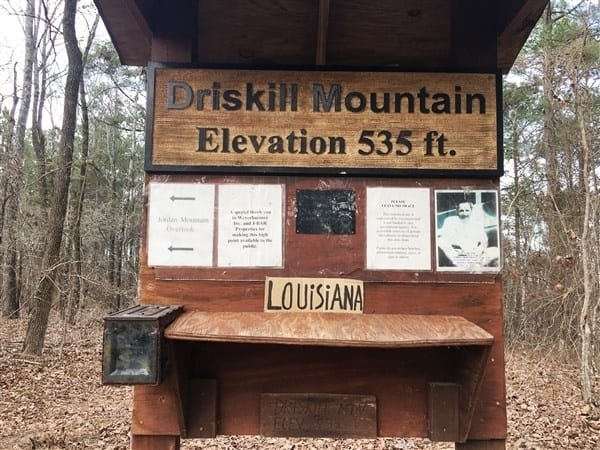 On the Louisiana College campus, there’s a carillon at the top of one of the buildings that plays awful bell arrangements of popular traditional hymns at certain times during the day. When I was a student there, I would go back and forth between loving and hating it, but one day as it played “All Hail the Power of Jesus Name” I realized I no longer remembered the words to that particular song and felt a moment of irrational panic. It felt like I had misplaced something and that it was irrevocably lost.

I was raised in a Baptist church in the late stages of a transition from revivalist fundamentalism to Evangelicalism. When I was young, it was still common to hear a preacher or traveling evangelist who longed for the days of tent revivals and week-long salvation crusades followed by dinner on the grounds.

Much of what we embraced was 15 years behind the curve – Maranatha! Choruses, Campus Crusade for Christ and slide projectors instead of hymnals – but of course we boycotted Disney and applauded when one of the first American Family Radio translator towers was placed in town, right next to our church parking lot, though the credit for that went to the Presbyterian church the next lot over. I consider it a grace that the songs of my childhood were old standbys like “I Will Sing the Wondrous Story” and “All Hail the Power of Jesus Name” instead of anything from the current catalogue of strangely sexual “praise” music.

Even though I have not been a member of that church – or a Baptist – for nearly two decades, I am still glad to see that it yet lags behind the rest of the Evangelical world in adopting some of the more egregious innovations of American bourgeois Christianity. It was changing when I was a child and has certainly changed since then, but there you can still find traces of that old-time religion that I cannot embrace but for which I hold a special place in my cultural memory. It was not without a twinge of sadness that I learned their Bible Drill team had abandoned the use of the King James Version for the 1984 NIV, which is itself now a thing of the past.

Though most of my early religious experience was in my parents’ church, I owe no small debt to the church my grandfather pastored and – after a stroke forced him into retirement – to the one he and my grandmother were members of in the last years of his life. Liberty Hill Baptist Church had a good 15 members on a well-attended Sunday. It was rural, located in an area that would have been considered a ghost town if any of the buildings were still standing. The last time I passed through, a handful of houses and a couple of rusting trailers and the church – surrounded by thousands of graves, some dating back to the late 1700s – remained.

I can only assume that most of that congregation has gone the way of the town. The older people surely have died; some, like my extended family members, must have moved away; the last I heard of worship there was that one of the laymen from my grandfather’s time was leading a simple service.

The members there were country people, the kind disparagingly called “salt of the earth” by those who don’t realize that they are, in fact, the salt of the earth. They relied on God because that is what they had – it was all they had – and the messages I heard there (and at home) were simple: Christ died for sinners; God provides.  The only time I heard a fire-breathing, hellfire and damnation sermon was when my uncle stood behind the lectern and delivered a monologue mocking that sort of thing during a birthday party.

I have no idea about the age of the church building, except that it was old and was heated by gas from an outside butane tank. The church didn’t have working toilets until the late 90s, and before that if you needed to go you had to walk down a trail in the trees where you found a cinderblock-and-wood vault toilet that stank to high heaven and you had better check for snakes before you sat down on one of the double seats.

Baptisms were conducted at Mount Driskill, which at an elevation of 535 feet (67-feet above sea level) is the highest point in the state of Louisiana. I saw my uncle and a couple of my cousins baptized there in the pond halfway down the slope, rising from the baptismal waters as new men, their then-present and future salvation indissolubly linked with the rolling, bucolic hills of North Louisiana.

My grandfather, who along with every other of-age male in the congregation grabbed one last cigarette in the final minutes before the service started, was a member of a dying breed, the bi-vocational pastor who spent the week working at the mill and on Sunday preached in a church that couldn’t afford to pay him anything close to a salary. The corporate church model would have never worked at Liberty Hill, and if you had suggested to anyone that my grandfather’s title should have been Senior Executive Elder for Teaching and Worship, they would have given you the same crazy look as if you had suggested he get rid of his Monday-through-Saturday greasemonkey suit and instead muss up his hair with styling product, wear skinny jeans, vintage t-shirts and a sport coat while preaching about God’s plan for your sex life. They wouldn’t have thought of that as “re-thinking church;” they would have called it shenanigans.

Making Faith My Own

One evening, I sat down with an old New Testament and a highlighter pen, and starting with the book of Matthew, started to highlight anything that caught my attention. At first, I was infuriated at what I read, but the more I read, the more Christ puzzled me, and before the evening was done, I had finished the first three Gospels and started the fourth.

That was a turning point, one where I decided to seek out Christians and to become more engaged with what Christian culture I could. A year later, with a lot of help and through the innumerable prayers of my parents, I was baptized on Easter morning, my sins left behind in a watery tomb that – thanks to the church’s Easter musical – was partially obscured by the façade of a Roman garrison.

I still have that tattered paperback Bible. I keep it on the shelf next to the one I inherited from my grandfather, and they are two of the few things I would save in the case of a fire.

I later became an adult convert to Greek-Arab Orthodoxy, a religion so strange and so far outside of my cultural experience that I could have converted only because I believed it was the only option. The process of how that happened is not terribly important, and the only things I will say about it is that I converted because I felt it was the only way I could remain a Christian at a time when that was really a question, and that it took longer than necessary.

I didn’t – and don’t – really care for Orthodox convert culture, which in many ways suffers from the same sort of triumphalism that its Catholic counterpart does. Orthodoxy has its own version of the “Journey Home” show, and the radio outreach that the archdiocese I was confirmed in sponsors is strikingly similar to Radio Maria in production value (though to their credit the music – “all liturgy all the time” – is better). Converts to Orthodoxy are often Evangelicals who just want to be better Evangelicals except with the knowledge of how to chant kontakion, or armchair theologians, weirdos, or exotic culture fetishists. Occasionally people convert because they want to marry someone. I was probably just a weirdo, but I believe that I was self-conscious enough about it that it was somewhat canceled out.

These days, I don’t feel the same urgency that I felt in the front of St. Gabriel’s in Lafayette. It remains home even though now I don’t attend Orthodox services. I remain in my mind united to the people there – and at Christ-the-Saviour Mission in McComb, Miss. – even though I find myself in no close proximity to the Church, either in location or certain significant dogmatic stances.

I pray instead in a small church with an aging congregation down the street. I mean it when we say the Te Deum, and I still feel Christ reaching for my attention when an old lady grabs my arm and says she is glad I’ve been back after a week away. Even though the tabernacle there is empty most of the time, I sense something when I look around and see the Stations of the Cross on the wall, painted in a garish 70s style that doesn’t match the nave’s natural wood walls. It is, as the Byzantine prayer says, that the Spirit is, “Everywhere present and filling all things.”

I have never felt comfortable in the American religious milieu, except for a brief span in my teen years when I tried to be a charismatic Baptist, which at the time was a very popular thing to do. I am suspicious of people who are too openly pious, and I am not much for public prayer or weeping.

A reminder came to me one Holy Saturday, however, that Christ transcends our discomfort, that salvation is union with God and that union is beyond our culture or our flawed reasons for converting or our spiritual incapability. He transcends years and apostasies and repentances, stretching past nature and Hell and every jot and tittle of the law.

That year, as the priest entered the nave from the sanctuary, he declared for the last time in the Liturgy before Pascha, “Christ is in our midst!” I tried to respond with the customary, “He is and ever shall be!,” but instead I choked on the words halfway through the sentence.

I did not know it then, but Christ would be with me in the year the Paschal declaration that he was Risen and no dead remained in the tomb would stab me in the heart because days before I’d dug a grave for a baby. He would be with me when the joy of a move to a better situation became a grindstone under which I had to labor as the world fell out from under my family and we had one emergency after another without our established support system around to catch us. He would be with me when my hands began to shake and my legs became weak. Because he became united with humanity, and I am united with him in baptism, he has borne it with me. He has wept with me, and he has laughed with me – and despite it all, I have known more joy than sorrow.

Despite the doubts, despite logic, I know it.

Christ is in our midst. He is and ever shall be.