Church and state: Maintain or tear down the wall? 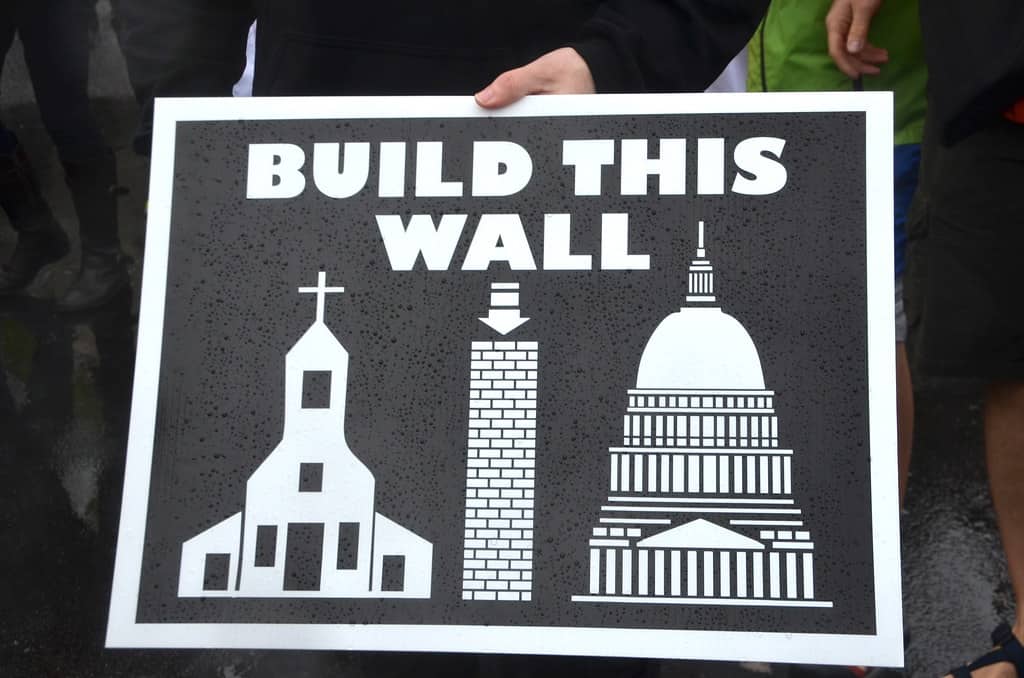 A Texas activist and several politicians have been retreading old ground over opposition to the division between Church and State in America.

Jack Jenkins of Religion News Service writes that most Americans support the long-standing “wall of separation” between religion and the government, although some on the religious right argue that the United States was founded as a Christian nation. Such a stance is extremely controversial, even within the Christian community. Opponents fear that enacting such a viewpoint would mean the end of secular government in the US.

In October of last year, Josh Mandel, a candidate in Ohio’s Republican primary for the state’s open U.S. Senate seat, insisted during a debate that “there’s no such thing as separation of church and state.” Three months later, Supreme Court Justice Neil Gorsuch made an off-hand reference to the “so-called separation of … church and state” during oral arguments.

In April, Pennsylvania gubernatorial primary candidate Doug Mastriano, now the Republican nominee, dismissed the separation of church and state as a “myth.”

By June, Colorado Rep. Lauren Boebert, speaking at a Colorado church, proclaimed, “I’m tired of the separation of church and state junk that’s not in the Constitution. It was in a stinking letter, and it means nothing like what they say it does.”

The growing popularity of these kinds of declarations is striking given the place the separation of church and state has occupied in American politics going back to the Founding Fathers. Though the phrase “separation of church and state” does not appear in the U.S. Constitution, the notion is deeply rooted in American jurisprudence and popular culture.

More immediately, the rhetoric has alarmed some Americans who associate the constitutional debate over the church-state split with extreme versions of Christian nationalism.

Yet, antipathy toward the separation of church and state among conservatives is not new but, rather, is a decades-old argument popularized primarily by a controversial Texas activist in the early ’90s, when the religious right was ascendant.