As the story of what has been happening at Louisiana College has been gaining national attention it has occurred to me that it is a hard and convoluted story to follow. There are blog posts, podcasts, newspaper articles, television reports. It is hard to find a line that will explain the story. I don’t know that I can completely fix that problem. But, Faith on View has covered the LC story with more detail than any other source I know. Certainly, there are other important sources and they are pointed to and linked to within our articles. But, I think the best I can do to help people find a clear narrative is to have this page link to the articles we have published about the situation at Louisiana College. I hope that this can function as a resource for people who are trying to find out what is going on at that small Southern Baptist College in Central Louisiana.

It should also be acknowledged that the problems at LC go back before my challenges with the college and before I even became associated with the college. There are good people who were harmed before I had ever heard of Louisiana College and I want to acknowledge their pain. The story, as told here, starts later. Maybe someday I will be able to go back and share their stories as well.

For those of you who want a perspective of what is happening at Louisiana College which is broader than my own limited perspective, you can check out the Media Index compiled at Talk Baptist Colleges which attempts to list all coverage of the controversies at LC in 2014. (Unfortunately as of 4/27/18, probably sooner, the Talk Baptist Colleges site is no longer available)

It may be best to start this narrative with my own story. These first three articles were not the first written on LC but they tell my story as far as what happened to me in 2011. These should give you context for why I care what happens at Louisiana College and what my hope is for Louisiana College. 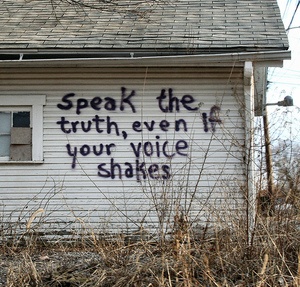 Calvinism is not the Issue at Louisiana College: On Spiritual Abuse (Mar 5, 2013)

Calvinism is not the Issue at Louisiana College: On Vindictiveness (Mar 11, 2013)

The rest of the articles are listed in chronological order. For those of you (probably all of you) who do not have the time to wade through scores of articles the top 10, in terms of most read, are in bold & underlined. Those which I think are “must-read” articles are marked with an asterisk. Feel free to send me your suggestions for “must reads” if you think I have missed one that is particularly important.

Louisiana College- Open Letter to the Board of Trustees by Dr. Scott Culpepper (Feb 24, 2013)

The Baptist Message Misses the Point on Louisiana College (Mar 13, 2013)

Why Have We Never Heard of the Charismatic Takeover of Louisiana College? (Mar 15, 2013)

The Louisiana College Board of Trustees Needs a Cricket in their Life (Apr 30, 2013)

The Pulpit and Pen discusses Louisiana College and the Joe Aguillard audio (Jan 23, 2014)

Why You Can’t Trust the Baptist Message When it Comes to Louisiana College (Mar 7, 2014)

Louisiana College Board of Trustee Member admits bloggers know more about the happenings at the college than trustees (Mar 10, 2014)

Why Louisiana College Students are Afraid, and Why They Should Be (Mar 25, 2014)

* The minority Board Members Speak out: An Open Letter to Louisiana Baptists from Concerned Trustees (Mar 28, 2014)

* The Louisiana College Board of Trustees: Sycophants and Heroes (Mar 28, 2014)

Louisiana College: lies, obfuscation, and a lack of repentance (Apr 16, 2014)

Woes continue for Louisiana College even without Aguillard (June 19, 2014)

Louisiana College Board Chairman prophesies a curse upon fellow board member (Sept 6, 2014)