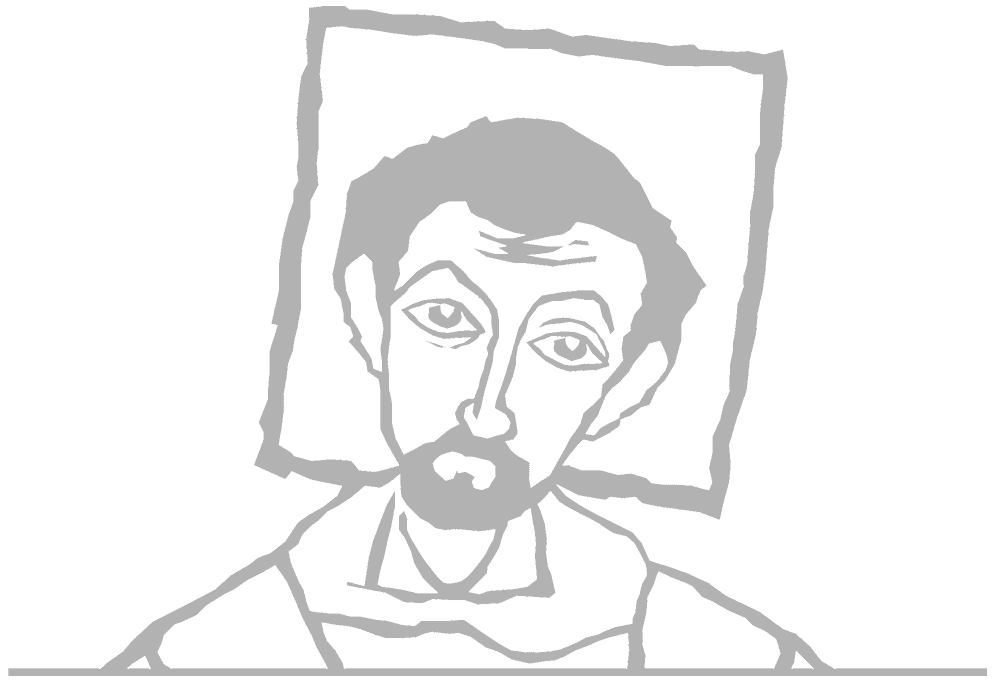 Square Halo Books– Square Halo began with the intent of publishing primarily theological works. Yet from the beginning, art has been a central part of their books. Then with the release of the acclaimed book It Was Good: Making Art to the Glory of God, their calling unfolded to include books not only featuring fine art but also books about fine art. All along the way artists from the CIVA community have played a major role in the projects developed by Square Halo Books and as they look toward future projects, they hope that those relationships deepen and expand.

The list of books below is an ever-growing book list focusing on Art & Christianity specifically but with some focused on spirituality more generally. Not all entries are annotated but as time permits annotations will be added. Additionally, if there are books not found on this list feel free to send us a message from our about page.

Art & the Bible by Francis A. Schaeffer- This short booklet is a classic within the Evangelical and reformed world. This short book looks at both the Old and New testaments to provide a foundational Biblical argument for art. Forty years later this is assumed by many but it is foundational work upon which the last forty years have built. Schaeffer also outlines basic perspectives on art. These perspectives include both criteria for evaluating art and broader philosophical perspectives about art. These perspectives are not without problem and leave plenty of room for later writers to nuance and create sophistication Shaeffer’s basic outline.

Art & Soul: Signposts for Christian in the Arts by Hilary Brand & Adrienne Chaplin- Brand and Chaplin combine the insights of a photographer and an aesthetician in this broad ranging book. Art & Soul covers a broad range of topics with a focus on the now rather than the historical development of the relationship between art and Christianity. They begin with a sober acknowledgement of the challenges contemporary Christian artists face with the fractured nature of post-modern art, the possibility provided by artistic openness to the spiritual, and a highly suspicious church culture. They then work through theological and philosophical discussions of art with a focus on affirming the arts. They even attempt to address in a rudimentary fashion artists concerns about vocation and calling.

Art in Action by Nicholas Wolterstorff- Wolterstorff provocatively challenges much of the modern Western assumption about art. Primary to the Western perspective is the idea that art is fundamentally for aesthetic contemplation and that this “uselessness” is central to something being art. Wolterstorff on the other hand advocated a useful perspective on art. He is not advocating an elimination of art but rather softening the boundaries between high art and other manifestations of art. Ultimately, he argues that art cannot avoid responsibility and that purely being self-referential is not responsible.

Art Needs no Justification by Hans R. Rookmaaker- This is an important work in the history of evangelical engagement in the arts. Prior to the work of Rookmaaker art had little theological or theoretical justification within evangelicalism. His primary insight was two-fold. First, Christ is lord of all and as such is lord of more than just what is overtly religious. Second, art is an end in and of itself and as such needs no justification. Those two insights have been crucial for evangelical engagement of the arts. But that said, Rookmaaker has a strong conservative strand in his approach to art which in some ways is very apparent now several decades later. Also, since Rookmaaker was one of the first evangelicals to think i these ways some ideas are not clearly formed and live in uncomfortable tensions and maybe even contradictions. Still this is an important book for those who are interested in the arts and faith dialogue and is helpful to those who are just beginning to think on these issues.

Beholding the Glory Ed. Jeremy Begbie- This edited volume brings together writing by artists, musicians, theologians, dancers, writers, and poets. It does not provide so much a theology of art but a look at how art does theology. The focus is on the doctrine of incarnation and how the arts can enliven and deepen our understanding and experience of incarnational theology.

Concerning the Spiritual in Art by Wallisy Kandinsky, translated M.T.H. Sadler- Kandinsky views painters and artists in general as spiritual leaders. He begins by proclaiming the prophetic nature of art and the rarity of spiritual leaders and the progressive nature of spiritual understanding. He advocates that painting be freed from reference to nature, the material much as music is free from the reference. He then discusses his thoughts on the psychology and language of color. He further advocates that the artist has the responsibility to dispose of paintings dependence on the material. Finally, he addresses the responsibility of the artist to have content and meaning beyond just formal mastery.

Good Taste, Bad Taste, and Christian Taste by Frank Burch Brown- Brown continues his phenomenological approach to aesthetics to argue for the practical values of aesthetic study in theology. He argues that Christians are often embroiled in aesthetic controversy without the theological framework to resolve the issues in a meaningful way. Think of wars over music style, church architecture, and carpet color. His discussion of Kitsch through an experiential and non-elitist, though value driven, lens is particularly illuminating. Brown concludes that aesthetic theology is beneficial to the spiritual life of the church and that a connection of the church to the corporeal and even aesthetic is an essential element of spiritual health.

Imagine: a Vision for Christians in the Arts by Steve Turner- Turner outlines the history for the troubled state of “Christian art” today. More importantly though, he provides a solid religious/ aesthetic theory from which Christian artists can approach their work. He argues that art produced by Christian artists needs not be overtly religious. God is the God of the “secular” and the “religious”. Especially helpful is Turner’s theory of five concentric circles. The circles represent different levels of direct religiosity in the work with the outer showing no specific worldview and the inner being focused on the cross. Turner goes further and asks if it is actually possible to produce the type of powerful art he is advocating and then he backs up his argument with examples. Turner’s primary example pulls from his history as a music critic. He argues that U2, his primary example, effectively does what he proposes but he also points to screenwriters, fiction writers and animators who provide appropriate examples.

It was Good Making Art to the Glory of God, Second Edition Ed. Ned Bustard- The 21 contributors of this book do not set out to defend artistic practice for a Christian or to defend the theological significance of aesthetics. In large part that is assumed. However, most of the contributors come from evangelicalism so the defensiveness is in many was built into their thinking. Bustard collected writings and interviews from a broad range of contributors: Pastors, Theologians, Philosophers, Writers, Poets, Musicians, Art Historians, Painters, Sculptors, Mixed Media Artists, Graphic Designers, and more. The pertinent question of this book is: what does it mean to be an artist holding to the Christian faith? This book explores that question from 21 unique angles.

Modern Art and the Death of Culture by H.R. Rookmaaker- Artists are cultural bellwethers to Rookmaaker. As a result, he concentrates the bulk of his discussion on the development of art and its relationship to philosophical developments. Heavily influenced by the cultural upheaval of the 1960’s Rookmaaker focuses rather heavily on the decay and death he sees in culture and art. He admits the possibility of redemptive art but has no sophisticated path forward aesthetically in practice or philosophy.

Resounding Truth: Christian Wisdom in the World of Music by Jeremy Begbie- Resounding Truth provides a thorough discussion on the history of theological discussion on music. Begbie as a trained musician and theologian who teaches at Cambridge is uniquely qualified for this task. For there, he moves onto the more practical matter of discussing what he calls a “Christian Ecology” and what it is like to think about music from within that ecology. Begbie concludes that the task at hand is to develop wisdom and discernment when thinking about music which requires a rooting in creation and the incarnation and a denial of a dualistic perspective.

The Arts in Your Church: A Practical Guide  by Fiona Bond

Theological Aesthetics: A Reader by Ed. Gesa Elsbeth Thiessen- Thiessen compiled selections from writings from over 125 sources. Approximately 100 authors from Justin the Martyr in the Second Century to Jeremy Begbie and others who are still writing today provide a tremendous breadth. The sources are divided into five chronological segments. Within each period the writing are split into thematic sections allowing for strong accessibility for booth methods of organization.

Visual Faith: Art, Theology, and Worship in Dialogue William A. Dyrness- Dyrness like other reformed writers argues for a holistic approach to understanding the relationship of art to faith. Dyrness surveys the history of the church and the image from the early church through today. He then examines the theological approaches, with an emphasis on reformed theology, to art. He attempts to nuance multiple issues which he sees as previously being unsatisfactorily treated and explores challenges of Christianity engaging with the arts. Ultimately, he moves toward a discussion of the opportunities of Christianity engaging and speaking into the arts. For Dyrness, this necessitates a revitalized relationship between the arts and Christian worship.