Kamala Harris to use Thurgood Marshall’s Bible at inauguration 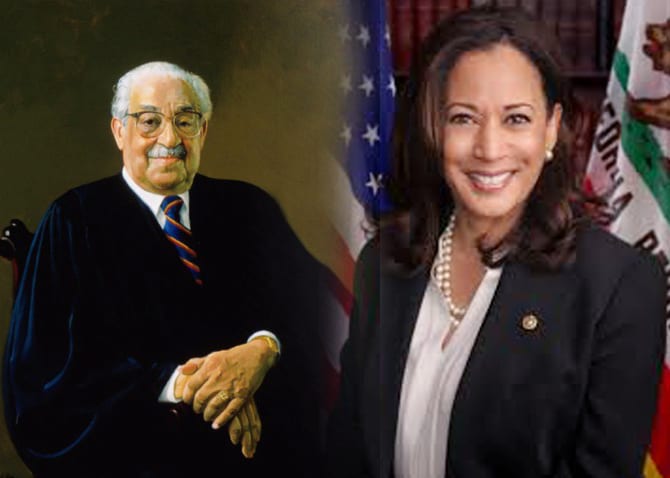 When Vice President-elect Kamala Harris takes the oath of office Jan. 20, she will do so with her hand on a Thurgood Marshall’s Bible. Harris has described Marshall, the first Black member of the U.S. Supreme Court, as one of her “greatest heroes.” Writing for the Christian Post, Anagram Kumar reports:

Harris will use two Bibles in the ceremony, one belonging to Regina Shelton, a family friend whom Harris viewed as a surrogate mother, and the other that Justice Marshall once owned, NPR reported, citing a transition official.

Last July, Harris tweeted, “My childhood hero and inspiration, Thurgood Marshall, was born on this day in 1908. Our nation is stronger because of his powerful voice for civil rights and social justice.”

In her memoir, The Truths We Hold, Harris wrote, “Some of my greatest heroes were lawyers: Thurgood Marshall, Charles Hamilton Houston, Constance Baker Motley—giants of the civil rights movement. I cared a lot about fairness, and I saw the law as a tool that can help make things fair.”

Harris will be the highest-ever elected woman in the United States when she takes office, and will also be the first Black person and the first Indian person to achieve the office of Vice President. While Harris was raised attending both Hindu and Christian services, she now attends services at Third Baptist Church of San Francisco.