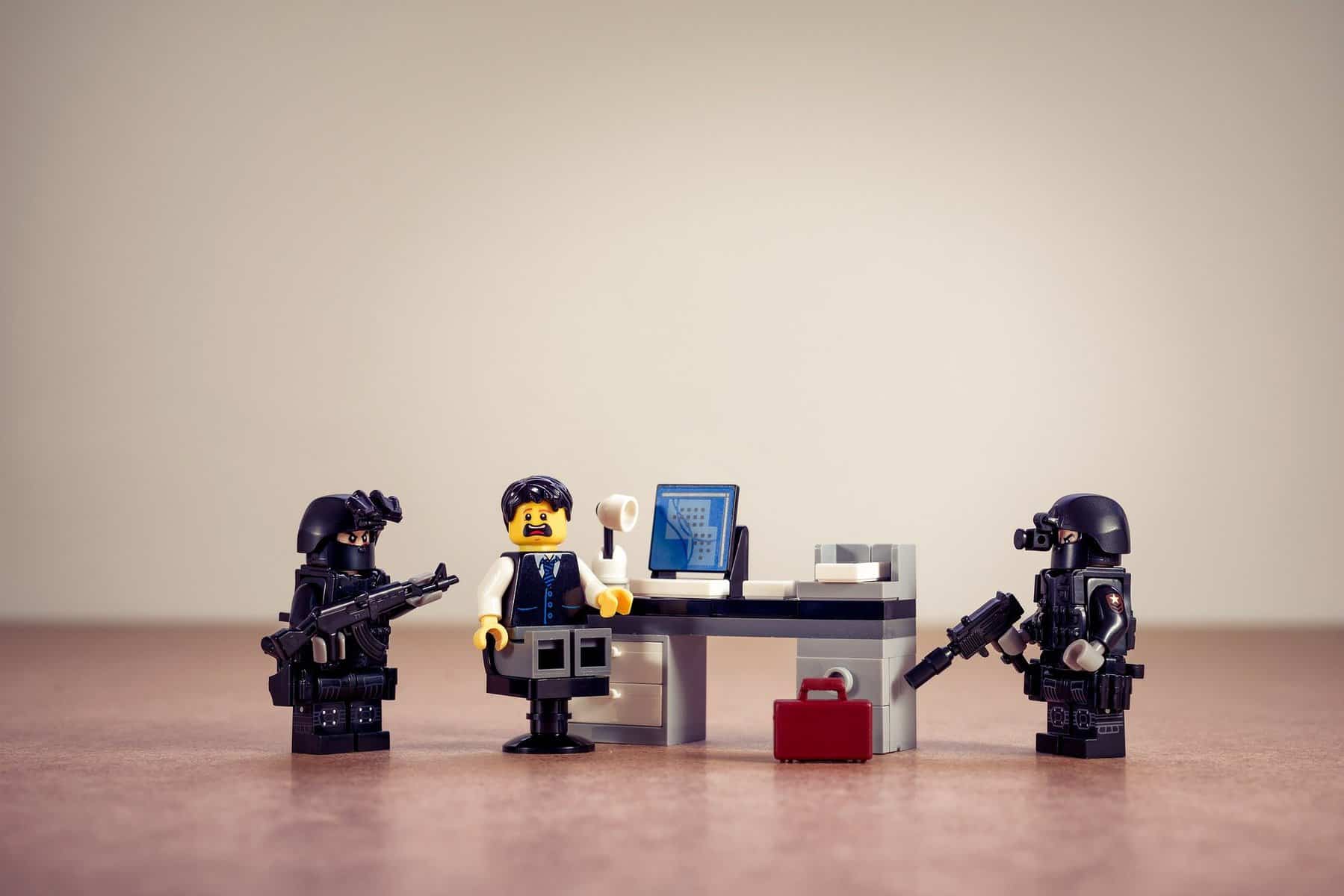 Mark Houck (48), a pro-life Christian, was arrested on Friday after dozens of FBI agents arrived at his house early morning and pointed guns at him even after he surrendered and cooperated. The FBI’s display of force towards Houck and his arrest took place in the presence of his family members including seven children.

The FBI used a major show of force to arrest pro-life Christian Mark Houck, 48, with dozens of agents reportedly descending on his home with guns drawn as Houck’s wife and children looked on in horror.

Early Friday morning the FBI arrived at the Houck’s residence in Bucks County, PA and began pounding on the door. Despite putting his hands up and willingly cooperating, multiple agents pointed guns in Mark’s face as his family – including his seven children – were forced to watch their dad “shackled” and taken away, according to family representative Brian Middleton, who spoke with CBN’s Faithwire.

The arrest was made on the basis of a minor argument between Houck and a Planned Parenthood volunteer, Bruce Love, that took place at a Philadelphia abortion clinic in October 2021. Houck has been accused of assaulting Love solely due to his role at Planned Parenthood but Houck’s family representative has denied the claims and stated that it was Love who verbally abused Houck’s son as a result of which Houck was driven to push him.

This massive display by the FBI – Houck claims 25-30 heavily armed agents were used to haul him in – raises serious questions as to why so much force was deemed necessary. The FBI raid stems from a minor altercation back in October 2021 with a volunteer at a Planned Parenthood abortion clinic in Philadelphia. Police were called, but declined to pursue the case because of lack of evidence.

The volunteer, 72-year-old Bruce Love (who is identified only as “B.L.” on the indictment), is familiar with Houck, as the two have crossed paths at the Philadelphia abortion clinic many times previously.

The indictment against Houck claims he “assaulted” Love only “because Love was a volunteer at the abortion clinic”. According to Houck’s family representative, that’s not what happened.

Houck was at the abortion clinic praying and ministering within his legal rights (on the sidewalk, not clinic property) when, according to Middleton, it was Love who approached
Houck’s 12-year-old son and began unleashing a string of vile comments, cursing the young man. That’s when Houck intervened, and eventually pushed Love in order to protect his son, causing Love to fall to the ground. That’s when police were called and eventually decided there was a “lack of evidence” of an assault taking place and declined to pursue the issue any further.

Love then filed a criminal complaint against Houck, but failed to show up to any of the court hearings, prompting the judge to dismiss the case.

Six days after the case was dismissed, Houck received a target letter from the DOJ notifying him he was the subject of a federal grand jury investigation. According to Middleton, Houck and his attorneys promptly replied to this notice, but never heard back from the government – until Friday morning when the FBI began pounding on their door.