Christians from Ethiopia to be barred from Israel at Easter 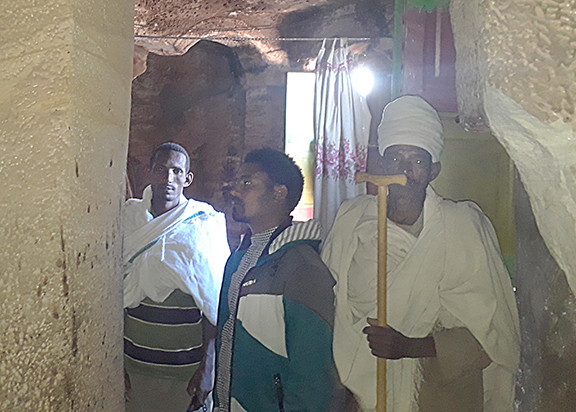 Israel is apparently barring Christians from Ethiopia from entering the country for Holy Week pilgrimages because the state fears they will not leave.

The country’s Population and Immigration Authority reportedly sent out a letter that said that, because Ethiopia is in the midst of a civil war, pilgrims who enter Israel for the Holy Week and Easter holidays, “will not head back due to it.” Times of Israel reports:

In response to the report, the population authority justified the policy, saying that “many tourist groups arriving from Ethiopia over the past years have indeed not returned and remained in Israel illegally.”

Most Christians in Ethiopia are members of the Ethiopian Orthodox Tewahedo Church, which has the distinction of existing centuries before colonization. The EOTC is part of the Oriental Orthodox Communion.

Israel has a complicated history with Ethiopians — and not just Ethiopian Christians. The Beta Israel community of Jewish Ethiopians has existed for centuries, though they lived in isolation from the wider Jewish community; some theories say they originate from the so-called lost tribe of Dan, and others say the source of their faith can be traced back to Menelik I, the son of King Solomon and the Queen of Sheba.

Israel first welcomed Ethiopian Jews in 1977, and by the late 1990s approximately 90,000 Beta Israel members had immigrated to the Levant. However, as the BBC reported in 2015:

Only 30 years after the arrival of the first Ethiopian Jews to Israel, and following recent violent clashes with the police, there is a broad acknowledgement that the state failed appallingly in absorbing the Jewish Ethiopian community.

To begin with, there was a lack of empathy in Israeli society for the hardships involved in leaving behind homes, relatives and friends who could not make the journey; not to mention the loss of family members and friends on the hazardous journey.

Upon their arrival in the Jewish state they met the inherent Israeli paradoxes involved in absorbing Jewish immigrants.

They were welcomed and granted the basic needs of accommodation, healthcare, education and general welfare.

However, this was done without sensitivity to their specific conditions and from the outset they faced discrimination and racism from the Israeli establishment.

Many in the religious establishment even dared to question their Judaism.

The decision took a step toward resolving an issue that has long complicated the government’s relations with the country’s Ethiopian community.

Some 140,000 Ethiopian Jews live in Israel. Community leaders estimate that roughly 6,000 others remain behind in Ethiopia.

Although the families are of Jewish descent and many are practicing Jews, Israel does not consider them Jewish under religious law. Instead, they have been fighting to enter the country under a family-unification program that requires special government approval.

Community activists have accused the government of dragging its feet in implementing a 2015 decision to bring all remaining Ethiopians of Jewish lineage to Israel within five years.