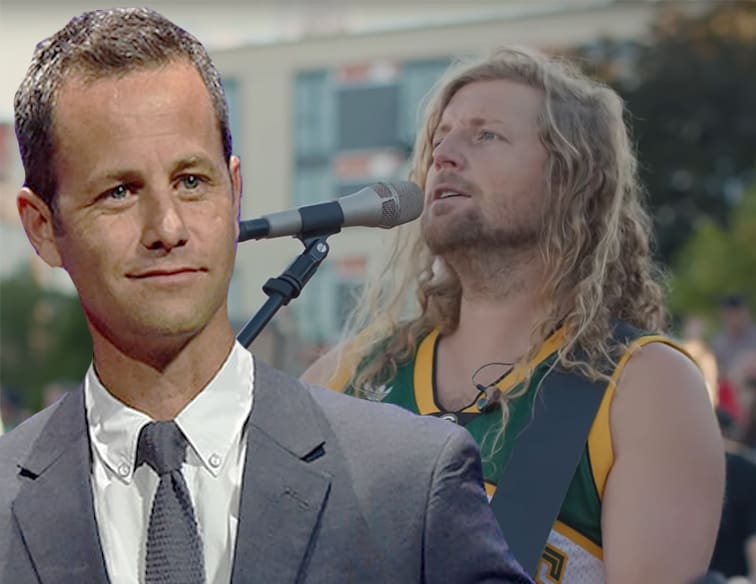 Christian singer-cum-politician Sean Feucht has made a name for himself in recent months leading “worship protests” at a number of events. On New Year’s Eve, he hosted another such event in Valencia, Calif., where most of the 2,500 attendees were maskless. During the event, which took place in an area with significant  COVID restrictions in force, attendees squeezed together and ran through the crowd at Feucht’s behest.

A stream of men and women can be seen running through a crowd of hundreds of screaming participants squeezed together.

This was actually my fav moment as hundreds ran to the cross giving their lives to Jesus,” Feucht wrote, followed by crying emojis. “The lost need Jesus and we must boldly preach him. No backing down!!!”

During the same evening, actor Kirk Cameron likewise hosted a gathering on a beach in Ventura County. Cameron has defied COVID restrictions a number of times, and though authorities have spoken against his gatherings, he has continued to host them.

“We need to be listening for the voice of God, rather than being distracted by the noise of men. … And let’s let our 2021 be a year of trumpets and shouting,” Cameron said in a video posted on his Instagram page, which showed a crowd shouting and clapping in response to his sermon. Most did not wear masks.

In recent weeks, Cameron has openly defied COVID-19 mandates to wear masks and physically distance from others, claiming they violate civil and religious liberties. He recently hosted two caroling events in Thousands Oaks that also came under fire from public health authorities.

Read the full story at the LA Times.