Op-ed: Faith beyond the factions of Kirk or Picard, Cephas or Paul 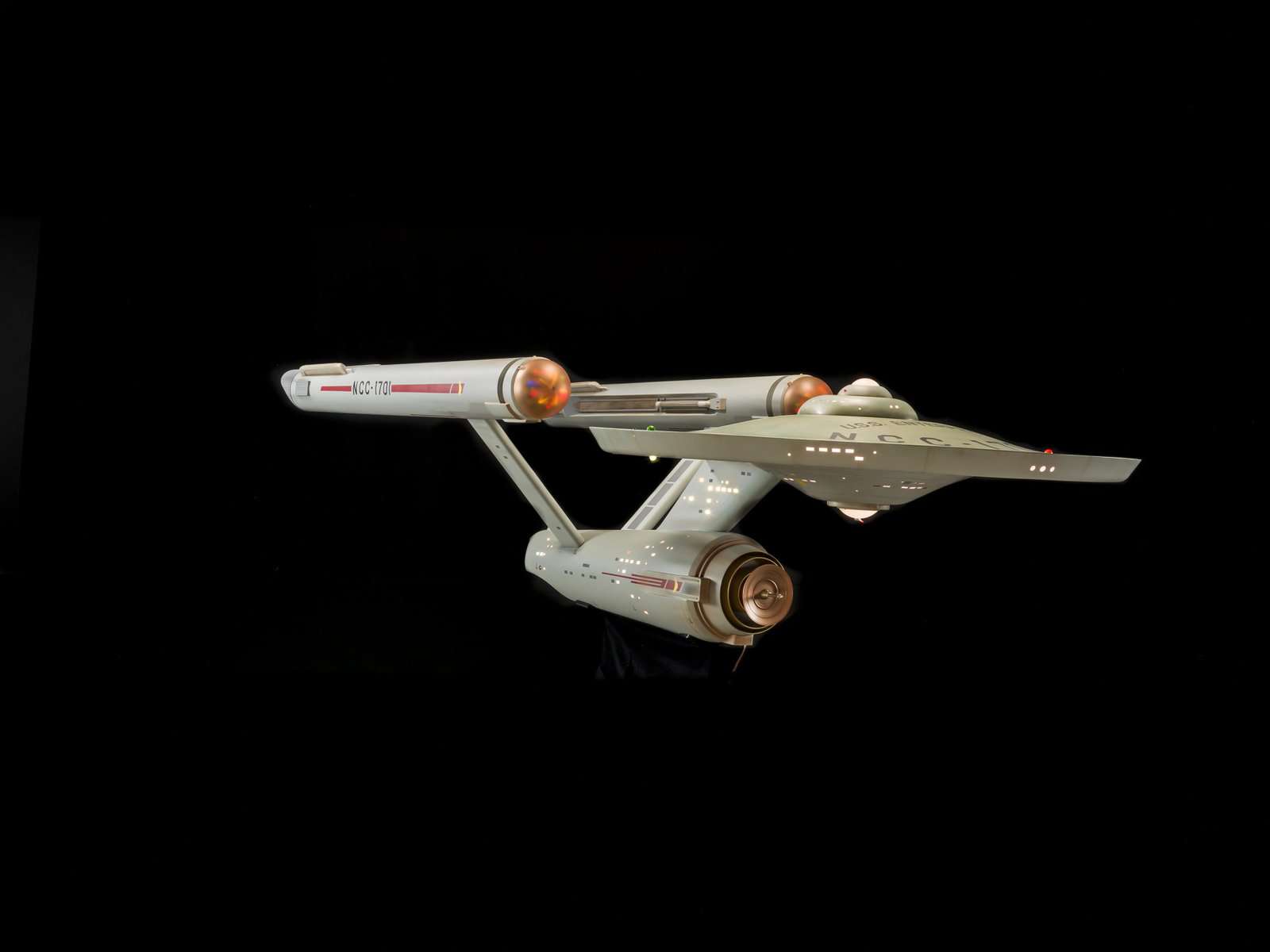 Something has happened in our society that I never would have anticipated 20 years ago. But this issue started about 20 years ago, and in the past 10 years, it has really picked up.

And here’s what it is: science fiction and fantasy are now considered cool.

I can remember when this wasn’t the case. Nowadays there are eight or 10 big-budget sci-fi or fantasy movies a year. I remember the days when you had to wait two or three years for any fantasy movie to come out, and when it did it probably wasn’t even any good. Looking for literature, you had to dig – and I mean really dig – through used bookshops for a dogeared copy of Dune or you had to hope that the library got a new copy of The Once and Future King after somebody stole it.

And it was definitely not cool to be seen reading Isaac Asimov or Ursula Le Guin. 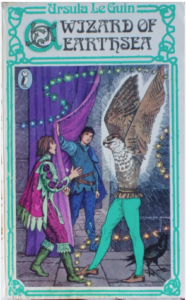 People would definitely make fun of you for reading books that had those corny, gauche paintings of dragons or spaceships on their covers.

This brings me to fantasy factionalism. Because it wasn’t cool, people drew hard lines. They took strong ownership of the titles and characters they were invested in.

To illustrate my point: I once saw two people nearly come to blows during a debate about which was better, Star Trek: The Original Series, or Star Trek: The Next Generation. Sure the shows were both about the crew of the starship Enterprise traveling through space, the final frontier and boldly going where no man has gone before, and sure, the structure of the episodes was similar and the crews faced similar challenges, but it all really came down to one key debate: who was a better captain, James T. Kirk or Jean Luc Picard?

And that is kind of the dynamic you can observe in the epistle reading for Epiphany III, although at a much more serious level.

Christianity wasn’t cool at the time that the church in Corinth formed.

It was socially dangerous to be associated with it, so of course the members were fiercely protective of what they thought made that membership important.

Unfortunately, instead of being unified around the thing that brought all of them together, they did what large groups of people will often do when they come together – they found a reason to start dividing into factions. And those factions centered around a person or personality or whatever it was that they thought that person or personality represented.

The four camps in the argument all centered around a name. You have Paul, Apollos, Cephas, and Christ. Notably, there’s no indication here that Paul, Apollos or Cephas were actually involved in any of the in-fighting in any way.

Based on what Paul writes, we might draw some conclusion that the lines that had been drawn were based on who baptized who since Paul makes sure to name-drop the people who he baptized and then says he was glad that he hadn’t done more.

So maybe you’ve got one camp who thinks they’re better than the other because they were baptized by Cephas – Peter – because he was one of the original 12 apostles.

Then the Paul camp can line up to make their claim of superiority because Paul was important enough that Jesus gave him a special revelation on the Damascus road.

We know from the Acts of the Apostles that Apollos was an educated, articulate speaker, so the Apollos camp may have been with him because he was educated and articulate,  or because – based on his name – he’s Greek like a lot of them.

And then you have the camp that says they’re with Christ. The problem is that they probably aren’t with Jesus so much as they just want to tell everyone that they’re better than all of them because they aren’t lining up behind a personality. They’re not choosing a side but they are being factious anyway.

We also know that at one time there were some differences between all of the personalities named. Cephas had at one time sided with the Judiazers, who said that before someone could become a Christian they had to become Jewish first. Paul had been on the other side of that debate, saying that the invitation to salvation through Jesus was open to everyone regardless of their background.

Apollos had come at a different time. He had been a disciple of John the Baptist, and the book of Acts says that he preached eloquently in Jesus’ name but that he didn’t always have everything right and had to be corrected – which, it should be noted, he did without a fight.

So maybe those old theological debates were still simmering in the background even though the main players had settled and buried them long ago. A dynamic often at play in internecine debates is that followers aren’t always willing to forgive followers even if leaders are.

That may not have been the only thing at play, though. Later in the letter, we learn that there are also class problems happening in the church at Corinth — and I don’t mean problems of classiness. There were issues between social classes, and the rich people of the church were not treating poor people with proper dignity. Saying that you were with Paul, or Apollos, or Cephas may have been your way of saying that you weren’t with those snooty you-know-whats who got drunk at communion and ate all the food before the poor people even got there.

But we can note that in this letter, Paul doesn’t actually say what the divisions are – everyone involved knows what they are, and bringing them up isn’t going to help.

He instead says that everyone needs to step back and remember what it was that brought them all together, the thing that made them foolish to the world – the thing that made them uncool. He’s telling them that what’s much more important than who baptized you or what theological school you belong to is the cross of Christ, which may look foolish to the world but which is saving all of you by the power of God. Who baptized you is nothing compared to the person whose work ties this whole church together – Jesus Christ.

Later on in the letter he quotes from the prophet Jeremiah, “Let the one who boasts boast in the Lord.” Forget Paul. Forget Cephas. Forget Apollos. Claim Christ but claim Christ because you realize what God has done for you, and what you can do with that.

God is bigger than our differences. You can look at this passage and say that it’s the first call for ecumenical work. In a time when there was only one church in the city, there were already four denominations.

The Corinthian letter doesn’t tell the church there to ignore their differences. It goes on for 15 more chapters after this reading to talk about how to settle their particular issues.

Likewise, the reading doesn’t say not to debate your beliefs. And it doesn’t say don’t draw healthy boundaries when you’re having those debates.

Those things are important. There’s a reason I’m a member of the church that I am. But my calling isn’t to say, “I am of Michael Curry” or – God help me – “I am of Samuel Seabury”. Instead, it is to say, “This empty cross and this empty grave are a demonstration of the power of God. Let us rally around that.”

When it comes down to it, this passage is not a simple call to gloss over our differences. It is not a call to pretend that secondary matters do not matter. There is both honor and powerful witness in not associating with people whose bad beliefs harm not only themselves and others but also the cause of Christ.

Nevertheless, this short passage is a call to remind ourselves and others that the foolishness of the cross is the power of God, a God who is love and whose message always opens wider pathways than our understanding –  or our debates –  or our labels would have you believe.

The cross wasn’t cool in Corinth, and God’s love wasn’t divided proportionally based on how right or wrong each group was. God doesn’t operate using zero-sum maths.

God is not beholden to our boundaries, and when we claim that we have narrowed the truth of God down to our little sect, or that we are better than those who are not in that sect, we can return to this passage and we can remember that in the end we do not find the power of God in our orthodoxies –  or in our allegiances – or even in the hands that guided us out of the baptismal waters.

Stand your ground when necessary. Speak out when people attempt to use the name of Jesus to divide instead of unite.

Always remember that Christ is not divided, and any stand we make on the cross – any time we stand on the power of God – we are called to union not only with God but with anybody who would stand on that power.