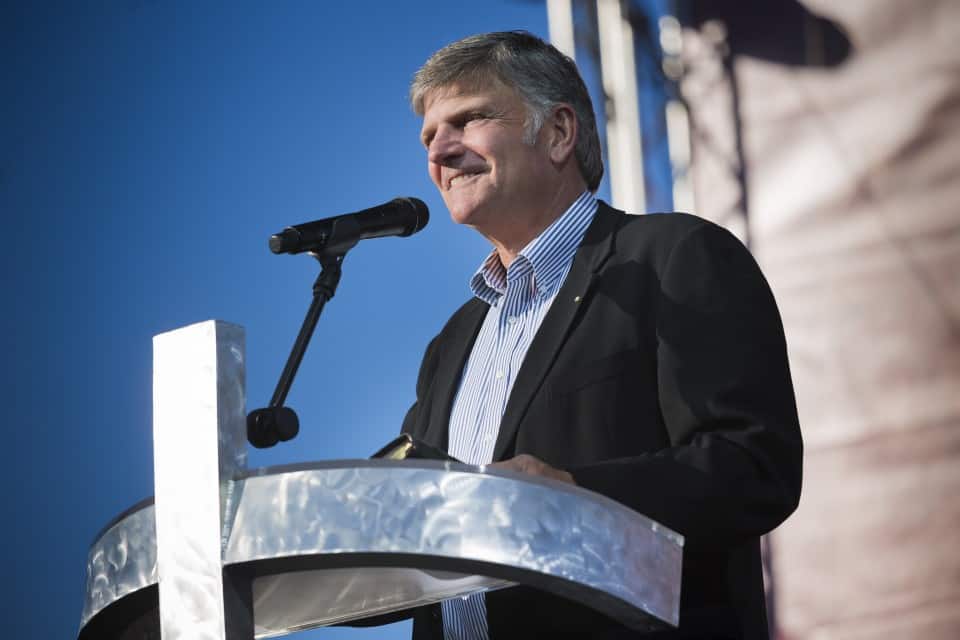 Faithful America has sponsored a petition that has elicited over 25,000 signatures, calling for Franklin Graham to be fired from his roles at Samaritan’s Purse and the Billy Graham Evangelical Association.

As long as Samaritan’s Purse and the Billy Graham Evangelistic Association stand by Franklin Graham, it must be said that these once-vaunted organizations have forgotten their original Christian missions, abandoned the Gospel of Jesus Christ, and are complicit in the spread of dishonest, discredited election conspiracy theories and the deadly, unpatriotic, white-nationalist terrorism at the U.S. Capitol incited by those lies.

Our faith in Jesus Christ demands that we do better than this. Your fellow Christians from across the country call on you to fire Franklin Graham, or to resign from the Board in individual protest.

Franklin Graham expressed his support for former President Donald Trump’s claims that the election was rigged and stolen. Jason Lemon of Newsweek reported on the petition:

Faithful America describes itself as the nation’s largest online community of Christians organizing for social justice. The organization, backed by thousands of supporters, previously called on Samaritan’s Purse to remove Graham as its CEO after he prayed at the Republican National Convention in late August of last year.

“The petition is in response to Graham’s discredited and incendiary claim that the 2020 election ‘was rigged or stolen,’ the type of misinformation rhetoric that inspired the failed coup of January 6 and likely contributed to the presence of signs like ‘Jesus 2020’ and ‘Trump is my savior, Jesus is my president’ at the preceding ‘Stop the Steal’ rally,” Nathan Empsall, Faithful America’s campaigns director, wrote in a Tuesday email to Newsweek.

Paul Saber, who serves on the boards of directors for Samaritan’s Purse and BGEA, dismissed the petition in a statement emailed to Newsweek.

“The Boards of Directors of Samaritan’s Purse and the Billy Graham Evangelistic Association have expressed that they fully support Franklin Graham and are more than satisfied with the job he has done and is doing in leading these ministries to bless people in over 100 countries around the world,” he added