Pope at Easter: Strive toward peace 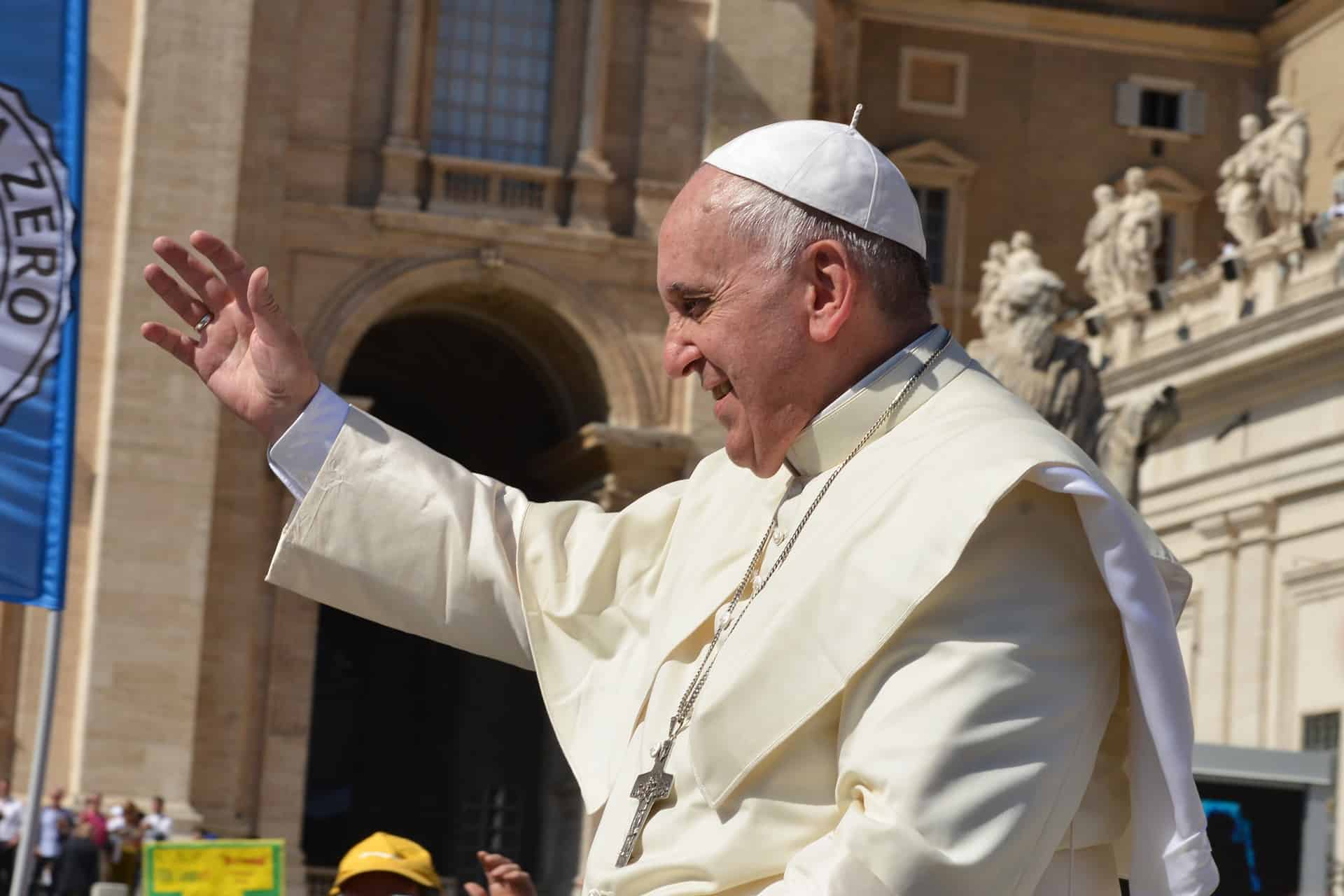 In an Easter message, Pope Francis implored world leaders to strive toward peace.

The address was delivered for the first time to live viewers since the start of the pandemic. Almost 100,000 people were present, including Ukrainian officials. The Pope appealed to world leaders to not get habituated to war and urged them to commit themselves to bringing peace “from our balconies and in our streets.” Religion News Service reports:

In his Urbi et Orbi address on Sunday (April 17), Pope Francis, who had called for an Easter ceasefire in Ukraine, made yet another impassioned appeal for an end to the fighting, urging leaders to demand peace “from our balconies and in our streets.”

Ukrainian flags filled St. Peter’s Square, and among the audience of about 100,000 was a delegation of Ukrainian officials.

“Please, let us not get used to war! Let us all commit ourselves to imploring peace, from our balconies and in our streets! May the leaders of nations hear people’s plea for peace,” he said.

Sunday’s Urbi et Orbi, normally delivered on Easter and Christmas, was the first since the beginning of the pandemic to be given to a live audience. Two years ago, Francis stood alone in the rainy square as the death toll from the COVID-19 pandemic and reminded a remote audience of the importance of coming together.

But today, instead of coming together, nations and people have drifted further apart, the pope said on Sunday (April 17).

“We emerged from two years of pandemic, which took a heavy toll. It was time to come out of the tunnel together, hand in hand, pooling our strengths and resources,” Francis said. Bemoaning the conflicit in Ukraine, he said the world has chosen instead to embrace what he called “the spirit of Cain,” a reference to the murder of Abel by his brother Cain in the Bible.

Referring to this year’s Easter as the “Easter of war”, the Pope said that we need Christ to come out of this crisis and also to have faith in the triumph of love and to look forward to reconciliation.

Amid this “Easter of war,” the pope said, “we need the crucified and risen Lord so that we can believe in the victory of love, and hope for reconciliation.”

The pope asked for peace in Ukraine, “so sorely tried by the violence and destruction of the cruel and senseless war into which it was dragged.” He emphasized the need for “a decision for peace,” to replace “the flexing of muscles while people are suffering.”

Francis reflected on the many victims, children, refugees and the elderly whose lives have been uprooted by war not only in Ukraine, but also in the Middle East and in Africa. The pope has long warned of a third world war fought “in pieces,” in Syria, Lebanon, Iraq, Myanmar and Afghanistan.