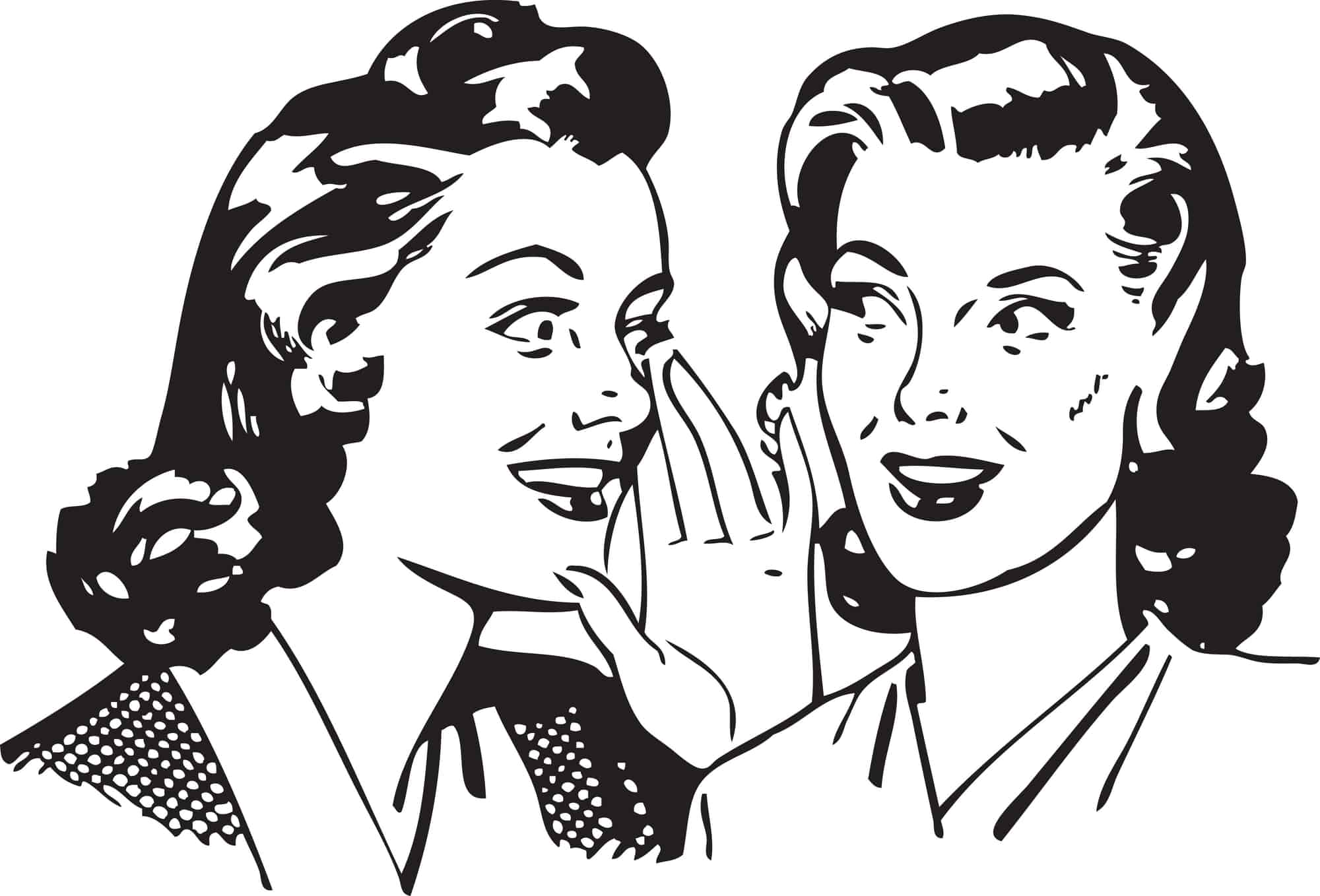 If you have grown up in the evangelical church or spent much time in it at all you have heard discussions about gossip. There is no doubt that gossip is condemned in scripture. But, I think, gossip is also very misunderstood.

I’ve seen in Church and Christian College situations where a leader begins calling out gossip when he is doing things wrong and people start to notice. In evangelical circles, an admonition about gossip is a very powerful tool of manipulation. Sure, the leader may be failing in his responsibility but if you talk about it you are gossiping and you are guilty of your own sin. It is an amazingly powerful way for an abusive leader to keep people silent.

I have also seen personal situations where people feel that talking about a situation or a challenge is gossip. This means that the person doesn’t want to talk about abuse they are experiencing because it would be gossip or a person not wanting to share a challenge in their life that involves another person because that would be gossip. 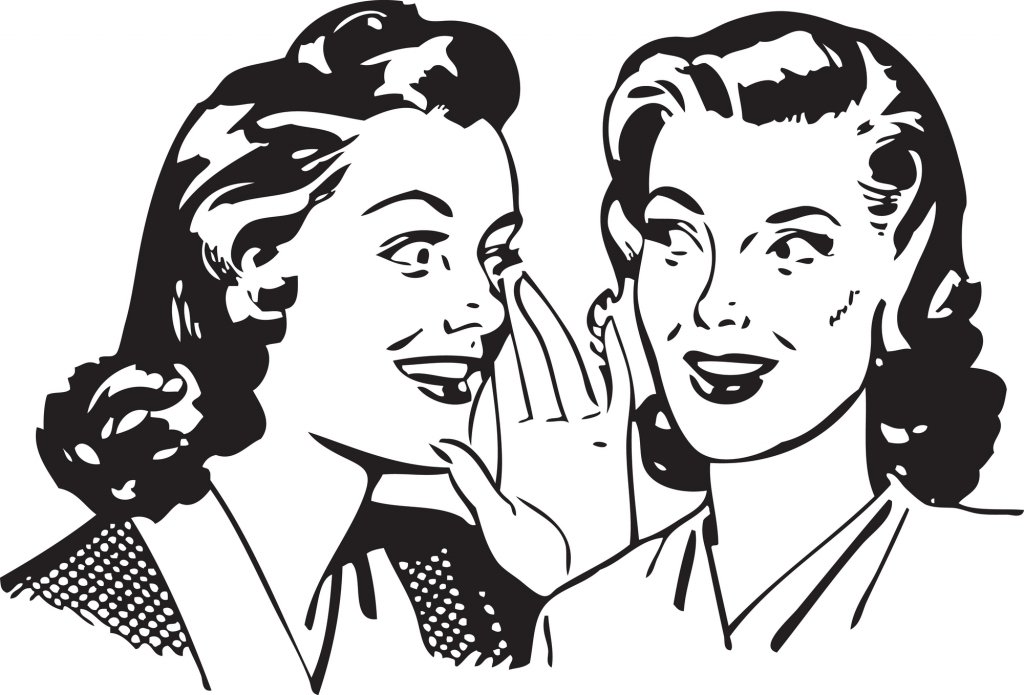 Recently, I had a conversation where this came up. I was convinced that the person was not actually gossiping while they were certain they had been and felt guilty for it. So, I did a quick internet search to see what people said about gossip. What I found was consistent with so much of the talk I have heard about gossip in the church. The article I read started off talking about how people minimize their gossip as not being that big of a deal and then quotes Romans 1:29-30:

“They have become filled with every kind of wickedness, evil, greed and depravity. They are full of envy, murder, strife, deceit and malice. They are gossips, slanderers, God-haters, insolent, arrogant and boastful; they invent ways of doing evil; they disobey their parents; they are senseless, faithless, heartless, ruthless. Although they know God’s righteous decree that those who do such things deserve death, they not only continue to do these very things but also approve of those who practice them.

The author then exclaims, “Yikes! Gossip is listed among some very serious offenses in this passage, making it clear that there is nothing trivial about it in the eyes of God.” This is exactly how I have heard gossip taught in the church. “You think it isn’t that bad but look what God places it next to.” I fully agree that we need to ground our understanding of how serious something is with how God thinks about it. Yet, we also have to ask if what we mean by gossip is the same as what God means by gossip.
The article argues that we gossip whenever we:

Again this is consistent with the teachings I have seen in the Church. I’ll set aside, for now, that not all the proof texts actually say what the bullet points say. I know many people who are constantly riddled with concern about whether or not they are gossiping. With the definition above, it can be hard to tell between benign talk around the water cooler at work and gossip. There are people who struggle to live in grace because they are so concerned that something they say may actually be gossiping and they just don’t realize it.

Gossip is about stirring up conflict not seeking to solve issues.

I submit it isn’t benign talk around the office cooler that is listed among murder, greed, and depravity in Romans 1. Our understanding of gossip is more influenced by its use in popular culture and media than its use in scripture. I know people who are afraid to deal with real issues because they are afraid to gossip. That is exactly how the abusive leaders I referenced at the beginning of this essay want those under them to understand gossip. Discussing an issue is different from gossip. Gossip is about stirring up conflict rather than seeking to solve issues. Proverbs 16:28 is a good example, “A perverse person stirs up conflict, and a gossip separates close friends.” Hebrew poetry uses parallelism meaning that the two clauses are not describing different instances they are describing the same situation. The person stirring up conflict is the gossip that separates friends. Further, look at the thrust of the surrounding verses:

“A scoundrel plots evil, and on their lips it is like a scorching fire. A perverse person stirs up conflict, and a gossip separates close friends. A violent person entices their neighbor and leads them down a path that is not good. Whoever winks with their eye is plotting perversity; whoever purses their lips is bent on evil.” (Proverbs 16:27-30)

Gossip is a malicious act aimed at causing harm, stirring up trouble. It is not speaking truth to a friend or family member.

The Hebrew word translated as gossip in the verses in Proverbs referenced in the above bullet points is nirgan which essential means slandered. Similarly, the Greek word psithuristes translated as gossip in Romans means a secret slandered. These are serious words about a serious issue. The issue in biblical gossip isn’t having too loose of a tongue- though that is an issue. The issue is seeking to harm and stir up trouble. It is an issue of slandering another person not something we accidentally let slip or saying a little too much in a conversation with a friend.

This issue is a concern for me for a couple of reasons. One is that, as I stated above, I have seen abusive personalities in the Church use a faulty theology of gossip as a way to protect themselves from the consequences of their own sins. I have also seen people who are constantly worried about crossing that invisible line from okay speech to gossip. I am not saying we shouldn’t guard our words. We should! But, I am also saying that more importantly, we need to guard our hearts. Gossip isn’t something we accidentally do. It is something that we do for the express purpose of causing harm. And, if we do fail and our hearts do seek the harm of another- we need to forgo the guilt and remember that the God who is Truth is a God of prodigal grace.

This essay is from our Anastasis Series where we resurrect articles from the past that are either still relevant today. This piece was first published on March 25, 2016, and has been lightly edited and updated.