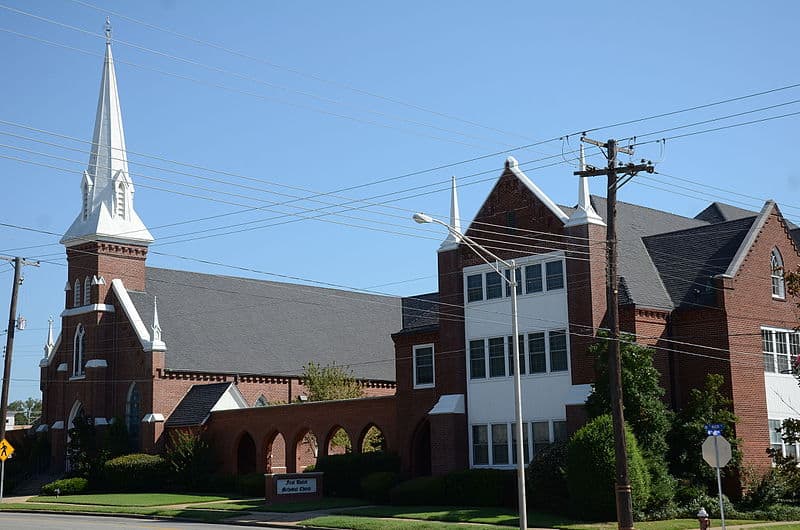 While the Arkansas Conference of the United Methodist Church ultimately voted to allow 35 churches to officially disaffiliate from the UMC during its November special session, three of the churches seeking to do so were not given approval to do so.

The churches are seeking to leave the denomination because of differences over social issues, especially concerning same-sex marriage and the ordination of LGBTQ+ people. The disaffiliation movement has accelerated in recent months with the launch of the Global Methodist Church.

During a special session of the Conference in mid-November, 38 Arkansas churches presented requests for disaffiliation. The session’s minutes say that delegate the Rev. Nathan Kilbourne of Jacksonville First United Methodist Church introduced an amendment to the session rules that would allow the group to vote on churches seeking disaffiliation as a block. The churches that would be included in the block were those that had more than 90 percent of their congregations’ vote in favor of disaffiliation.

“Those under the 90 percent threshold would be voted on individually,” the minutes read, continuing later:

The motion to ratify the disaffiliation agreements between the Board of Trustees and the 25 local churches above the 90 percent threshold was APPROVED by a vote by a count of hands.

After the votes for individual disaffiliation for churches that were not included in the initial block were counted — most of those were also approved — three did not receive approval. They included the First United Methodist Churches of Cabot, Jonesboro, and Searcy.

In Jonesboro, even though the church had voted for disaffiliation, a group has formed in recent months to advocate for staying with the denomination. Some of the 412-member Stay UMC Jonesboro group have been having worship services apart from the church — one of the largest UMC congregations in the U.S. — at a local performing arts center. KATV reports:

Stay UMC Jonesboro said on social media that they are thankful for the vote recognizing concerns raised about the disaffiliation process at FUMC Jonesboro.

“We are truly grateful to those who heard and understood our plight and found the strength to stand up for and defend the UMC and advocate justice over inequity, unity over division, giving voice to the voiceless, and acknowledging the generations of faithful United Methodists who built, served, and worshiped in the space we hold so dear,” said Stay UMC.

Brother John, the FUMC pastor, posted a video on the church’s Facebook in response to the Conference’s vote against disaffiliation.

“We were denied disaffiliation by the United Methodist Conference. Now that’s very discouraging, but it’s not the end of the line,” he said. “There is much more we can do and we will regroup and think about it.”

Northwest Arkansas Online reported that concerns about denominational representation in a region was part of why the vote for FUMC Cabot’s disaffiliation failed:

Cabot (79% in favor) was the first to fail. The congregation, with average weekly attendance of 485, had endorsed disaffiliation by a vote of 234 to 63.

Disaffiliation opponents Saturday said approval would leave Cabot without a United Methodist congregation. They also read statements from unnamed members of the congregation who criticized the way the disaffiliation discernment process had been handled there.

After floor debate, the motion to ratify failed to receive the necessary majority support, with 296 voting yes and 310 voting no.

Opposition to the Jonesboro First United Methodist Church disaffiliation agreement was more pronounced, with 254 voting yes and 335 voting no.
Speakers criticized the fairness of the process at both congregations, questioning whether they had been laity-driven.

After the disaffiliation votes, Bishop Gary Mueller — who presided over the special session — released a statement:

To move forward with a complete disaffiliation, the 35 churches who received a majority vote will need to finalize the detailed steps in the agreement. Those pieces include: setting up a new legal church entity with the Secretary of State; transferring property and other assets to the new entity, and completing payment obligations to the United Methodist Church. Once all steps have been completed, the church will be permitted to transfer property to the new entity.

The three churches who did not receive ratification for disaffiliation, have the option to restart the process or resubmit to the next called session, which date has not been officially announced yet.