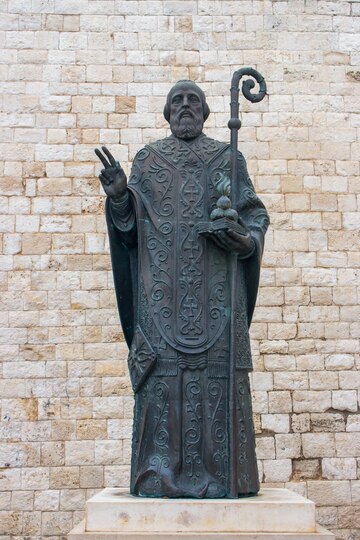 According to a report, the discovery of the tomb of St. Nicholas has been confirmed. St. Nicholas is the man who in history we know as “Santa Claus”, a fictional character today. St. Nicholas was bishop in Turkey 1600 years ago. He was known for handing out gifts to the community during Christmas.

The tomb was found under a church that had been submerged by rising sea levels during the Middle Ages. On its foundation sits a newer church that is still functioning.

The first discovery occurred in 2017, when the Byzantine church, where St. Nicholas supposedly served as a bishop, was found. Archaeologists managed to find the remains of “Santa Claus” about five feet below the marble slabs.

Faith Wire editor Tre Goins-Phillips published an article with details about it:

One theory as to why the famed saint’s tomb has been so difficult to locate is because it possibly shifted during an earthquake and — as a result — was undiscoverable until modern technology allowed experts to scan for artifacts deep beneath the surface of the ground.

“There is a grave and it seems more magnificent, more special, than the ones in the church,” one researcher told The Sun. “Other priests’ graves were at the corners but this holy one is in the middle.”

The researcher added, “This is a mystery since, although there was an earthquake, these walls look undamaged.”

Another of the actions for which Saint Nicholas was celebrated is for placing coins in people’s stockings. That was revealed as another of his acts of generosity, which is remembered to this day. He was born 270 years after Christ, according to records.

If you want to read more about this news, enter here.