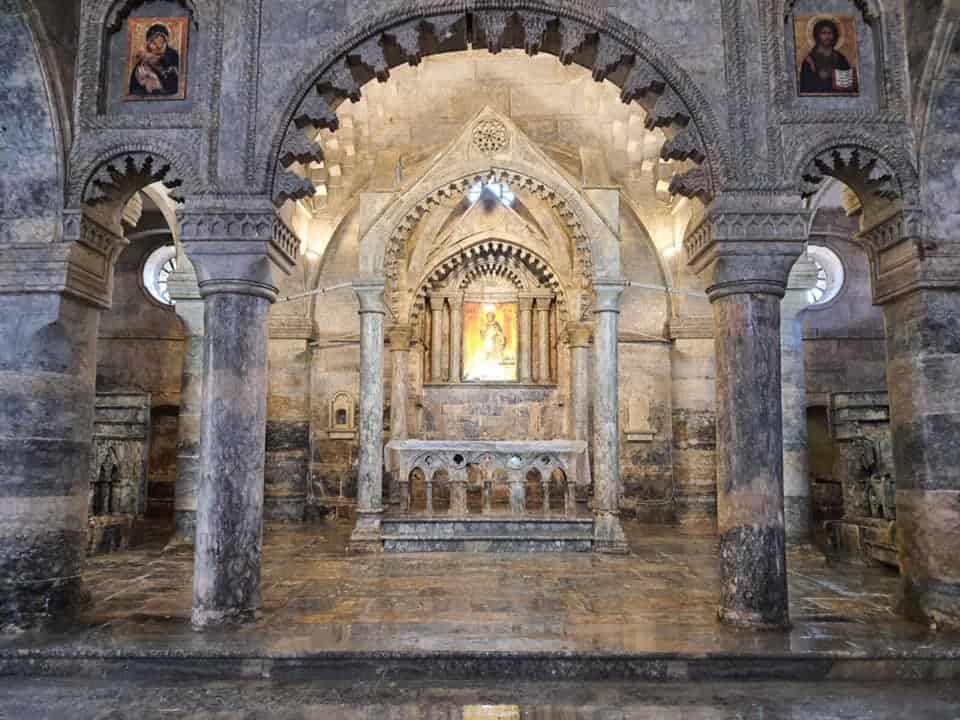 Several ancient relics as well as parchments belonging to a number of saints have been discovered during the restoration process of the Syriac Orthodox Mar Thomas Church in the Iraqi city of Mosul.

The restoration follows heavy vandalization of the church  by ISIS. The discovery includes six vessels containing inscriptions in Aramaic, made by saints and also various manuscripts written in Aramaic and Syriac. The relics discovered are associated with saints who have played a pivotal role in the history of Christianity. This included one of Jesus’ first apostles, Saint John, and also Saint Simon ‘the Zealot,’ an apostle of Jesus from the first century and Saint Theodore, a 3rd century Roman soldier who was beheaded for converting.

Laborers doing restoration work at the historic Syriac Orthodox Mar Thomas Church in Mosul which was severely damaged by ISIS, have uncovered some one dozen ancient relics and parchments belonging to several saints.

According to a report in PIME AsiaNews, a news agency of the Catholic Pontifical Institute for Foreign Missions, six stone containers with Aramaic inscriptions of saints and several manuscripts in Syriac and Aramaic languages were found.

One of the stone containers bore an inscription relating to Saint Theodore, a Roman soldier born in the province of Corum, Turkey in the 3rd century CE and beheaded for having converted, said the news report.

Other reliquaries – containers for holy relics – discovered were connected to Saint Simon ‘the Zealot,’ a first-century apostle of Jesus; Mor Gabriel, bishop of the Tur Abdin hilly region situated in southeast Turkey from 593 to 668 CE; relics of Saint Simeon the Wise from the 1st century CE, who, according to Christian tradition, welcomed the infant Jesus in the Jewish Temple of Jerusalem; relics of Saint John, one of the first apostles of Jesus, also known by his Hebrew name Yohanan ben Zavdi, and relics of celebrated writer and Syrian Orthodox Regional Primate Saint Gregory Bar Hebraeus, who served in the position from 1264-1286 CE.

The parchments that were discovered were kept inside glass bottles.

It is unclear where in the church the reliquaries and parchments were found or who hid them in the church, though it is possible that before they fled priests from the church hid the relics to protect them from destruction by ISIS which throughout its hold in Iraq and Syria destroyed countless precious cultural heritage and archaeological sites, Muslim and Christian places of worships, and smashed priceless antiquities in museums.

The original church structure dates back to the seventh century, famed for its claim that the Apostle Thomas lived there for a time. It was heavily damaged during a siege in the 1740s and rebuilt in the 1800s.

The church was in use until 2014, when ISIS occupied the city and vandalized it. It was subsequently severely damaged during the battle of Mosul in 2016-2017.

Starting in 2021 a one-year, $328,000 restoration project began at the church through the Geneva-based International alliance for the protection of heritage in conflict areas (ALIPH) in collaboration with the Iraqi State Board of Antiquities and Heritage (SBAH).