A pastor to Mars? Priest works with Nasa on Perseverance mission 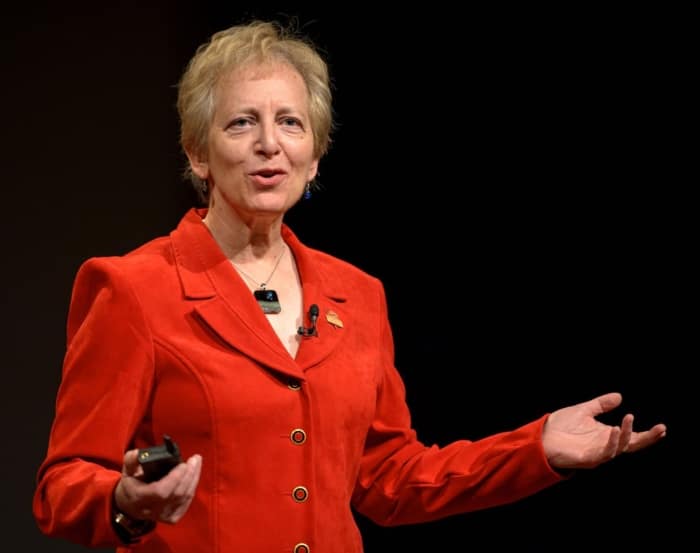 When the Rev. Pamela Conrad prays for the peace of the world, she might not always mean this world. She is, after all, the pastor to Mars.

The rector of St. Alban’s Episcopal Church in Glen Burnie, Mary., Conrad also serves as a scientist working with NASA. She was on the design team that developed sensors that are now transmitting data back from Mars as part of the Perseverance mission.

Episcopal News service reports that she works with data cameras that have transmitted more than 25,000 photos.

Conrad, 68, has been working for the National Aeronautics and Space Administration since 1999 on projects including the Curiosity rover, which landed on Mars in 2012. Priesthood is a more recent vocation; she was ordained in 2017 and has continued her scientific work on the side since becoming a rector.

“My full-time job – and I’m very clear about this – is as a priest. And my second thing that I do is the science because the science informs my ministry as a priest,” Conrad said.

She told ENS that the scientific and spiritual worlds have always been intertwined for her, united by a sense of wonder. From an early age, she remembers “being very in touch with the general concept of nature and God.”

“I think that the evolution of me as an explorer with respect to this world as well as other worlds, and also as an explorer of the vast spiritual landscape that’s internal, have both been present, always,” she said.

The scientifically pedigreed priest left the church as a young woman, but felt a calling back even as she worked in the field as a scientist.

Two moments of epiphany gave her some clarity. On a trip to Antarctica, she stood and stared at a distant mountain range as the wind pounded her face and “felt all the anger that I had about the church just blow out of me. … It was a road-to-Damascus moment.” Then, at a rally against Proposition 8 – the 2008 California ballot initiative that banned same-sex marriage in the state – she was saddened by an encounter with anti-gay Christian protesters who were screaming in anger, along with their children.

“I remember thinking, ‘If I had stayed in the church, perhaps I could have been a voice of kindness and love and there wouldn’t be little children yelling,’” she told ENS. “That’s when I thought, ‘I’m going back to church, and I’m going to stay until I can develop my own leadership within the church.’”

At first, she worried what her scientific colleagues would think about her entering the ordination process, but it ended up confirming her call to ministry.

“I was afraid to tell them,” she said. “As it turns out, no one thought it was weird. In fact, they began to come to me in a pastoral sense. And I was surprised. That was a good lesson – that I should not prejudge people, and that we all have the need to connect in community, no matter how nerdy we are. … I think you always deal with people on a pastoral basis, whether you’re relating to them on a science project or you’re relating to them in a congregation.”

Now, with her role as a full-time rector, she must balance her participation in the Perseverance mission with the responsibilities of a parish priest. She only takes night shifts if she knows she can sleep in the next day, and she finds a substitute if something comes up, like the recent death of a parishioner.

“It’s difficult to draw the line sometimes … but I have to be disciplined about that, because the pastoral needs of the people in my congregation are my highest priority.”