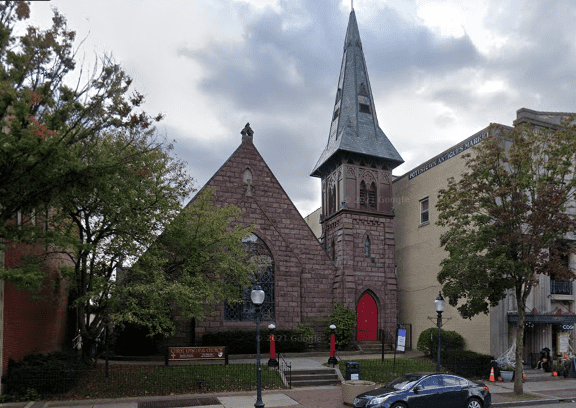 Zoning officials in a Pennsylvania city are ordering two churches to stop feeding people and offering services to those in need, saying such community aid exceeds the municipality’s definition of “church”.

The churches, Mission First and Christ Episcopal Church of Pottstown, Pa., are both located on the city’s High Street, and are within blocks of each other.

Mission First’s offerings include a never-closed food pantry and refrigerator, a charging station and a weekly free meal of which between 80 and 120 people a week take advantage.  Christ Church likewise serves a free meal and operates a pantry offering essentials. WHYY in Philadelphia reports that the citations the city zoning office issued to the churches say, “It is the opinion of this office that the use of the property has changed, and by definition, is more than that of a church.”

The zoning code definition of “church” that the city uses is, “A building wherein persons assemble regularly for religious worship and that is used only for such purposes and for those accessory activities as are customarily associated therewith.”

Both the churches have until July 10 to contest the citation, or to appeal to the zoning hearing board.

“Everything we do is what a church should be doing…We’re feeding the needy… We’re helping the community,” said Schilling.

Other churches in the community offer similar services but have not been given citations.

The notices said the churches haven’t applied for zoning relief ordinances to continue the “non-permitted” uses, the uses that go beyond Pottstown’s definition of a church. But Schilling said she believes the reasons for the citations go deeper.

“[It’s] because we’re on High Street,” said Schilling, who said the borough has been working on developing the area. And she said it seems the borough doesn’t want unhoused people to be so visible.

“They don’t want them to be seen… It is very disheartening that I live in a town that does that to the needy,” said Schilling.

The Pottstown Borough manager, Justin Keller, and Codes and Enforcement Director, Keith Place, did not respond to WHYY’s requests for comment.

One of the problems for the churches is that they consider the activities that the city wants them to stop part of the normal work of their church. Episcopal News Service reports.

The Rev. Dennis Coleman, deacon at Christ Church, told Episcopal News Service the parish does not intend to stop the programs, nor will it apply for a variance. Parish leaders are working with attorneys and the diocese to determine the next steps, he said.

“We are going to speak out against this. It is a higher calling to do this work and we will not stop doing it,” Coleman told The Mercury. “This church has been here for 250 years and as long as anyone can remember, it has been of service to the community in need.”

“This is the very definition of our faith – to embody Jesus and serve all people, especially the poor,” Pennsylvania Bishop Daniel Gutiérrez wrote in a statement to Episcopal News Service.

Schilling said Mission First does not plan to submit an application for variance and is willing to take the city to court if necessary.