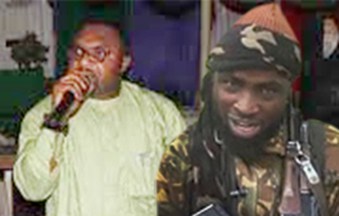 Abubakar Shekau has led the Nigerian militant Islamist group Boko Haram — which is aligned with ISIS — for nearly a decade, and the organization he leads has killed more than 50,000 people. One of Bobo Haram’s soldiers was captured in December and told officials that Shekau has lost his legs. Now, a minister in the Anglican Church of Borno, the Rev. Desmond Yunana, has called for people to pray for Shekau’s health.

Delivering a sermon during Sunday service last week, Yunana said he had a “revelation” that Shekau’s health condition is deteriorating by the day and that only prayers from the same Nigerians whose families he’s killed and maimed, would keep him alive.

The Rev stressed that prayers from Christians and Muslims resident in Maiduguri are of utmost importance here; and that the terrorist leader is ready to seek for forgiveness.