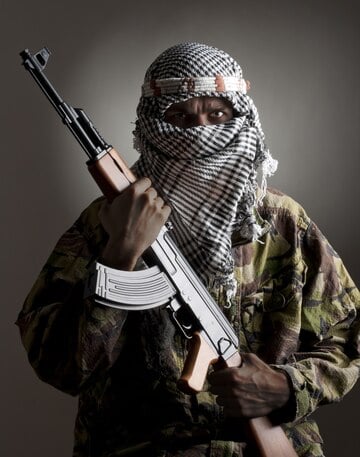 A group of armed men entered a Nigerian church and killed a Christian woman and her daughter during a Sunday service in October.

Some believe the attack was targeted. The Guardian reports that the attackers arrived on a motorcycle to perpetuate the attack. The men opened fire and injured several people who were outside the religious institution.

Local press reports said it was the second terrorist attack on a church in the Lokoja area in three weeks. As of Sunday, Oct. 23, those responsible had not yet been captured or identified.

Northern Nigeria has seen an increase in religious terrorist attacks in recent years. Mostly, they are planned and executed by extremist Muslims toward Christian communities.

“In May, unidentified terrorists killed two Catholic priests in Kaduna and Edo states.

Also in May, the Islamic State terrorist group released a video showing the execution of 20 Christian civilians in Borno state in revenge for the assassination of their leader in Syria by US special forces in February.”

A total of 900 Christian deaths at the hands of terrorist attacks were recorded during the first quarter of 2022, and Catholic News Agency has reported that Nigeria is currently the country with the most deaths of Christians for their faith in the world.

Many of the attacks are carried out for “revenge” in response to the work of the United States special forces in their territory, where Muslim leaders allegedly die at their hands.