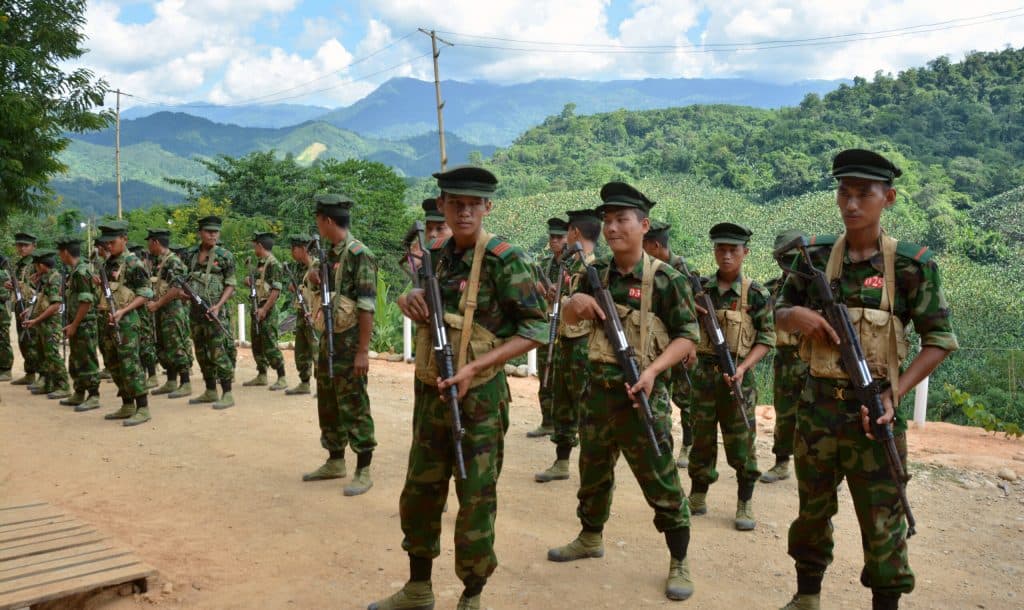 The Tatmadaw launched a severe onslaught of artillery fire, which injured four students. The International Christian Concern (ICC), a U.S.-based persecution watchdog, reported the incident. The seminary was established in 1932 by the Kachin Baptist Convention and is located in Myanmar’s Kutkai town.

Four men were hit by shrapnel, but their wounds were not life-threatening. There was no active fighting between junta forces and local ethnic armed groups at the time, according to the ICC.

Over the past year, the Tatmadaw has launched a series of attacks on churches and religious institutions in Myanmar, especially in Chin and Kayah. Approximately 35 churches as well as 15 affiliated buildings were been destroyed in Chin between February 2021 and January 2022.

The attack comes after an Oct. 30 shelling that partially destroyed a Baptist church and hall in Momauk township, Kachin State. The Tatmadaw also attacked concertgoers during the Kachin Independence Organization (KIO)’s anniversary celebration on Oct. 23, killing at least 80 and injuring hundreds, the ICC reported.

The ethnic Kachin in Myanmar has a Christian majority, where more than 90 percent of the people adhere to the Christian faith. They also have one of the most robust militaries among the ethnic armed organizations in Myanmar, making them a constant target of the Tatmadaw.

As CBN News reported, over the past year, Myanmar’s military regime has destroyed numerous churches and religious buildings, especially in the states of Chin and Kayah.

In mostly Christian Kayah State in southeastern Myanmar, 12 churches were demolished during that same period of time.

Photo: Kachin Independence Army cadets prepare for military drills. A majority of the Kachin ethnic group are Christians, and they have a significant militia presence, which attracts the attention of the Tatmadaw. (VOA/Public Domain)