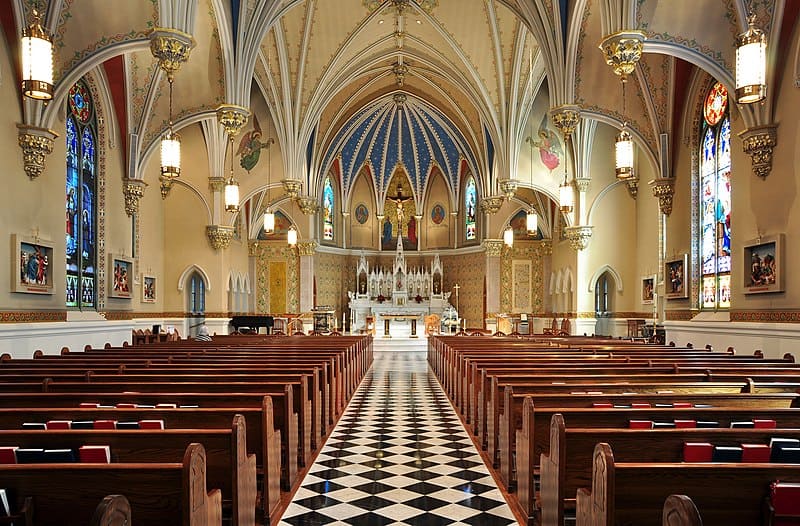 Emily Schutz of Religion News Service writes that the practice of ‘double belonging’ between Catholicism and Buddhism has become surprisingly common.

Double belonging describes individuals who incorporate some practices of two different religions. Often, practitioners of double belonging focus on common elements between the two, and Catholicism has been favorably compared to Buddhism since at least 1870. Double belonging rarely sees much open criticism, although some religious scholars question the idea of holding to two religions simultaneously.

In a dimly lit Roman Catholic church in Manhattan, a dozen or so congregants sit as the Rev. Michael Holleran leads them in contemplative prayer. There is some singing, and some prayers said aloud throughout the hour-and-a-half-long worship service. Every so often Holleran rings a bell three times, meant to awaken worshippers from “sleep and into a consciousness of God’s presence.”

But the core of the session is the repetition of a word of each participant’s own choosing — many choose “peace,” “love” or “truth.” If their mind wanders, they are instructed to return to the word.

This form of prayer is often compared to meditation, due to the silent repetition and the focus required. Though contemplative prayer has ancient roots in Christianity, Holleran takes inspiration from the longer tradition of Buddhism — fittingly, since in addition to being a Catholic priest, Holleran is a Buddhist sensei.

The two have been compared favorably at least since 1870, when Lydia Maria Child, writing in The Atlantic magazine, reported, “The Tibetan lama listened respectfully to the Jesuit priest and replied, ‘Your religion is the same as ours.’”

As Holleran has explored his religious identity, he too has found a “vibrant synthesis” between Buddhism and Catholicism.