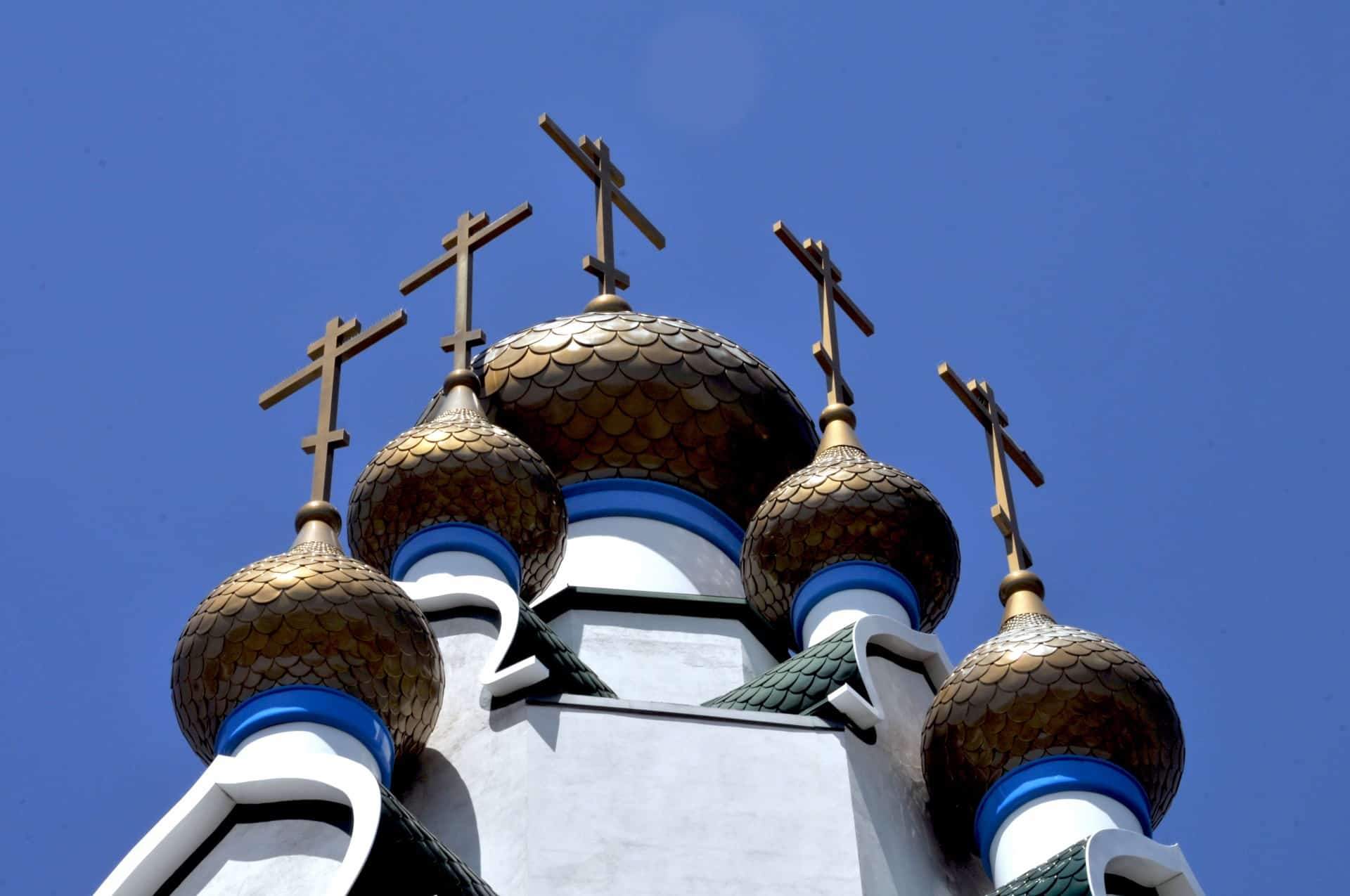 A top Russian Orthodox bishop spoke out against war in the days before his country invaded Ukraine.

Metropolitan Hilarion of Volokalamsk is the head for the Moscow Patriarchate’s Department for External Church Relations — meaning that he is the spokesman for the Russian Orthodox Church’s central administration. In a statement issued Sunday, he said the church “must not allow war.”

And when one hears, once again, calls for war, the militaristic rhetoric, including from the mouth of Church representatives (such a call was heard a while ago, that a war would help us, that it would cleanse us), these are, of course, totally absurd and, in my view, blasphemous statements,” the metropolitan said, speaking of the lessons of the revolution, on the Church and the World program on the Rossiya-24 TV channel.

In his comments, the metropolitan reminded listeners that war — the 1917 revolution — at one time broke, “the central moral backbone that had propped up our state for a thousand years.”

Russia launched a wide-ranging attack on Ukraine on Thursday, hitting cities and bases with airstrikes or shelling, as civilians piled into trains and cars to flee. Ukraine’s government said Russian tanks and troops rolled across the border in a “full-scale war” that could rewrite the geopolitical order and whose fallout already reverberated around the world.

After weeks of denying plans to invade, Putin justified his actions in an overnight televised address, asserting that the attack was needed to protect civilians in eastern Ukraine — a false claim the U.S. had predicted he would make as a pretext for an invasion. He accused the U.S. and its allies of ignoring Russia’s demands to prevent Ukraine from joining NATO and for security guarantees.

Despite their political differences, Russia and Ukraine ostensibly share a common majority faith, Orthodox Christianity. In recent years, however, that common ground has been strained as a majority of Ukrainians have identified with an independent Orthodox church that is free of the Moscow patriarchate. Congregations still aligned with the Russian Church still abound inside Ukraine’s borders, however, and as tensions have heightened the leader of the Ukrainian church urged those under his leadership not to initiate hostilities against Russian churches or their members. The Week reports:

“Ukraine is proud of interfaith and interethnic peace. No matter how hard the Kremlin tried to inflame the opposition over the years, it failed,” Epiphanius said, urging members of the OCU not to engage in violence against the members or property of Russian-aligned churches. Such “provocations,” he said, would be “in the interests of the aggressor.”

He also called on members of the Russian-aligned UOC-MP not to “wait until your leaders dare to break the silence.” Instead, he said, they should speak up personally and “say something in defense of peace, in defense of Ukraine” in order to show the “aggressor” that “you are not waiting for him.”

Epiphanius and the OCU have repeatedly spoken out against Russian aggression, but the UOC-MP’s website was devoid of commentary on the crisis until very recently. “The [UOC-MP] has consistently supported and continues to support the territorial integrity of Ukraine. … War is a grave sin before God,” said Metropolitan Onufriy, who heads the UOC-MP, on Tuesday.