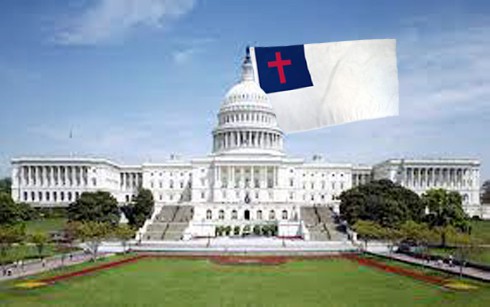 The U.S. Supreme Court — including some of the justices identified as left-leaning — appeared to be inclined to support a Christian group that sued the City of Boston for refusing to allow them to fly a Christian flag at City Hall.

The nation’s high court recently heard a lawsuit that filed on free speech grounds by a group known as Camp Constitution. The group cited a city policy that allows non-governmental groups to use a flagpole in front of City Hall for flag-raising ceremonies, but said that their application to raise a Christian flag, which has a cross on it, was denied. Reuters reports:

From 2005 to 2017, Boston approved all 284 applications it received before rebuffing Camp Constitution. The vast majority of flags were those of foreign countries, but also one commemorating LGBT Pride in Boston.

The city had denied the application because city officials said they feared it would appear to be an endorsement of a particular religion, which is a violation of the Constitution’s Establishment Clause.

But when the case was argued before the Supreme Court, the justices expressed doubt that such a ceremony would, in fact, be a violation. Justice Elena Kagan, who was appointed by President Barak Obama, responded to the argument with a what appeared to be a firm opinion against the city’s position. Reuters continues:

“In the context of a system where flags go up, flags go down, different people have different kinds of flags, then it is a violation of the free speech part of the First Amendment and not an establishment clause violation – the end,” Kagan told a lawyer for Boston.

Conservative Justice Samuel Alito noted that Boston’s policy appeared to exclude flags that were discriminatory, offensive or religious. “When you say anybody can speak by putting up a flag, with these few exceptions, are you not creating a forum for private speech rather than speaking your own mind?” Alito asked a lawyer for Boston.

The justices were not apparently united in their thoughts, however. Justice Sonia Sotomayor said a flag raising ceremony could confuse observers who did not know the event was not sponsored by the city.

“If you see a flag on the pole, you think it’s City Hall speaking,” Sotomayor said.

Lower courts had sided with the city, and Boston has argued that opening flag poles to everyone who requests it could raise the potential for considerably more offensive flags, such as one featuring a swastika or terrorist insignia. Read the entire story here.