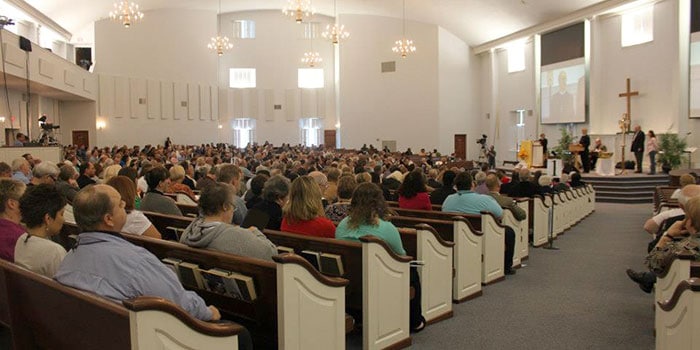 Thirty-five years ago, three Lutheran bodies in the Americas merged to form the Evangelical Lutheran Church in America (ELCA). Now, the church is marking the anniversary by making plans to find new ways to carry the Gospel to the world.

The ELCA observed April 30 the 35th anniversary of the adoption of its constitution at the Constituting Convention in Columbus, Ohio. The three churches that merged to form the ELCA were the American Lutheran Church, the Association of Evangelical Lutheran Churches, and the Lutheran Church in America.

As the church commemorates its history, it also is looking toward the future. ELCA Presiding Bishop Elizabeth Eaton spoke of the importance of the “Future Church” priority being rooted in tradition while also being relevant to people who may not know the gospel message of freedom.

“In 1522, early in the Lutheran movement, Martin Luther took hold of the new technology of the printing press and modernized communication by translating the Bible into German, the language of the people,” she said. “Now, 500 years later, we need to find new ways to speak into the cultural vernacular.

“It’s not our intent to water down or minimize the gospel word, but to share the good news to make it rooted in tradition and radically relevant. We believe that the gospel changes lives. The gospel not only is a word of grace but it’s also a word of liberation.”