Op-ed: The Doctrine of Discovery and its sad colonial legacy 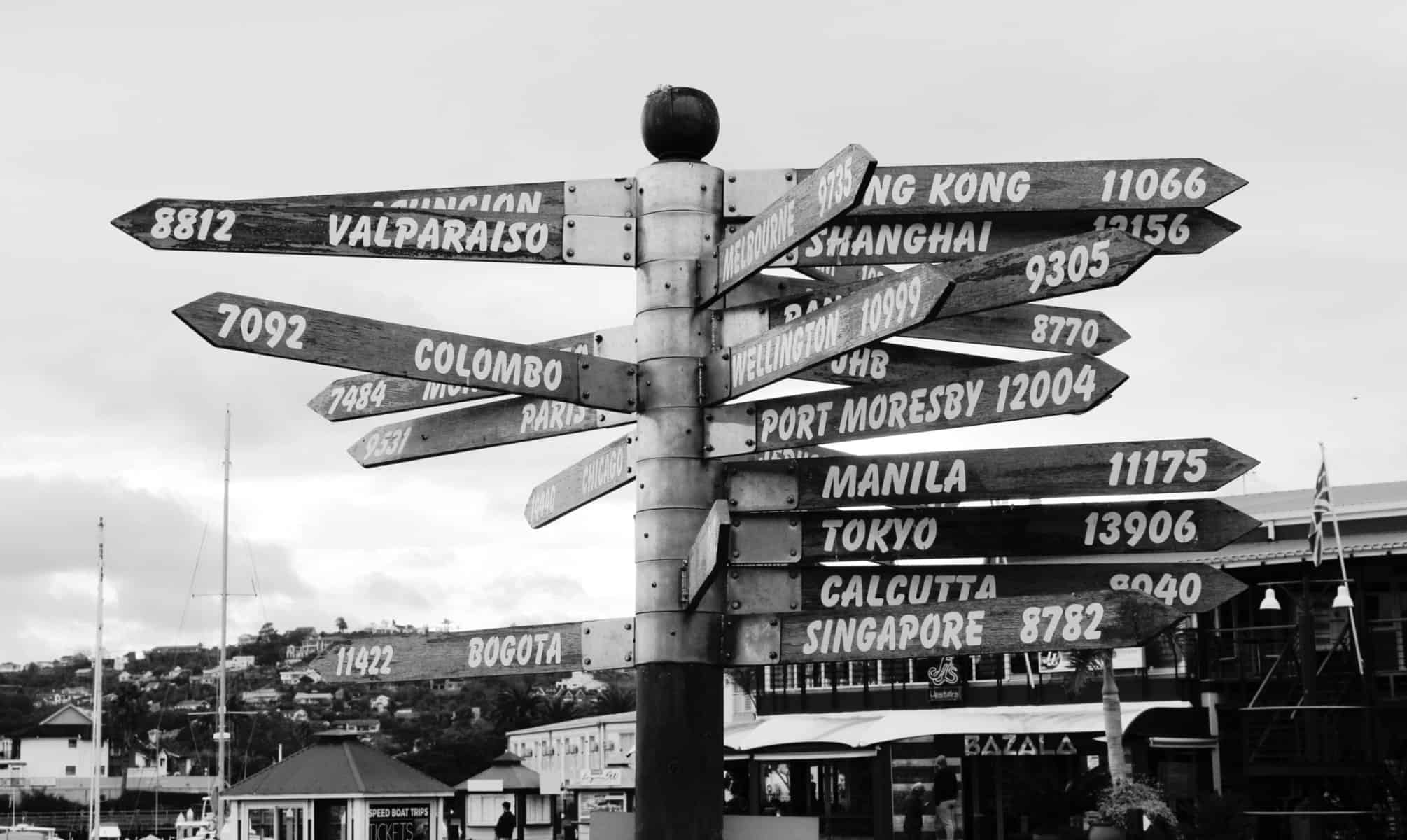 During the recent “pilgrimage of penance” Pope Francis made to apologize to Indigenous peoples in Canada, my fellow Canadians and I learned more than many of us wanted to know about the “Doctrine of Discovery”, which tried to justify colonialism by European powers from the 15th century on.

Residential schools tried to destroy Indigenous identity by forcibly removing children from their families, forbidding them to speak their language, teaching them that their culture was bad, and forcing on them European-style dress, religion, and manners. The system was designed by the Canadian government shortly after Confederation in 1867, but most of the schools were run by churches. Besides the spiritual and emotional abuse embedded in the system, many of the students experienced physical and sexual abuse as well. The report’s call to action became more urgent in recent months as ground-penetrating radar has identified hundreds of likely unmarked graves at several of the schools, with dozens more to be explored. This evidence has confirmed what Indigenous Elders – Residential School survivors – have been saying for decades.

For many Christians in Canada, apologies are old news. The United Church of Canada issued apologies in 1986 and 1998 and established a Healing Fund in 1994 to support survivors and their descendants who experienced inter-generational effects; this denomination recently elected, for the second time, an Indigenous person as Moderator of the national church. The Presbyterian Church in Canada made an apology in 1994. The Anglican Church of Canada apologized in 1993; they also have a Healing Fund, and their leadership now includes a number of Indigenous clergy and bishops.

So, in the eyes of most, the Roman Catholic Church and the pope are latecomers at best. Some Canadian Bishops and Archbishops of the Roman church have apologized and tried to work for reconciliation, but because of the RC Church’s hierarchical structure, Indigenous Roman Catholics wanted to hear from the pope himself. Further, while many were deeply moved by the pontiff’s apology, there were also many who found it inadequate. He repeatedly apologized for the abuse perpetrated by many Catholic leaders but stopped short of clearly acknowledging that the church itself was one of the creators of the system, along with other denominations and the government – a system explicitly designed to wipe out Indigenous culture and identity.

A related issue repeatedly raised by many Indigenous leaders and some protesters was the demand that the pope rescind the Doctrine of Discovery. He did not do this during the trip to Canada, although some hold out hope that he will still do so.

So, what is this “Doctrine” anyway?

The basic idea is that when European explorers encountered lands that did not have Christian civilization, they could treat these lands as empty and “discover” them – that is, claim them in the name of their home monarch and country. That meant that the peoples who had inhabited these lands for millennia simply did not count. They could be – and were – treated as sub-human, as “savages”.

Several media sources have published articles about the doctrine of Discovery, including, recently, National Geographic.

Most of us today recoil at this idea and consider it evil. What is more difficult to grasp is how deeply it is still embedded in our national identity, culture, and legal system. By what right do our national governments claim to be sovereign and impose our legal system and language on all the peoples of this continent? Whose land is it, really?

Officially and formally, the Doctrine of Discovery was established by a series of papal decrees in the 1400s. One article that I read said that “only the pope” can rescind the doctrine. In a technical sense that may be correct, but Protestants had no problem rejecting the authority of the pope in matters of church teaching or canon law – or any other matter. Besides, the colonial policies of Protestant countries were just as harsh and cruel in the ways that they treated Indigenous people and exploited the resources of the “New World” that they had “discovered.” Human greed knows no religious or political boundary.

In recent decades, many Christian denominations have adopted statements that officially reject the Doctrine of Discovery. For example, the General Assembly of the Presbyterian Church in Canada did so in 2019. My own denomination, the Evangelical Lutheran Church in Canada, passed a similar resolution in 2015. As I write this, news has just been published that the Evangelical Lutheran Church in America, which also repudiated “Discovery” in 2015, has issued a “declaration” to Indigenous peoples. Among other things, the declaration admits that we still have a long way to go. The Anglican Church of Canada has produced an excellent video about the deep pain caused by the Doctrine of Discovery and its ongoing effects.

The people we hear in this video are not a bunch of angry activists fixated on revenge; they are faithful Christians dedicated to the church and to the Gospel. I know some of them personally. Even the Canadian government has officially recognized the United Nations Declaration on the Rights of Indigenous Peoples (UNDRIP).

So, the real question is – what do all these fine words mean in practice? That’s what several Indigenous Catholics asked the pope: will your apology be followed by actions, such as opening all church archives related to Residential Schools and paying the full amount of the settlement agreed to at the close of the TRC? The same sorts of questions could be asked of the rest of us. We’ve made some good starts, and other denominations have paid the agreed-on amount. But we are still a long way from full equality and reciprocity. Indigenous peoples have been squeezed onto tiny parcels of land, and even there our federal governments claim ultimate authority. In Canada, our Prime Minister talks about a “nation to nation” relationship with Indigenous people, but the reality on the ground is painfully slow to change.

In general, we Protestants have been pretty good at recognizing the problems that resulted when the church allied itself with political power in the Middle Ages. Martin Luther famously called it “the Babylonian Captivity of the Church.” The Gospel itself was distorted or buried; this is the context that enabled the “Doctrine of Discovery”. And we can see evidence that the Roman Catholic Church still has not fully recovered. However, we are not so good at seeing the logs in our own eyes. Until recently we blithely claimed that ours was a Christian country, and we took our privileges for granted.

As others have pointed out, privilege taken away feels like oppression. Perhaps that is why many Christians are so angry and scared. The saddest development, in my opinion, is the growing alliance between many “conservative” Christians and the political far right, often called “Christian nationalism.” In the light of church history, this boggles the mind. A few years ago, a friend of mine, a Baptist pastor, commented on Facebook that he was concerned by the increasing trend of Christians getting close to political power. We tried that before, he noted, and added, “Hint: it didn’t go well.” It was a brilliant use of understatement, I thought.

In summary, many parts of the church seem to be in a bad way at the moment. Some of us are trying to exert political power, in that way risking the worship of power instead of the Crucified One. Others of us in the mainline Protestant churches are struggling to get our heads around the fact that we no longer have a position of automatic respect and privilege in our society. We know that loss of privilege and power actually puts us closer to the way of Jesus, the way of the cross; but we, too, are reluctant to surrender our privileges.

One clue about how to move toward healing comes from the culture and traditions of many Indigenous peoples – a culture of hospitality and sharing. European newcomers were often welcomed by the inhabitants of Turtle Island, who showed them how to survive in this land and who were usually willing to share. In the legal system that the settlers brought here, the treaties gave them ownership of the land. From an Indigenous perspective, that doesn’t make any sense. Land is not a commodity to be owned, bought or sold. It is a gift of the Creator to be used with respect. It can be shared but not possessed. Indigenous leaders who signed treaties could not have understood that they were selling the land; it was not theirs to sell. None of the Indigenous people that I know are saying to us, “Go back to where you came from.” They just want us to respect their identity and to share.

Such an attitude resonates with the biblical view much better than does our modern capitalism with its emphasis on possessions and consumerism. Can we learn – or perhaps relearn – an ethic of sharing? That seems like a subversive act in a society dominated by the capitalist mantra of more. Yet that is what the Good News of Jesus invites us to do.

Finally, review the biblical stories. This is not the first time that things seemed hopeless for God’s people. The repeated theme is that God is faithful, often working in unexpected and surprising ways. 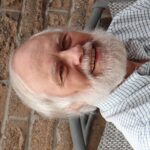 Paul lives in Ontario, Canada. He holds an M.Div from Lutheran Theological Seminary, Saskatoon, SK, and S.T.M. from Graduate Theological Union also in Saskatoon. Prior to retirement in 2016, he and his wife served at Henry Budd College for Ministry in The Pas, Manitoba, a small Anglican school designed for Indigenous people. He is a retired pastor of the Evangelical Lutheran Church in Canada and currently serves as interim pastor in Chatham, Ontario. Paul enjoys skating, cycling, spending time with his grandchildren and traveling with his wife.