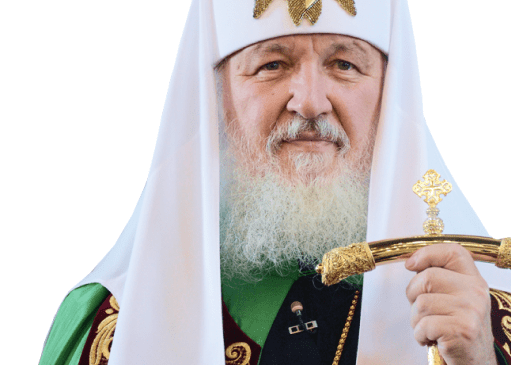 Rainbow flags and pride marches lead to war — at least, that’s what the head of the Russian Orthodox Church has insinuated in recent comments.

The Rev. James Martin, the Roman Catholic Jesuit famous for his advocacy for LGBTQI+ people within his church, published the reported comments of Russian Patriarch Kirill alleging as much on his social media Monday morning.

In a translation from the Russian by Jacob Lassin, a postdoctoral fellow at the Melikian Center for Russian, Eurasian, and East European Studies, Krill reportedly says that the Donbass region — where the Russian invasion of Ukraine started — had previously rejected the “so-called values” offered but the world, but now pride parades are “a loyalty test” for worldly power, in this case the Western world versus the Russian sphere of influence.

“Eight years ago there were attempts to destroy what existed in Donbass. And in Donbass there is an aversion, a fundamental rejection of the so-called values offered by those who claim worldly power. Today there is a loyalty test for for this power, a kind of permit to that ‘happy world,’ the world of excess consumption, the world of visible ‘freedom.’ Today there is such a loyalty test, And you know what that test is? The test is very simple and at the same time horrible—it is a gay parade. Demands to many to hold gay parades are a loyalty test for that most mighty world; and we know that if people or countries refuse these demands than they will not be part of that world, they will become foreign to it.

The Moscow Times clarifies that the comment about “eight years”  is a reference “to the region where Kyiv has been at war with the separatist republics since 2014.” On other words, Kirill believes the civil war which preceded the Russian invasion was the result of rejecting western values, of which gay pride parades are the alleged litmus test. The MT continues:

Patriarch Kirill painted the Russian invasion of Ukraine in more apocalyptic colors as a conflict “far more important than politics.”

The Russian Orthodox Church has been accused of aligning itself with the officially secular Kremlin during Putin’s years in power.

Kirill’s comments were also made within the context of continually tense inter-Orthodox relations between the countries. A Russian victory would be a de facto victory for the Russian Orthodox Church, which has challenged the 2018 recognition of the independent Orthodox Church of Ukraine by a significant number of churches in the Orthodox communion. Knox Thames of Fox News writes:

The presence of these churches, all operating freely, reflects the religious freedom enjoyed in Ukraine. In addition, Ukrainian Greek Catholics are found in western Ukraine, with their liturgy and rites reflecting a shared orthodox heritage. Protestants, evangelicals, Muslims and Jews also enjoy religious freedom.

Putin’s concerns for religious life are doubtful considering how he treats the issue at home. Russian authorities regularly target evangelical and proselytizing groups, religious minorities and those challenging the religious status quo. The Trump administration added Russia to its watch list in 2020 for religious persecution. The Biden administration last year further designated Russia as one of the worst countries in the world for religious freedom violations. The European Court of Human Rights just ruled against Russia on these matters.

Should the Russians win this war, religious freedom would be one of many causalities in this needless conflict. The Ukrainian Council of Churches issued on March 1 a warning of a possible Russian airstrike on the St. Sophia Cathedral in Kyiv.