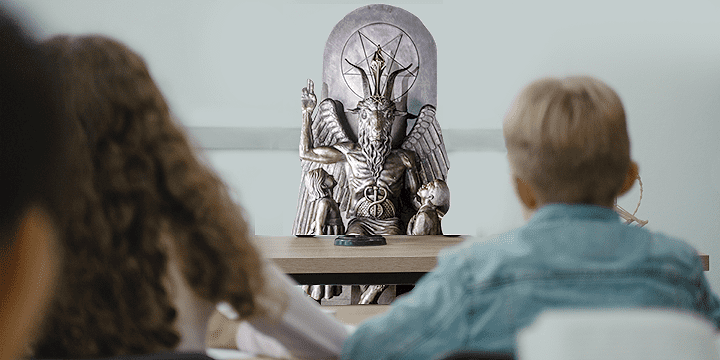 The Northern York County, Pa., School District rejected the application for an “After School Satan Club” program for an elementary school with an 8-1 school board vote on April 19th.

The Satan Club was proposed by a parent of a student at the Northern Elementary School, which is located in Dillsburg. The After School Satan Club program is operated by The Satanic Temple in public schools throughout the country in states such as Ohio, Utah, Indiana, and Illinois. The Satanic Temple characterizes itself as “a nontheistic religious and human rights organization.” The Washington Examiner reports:

“I never thought anything like this would come to the district. … I don’t want my son to be exposed to anything of the sort,” said Amy Wintermyer, [a] parent, according to FOX43.

The After School Satan Club program is run by the Satanic Temple at “select public schools” throughout the United States where Good News Clubs, which spread the gospel of Jesus Christ, “also operate.” Children in the after-school program are provided with “activities and learning opportunities” under a self-directed education plan that aims to support the “intellectual and creative interests of students,” according to the organization’s website.

After the school board vote, The Satanic Temple’s co-founder Lucien Greaves said that he will resort to legal action if the club is hindered from using public facilities.

“It’ll have to move into litigation, costly litigation that the community is going to have to pay for,” Greaves said about the school board’s vote.

The after-school program can be found in Ohio, Indiana, Utah, and Illinois. Pennsylvania was intended to be the next location.

The Satanic Temple is best known for its legal work challenging states that have religious monuments in publicly owned spaces, agitating to have a statue of Bamophet placed in the same areas, as Temple members were able to successfully do in Arkansas in 2018.

Read the full article about the school club effort here.

Photo: composite including work by Tima Miroshnichenko at Pexels/Matt Anderson-CCA4.0-modified.