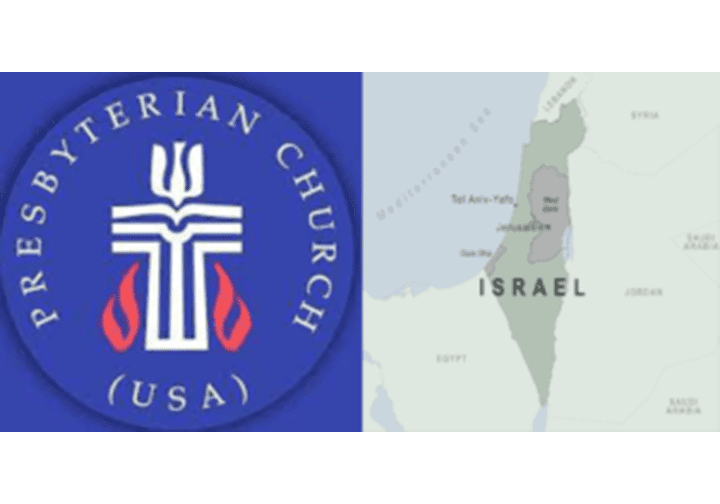 A committee meeting at the Presbyterian Church USA (PCUSA)’s General Assembly adopted Tuesday a resolution declaring that Israel is an apartheid state.

The denomination’s General Assembly is meeting using a hybrid model of in-person committee sessions in Louisville, Ky., and plenary sessions online from June 18 to July 9. The PC(USA) is the largest Presbyterian denomination in the United States and has 1 million members across 8,000 congregations.

The resolution, as adopted by the International Engagement Committee, recommends that the denomination:

1.     Recognize that Israel’s laws, policies, and practices regarding the Palestinian people fulfill the international legal definition of apartheid. Apartheid is legally defined as inhuman acts committed for the purpose of establishing and maintaining domination by one racial group of persons over any other racial group of persons and systematically oppressing them This occurs in Israel/Palestine through:

b.     Expropriating Palestinian land and water for Jewish-only settlements.

c.     Denying the right to freedom of residence to Palestinians.

d.     Dividing the population along racial lines by the creation of separate reserves and ghettos for the Palestinians.

e.     Denying Palestinians the right to a nationality.

2.     Urge members, congregations, presbyteries, and national staff units, including the Office of Interfaith Relations, to seek appropriate ways to bring an end to Israeli apartheid.

In the lengthy rationale attached to the resolution, the committee continues:

Government leaders can be accused of committing the crime of apartheid if they institute or administer laws, practices, and policies that establish apartheid conditions. It is up to the United Nations or the World Court to prosecute those guilty of apartheid. However, individuals, and churches can recognize apartheid and witness to that effect. This procedure is much like our criminal justice system. If a citizen witnesses a crime like a robbery or assault, they can recognize that a crime has been committed and witness to that effect even though only the court system can legally prosecute the crime.

Israel has created a system where one ethnic group, Israeli Jewish nationals, have a superior status and another ethnic group, non-Jewish Arabs living in Israel/Palestine, have an inferior status. Israeli laws, policies, and practices systematically prevent Palestinians from participating in the political, social, economic, and cultural life of their country. The expropriation of Palestinian land, restrictions on the freedom of movement and residence, confining Palestinians to ghettos, arbitrary arrest and imprisonment of Palestinians, the restriction or denial of Palestinian rights to work, education, peaceful assembly, and religious practices are all part of Israeli measures calculated to prevent Palestinians from full participation in the economic, environmental, and social life of their country. This discriminatory system benefits Israeli Jews and causes irreparable harm to non-Jews both in Israel itself and in the occupied Palestinian territories.

The vote on the resolution passed 28-3. Much of the debate about it was centered on ensuring that the language was clear that the condemnation was of the government’s actions and not of the Israeli people themselves.