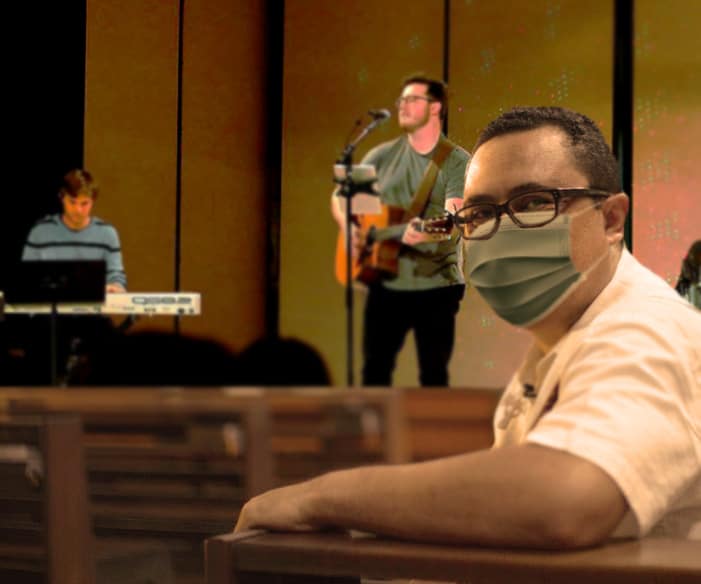 Can the government tell churches not to meet in person during a pandemic?

The U.S. Supreme Court said “no” Friday in a 6-3 decision in response to two lawsuits that were filed against the State of California for banning indoor worship services. The justices said, however, that the state could set a 25 percent cap on the building’s safe capacity limit.

As CBS Sacramento reports, some greeted the news by immediately having weekend services, which parishioners met with enthusiasm:

On Sunday, Saint Robert’s Catholic Church was one church that welcomed parishioners back indoors for the first Sunday since the ruling.

“It’s going to be amazing to go back and be a part of a community again,” Vincent Valine, a Saint Robert parishioner, said.

“It’s exciting to get back into church again. And, I have to go in now and get myself a place to sit,” Gloria Rainoldi, another Saint Robert’s parishioner, said.

In explaining their ruling, the Supreme Court justices said their reasoning was partially influenced by the fact that commercial properties in California were often given more leeway than houses of worship. Deadline reports:

“Since the arrival of COVID–19, California has openly imposed more stringent regulations on religious institutions than on many businesses.” wrote Justice Neil M. Gorsuch in one of three concurring opinions. “California worries that worship brings people together for too much time. Yet, California does not limit its citizens to running in and out of other establishments; no one is barred from lingering in shopping malls, salons, or bus terminals.”

Gorsuch joined with Justices Clarence Thomas and Samuel A. Alito Jr. in voting to lift all the restrictions, including limits on attendance and singing.

Justice Amy Coney Barrett was not convinced on the singing limits. Barrett said churches had the burden of “establishing their entitlement to relief from the singing ban. In my view, they did not carry that burden — at least not on this record,” she wrote. Justice Brett M. Kavanaugh agreed with her.

Chief Justice John G. Roberts Jr. wrote Friday that he could not accept California’s “present determination that the maximum number of adherents who can safely worship in the most cavernous cathedral is zero …. Deference, though broad, has its limits.”

While a number of churches were happy to resume public worship, others expressed caution. The San Francisco Chronicle reports:

The head of Grace Cathedral in San Francisco said the giant stone edifice on Nob Hill would remain closed for indoor worship. The cathedral reopened for one service in November but closed when infection rates rose during the fall.

“We’re trying to follow the science, and we’re trying to be patient,” said Dean Malcolm Clemens Young. The Supreme Court was “not doing anyone a favor” by lifting the ban, he said.

While the ban was in place, some counties actually fined churches that were in violation of the rules as issued, but Santa Clara County County Counsel James Williams said the public health violations the county sought to prosecute were for more than just gathering indoors. The L.A. Times reports:

“Most of their violations are about a lot more than just gathering indoors, although that is one of the issues,” Williams said. “We’re talking about no face masking, no social distancing protocols, singing — they’re violating basically every single one of the basic safety protocols that we have in place.”

By contrast, Williams said, most of the county’s houses of worship are following the rules by holding outdoor or virtual services.

“The vast, vast majority of faith institutions in our community, they care a lot,” he said. “They care about their congregants. They care about the community’s safety and well-being and take COVID very seriously and understand that we’re in a critical moment.”