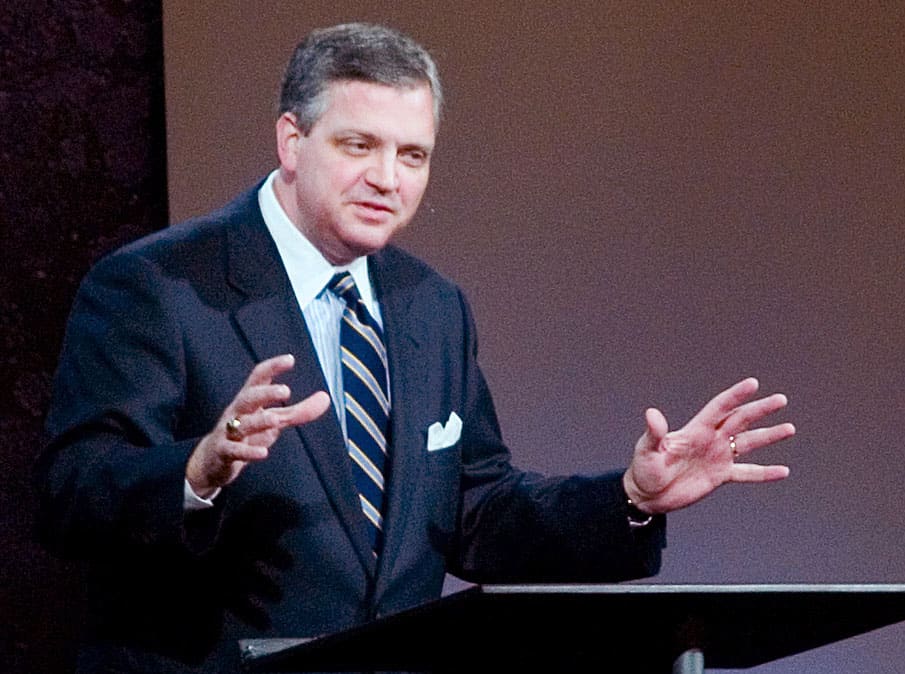 Mohler is well known for his Presidency of Southern Baptist Theological Seminary and high-profile speaking engagements. Stephanie Martin of Church Leaders writes that his appearance in the company of fellow conservative leaders is nothing new, although it is controversial among other right-wing pastors and activists.

The National Conservatism Conference “brings together public figures, journalists, scholars, and students who understand that the past and future of conservatism are inextricably tied to the idea of the nation, to the principle of national independence, and to the revival of the unique national traditions that alone have the power to bind a people together and bring about their flourishing.”

Marsh writes: “Look at this pic man. I can’t get over it. @SBTS is this what you’re all about? Election deniers, COVID hoaxers, all politics all the time. I’m saddened. We have a shortage of pastors as it is, and now we’re training them to care more for politics than Christ.”

Texas Pastor Dwight McKissic, who has pushed back against the SBC’s denunciation of critical race theory as incompatible with Christianity, retweeted Marsh’s post. McKissic writes: “This picture makes me cringe for the SBC. It’s extremely unappealing for multiple thousands I engage with. Not because they’re Republicans—Condi Rice, Colin Powell, E.V. Hill were Republicans. But, for all the reasons mentioned in this tweet+adherence to Christian Nationalism.”

Marsh and McKissic add to the online conversation, with Marsh tweeting: “Who knows— Maybe Southern Seminary President Al Mohler will stand up and say: ‘For the sake of truth we must admit that Jesus is Lord. That means Donald Trump is not.