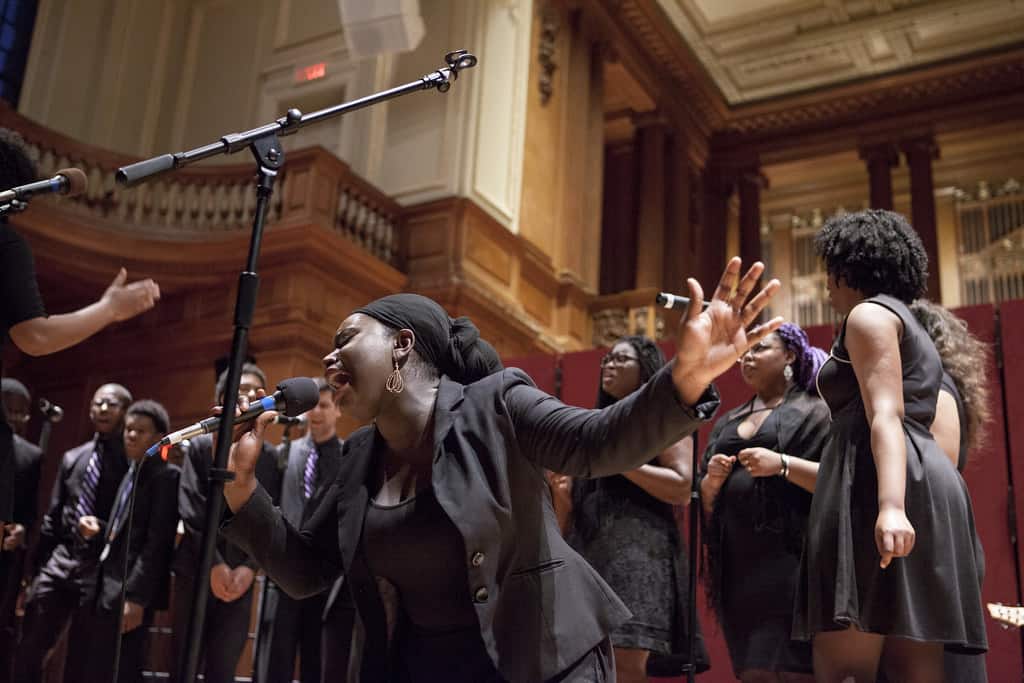 Faith has long played an important role in African-American history. Hymns, in particular, developed into an important part of their religious culture. Such songs proved indispensable years before black education was common or even legal in much of the country, and many were illiterate.

Diana Chandler of Baptist Press writes that hymns made it possible to spread messages of strength and religion during times of oppression. Many hymns date back to the era of slavery, reflecting closely-held themes of liberation commonly found in Black churches.

Pass Me Not O Gentle Savior” and “There is a Fountain Filled With Blood” are among hymns and spiritual songs that have anchored the faith of Michelle “Missie” Branch, a seminary dean, public speaker, wife and mother.

“I heard that sung over and over and over again, and I can even still hear some of the pain in the voices of some of the people who sang it, and some of the hope in the voices of the people who sang it,” Branch told Baptist Press at the close of Black History Month, recalling the worship days of her childhood in Philadelphia. “And I think that that’s what made those words more real to me as I witnessed the strength and the fear as those words were being sung, and then I watched people’s lives.

“None of it looked like it was purely academic or just something to do, a rote thing that we did on Sundays,” said Branch, assistant dean of students – women and director of graduate life at Southeastern Baptist Theological Seminary (SEBTS). “I got to be in the midst of people who were being transformed by those truths and were depending on them to get through.”

Roy Cotton, a retired ethnomusicologist and senior pastor emeritus in Dallas, said God has used songs as a cultural vehicle of liberation for African Americans, including songs written by whites such as Fannie Crosby and Isaac Watts, and songs written by Blacks as far back as the forced Middle Passage of enslaved Africans.