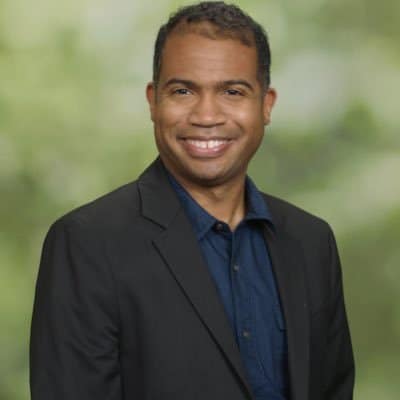 The unexpected death of the 46-year-old historian shocked his colleagues at Trinity University (San Antonio Texas), where he worked as a professor. He presented his scholarship on African American people not only to his students, but also to the wider public by appearing on television and by starting a civil rights institute, among other things.

In the recent years he played a pivotal role in highlighting the importance of Juneteenth, the day that marks the end of slavery in the United States. Christianity Today reports:

Carey Latimore IV, a Baptist minister and a historian who studied how Black people persevered by faith, died unexpectedly on Tuesday at the age of 46.

Latimore was a beloved professor at Trinity University, in San Antonio, Texas, where he taught on the African American experience. Students were drawn to his enthusiasm and were frequently found in his office, discussing what they were learning in his classes and in the research projects he organized, like an oral history of race relations in San Antonio.

Latimore also actively found ways to bring his scholarship to the public. He appeared frequently on local TV, started a civil rights institute in downtown San Antonio before the pandemic, worked with the Alamo Citizen Advisory Committee, and wrote devotionals for Our Daily Bread.

In the last few years, he became an important resource for those seeking to understand the significance of Juneteenth, the holiday celebrating the end of slavery in America. Latimore was especially adept at explaining the religious significance and encouraging Christians and the church to embrace Juneteenth.

“I think Black people in their faith were kind of presenting a mirror and a window into the essence of the gospels that many people have forgotten or left behind,” he told Rasool Berry, pastor of The Bridge Church in Brooklyn, New York, on the Christianity Today podcast Where Ya From? “On Juneteenth, people start talking about what we can be, what we can do. What we have done. It’s an inspiring moment because we think of the possibilities.”

The people who worked with Latimore were shocked by the news of his death. They mourned both loss of a public scholar and a personal friend.

“He led with his head and his heart,” said San Antonio TV news anchor Steve Spriester. “It is the ultimate understatement to say that Carey Latimore will be missed.”

When his death was announced at a Alamo Citizen Advisory Committee meeting, people gasped, according to the San Antonio Express-News.

“He was able to hear all sides and try to bring us to a stronger place,” Aaronetta Pierce, one of three chairs of the committee that was working to expand, improve, and complicate the history recounted at the Alamo as part of a $400 million makeover. “I hope that as we continue in this project, we take Carey with us, and his thoughts, and that some part of him helps us to get to the place where we have to get to in order to have a shared history and project.”