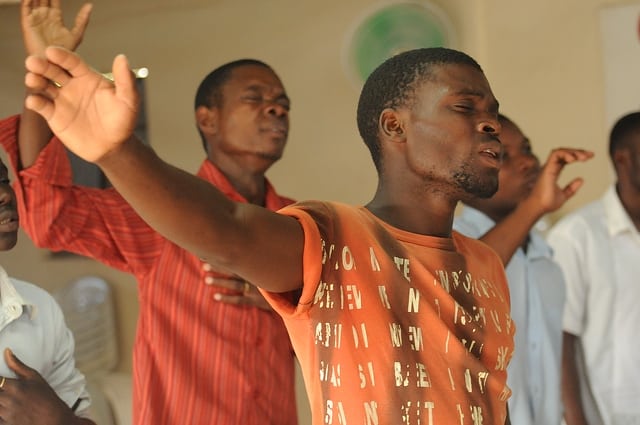 Black Americans are more likely than Americans as a whole to attend church regularly, a new survey from the Pew Research Center reports. The survey found that Black people pray more often than the average American.

The Associated Press reports that the survey included 8,660 Black adults and 4,574 other, non-Black identifying Americans:

According to a recent national study cited by Pew, women make up only 16% of religious leaders at Black Protestant churches. Pew’s survey found that 85% of respondents favored allowing women to serve as senior leaders of congregations, however.

Pew said the survey’s margin of error, for the full number of respondents, was plus or minus 1.5 percentage points.

The survey also found that Black adults who attend religious services are more likely to attend services where the church leadership or the majority of the congregation were also Black. That, however, is something the leaders surveyed said they think will change as time passes. The AP continues:

Among Black adults who go to religious services, 60% attend churches where the senior clergy and most or all of the congregation are Black, Pew found. It said 25% are part of multiracial congregations, and 13% are part of congregations that are predominantly white or another ethnicity.

Pew said patterns of worship are shifting across generations: Younger Black adults, born since 1980, attend church less often than their elders, and those who attend are less likely to do so in a predominantly Black congregation.

Among 30 Black pastors and religious leaders interviewed by Pew, some predicted further shrinkage of predominantly Black churches and an increase in multiracial congregations.

The survey was conducted between the months of November 2019 and June 2020. While 21 percent of Black Americans surveyed said said they were unaffiliated with any religion, the majority practice some form of Protestant faith. From the Associated Press’s reading of the results:

The survey found that 66% of Black Americans are Protestant, 6% are Catholic and 3% identify with other Christian faiths — mostly Jehovah’s Witnesses. Another 3% belong to Islam or other non-Christian faiths.

Pew’s research also took into consideration the role the Black church plays in society, and what kind of preaching congregants might hear, among other things. Read the entire report here.