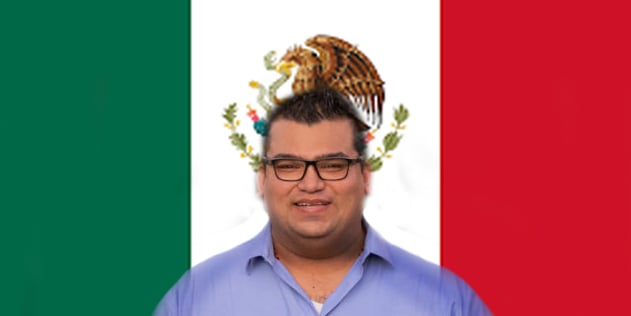 A graduate from Mexico’s Autonomous University of Baja California (UABC) may lose his license for practicing psychology because of the content of his graduation speech — a speech that touched on hot-button social issues.

Christian Cortez Pérez’s speech included comments about his moral convictions concerning several contemporary issues, including the purity of life and the significance of family. He denounced what he considers radical gender theories and reinterpretation of the concept of family. Following the speech, a group of university faculty members urged the university to take action against Perez’s “hate speech” by withdrawing his academic degree as well as his professional license to practice psychology.

They also requested that Perez’s merit award be taken away and alerted psychology groups in Mexico about his speech.

At the top of his class at the university’s School of Medicine and Psychology, Pérez earned the right to deliver the commencement address at his graduation ceremony on June 27.  […]

During his address, Pérez called for the rejection of the redefinition of the family and radical gender ideology.

“Today we are deep into a real anthropological struggle to redefine the human being, the human person, man, through the implementation of ideologies and fashions of thought that always end up undermining dignity and freedom,” he said.

CBN reports that during the speech Perez said that “to attack life and the family is to self-destruct, it is an attack on civilization itself.” He also told his peers that, “you have to love, no one seeks the good of the other if he does not love him.” CBN continues:

“I exercised my fundamental right to free speech to address my classmates about what I believe are the most pressing issues of our time,” Pérez said in a statement. “Now, I stand to lose my entire professional career because I expressed views with which some students and faculty disagree. Public universities must respect the free speech rights of all students, and I am committed to obtaining justice not just for myself, but for all Mexicans interested in preserving the right to freely express themselves.”

According to the ADF, attempts have been made to silence and sanction the psychology graduate. A group made up of members of the university’s faculty issued a “manifesto” calling on the university to sanction Pérez’s so-called “hate speech” by: 1) withholding his academic degree and professional license, 2) withdrawing his merit award, and 3) alerting psychology associations across Mexico regarding his actions.

In essence, the group’s demands would ban Pérez from professional practice as a psychologist in Mexico. Their list of demands was presented to the University Council.