The city wants to fund a tornado shelter inside a new church. That’s a problem, some say. 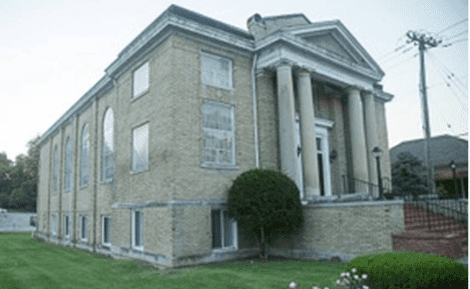 Versailles, Ky., wants to build a new emergency shelter. First Baptist Church owns land and wants a new worship center. For some, that seems like a match made in Heaven. For others, it’s a public sin.

The Lexington Herald reports that the city plans to annex approximately 21 acres the church owns.

A monolithic dome that could hold 2,000 people would be built on 5 acres of the land to serve as the church’s sanctuary and as a severe weather shelter that could withstand 250 mph winds. The church that has about 500 members and attracted about 150 worshipers on Sundays before the COVID-19 pandemic hit last March, said Rev.

Floyd Greene, pastor of First Baptist Church since May 1986.

Vesailles Mayor Brian Traugott said he sees the project as “use of public funds to build a much-needed public tornado shelter. It’s on church land and they brought the matter to City Hall. It doesn’t matter to me if the church or a ping-pong facility also uses the building as long we have a shelter in place.”

Approximately $1.2 million in grant funds from the Federal Emergency Management Agency (FEMA) are tentatively planned for the project. The money would pay for 87 percent of the construction, with the church covering the remaining 13 percent.

The problem, the Freedom From Religion Foundation has objected, is that the building will primarily be used for worship services. That amounts to using public funds to build a church, which would be illegal under the federal Constitution.

Chris Line, a staff attorney for Freedom From Religion Foundation, said in a letter to Traugott that the proposed project is unconstitutional.

“We understand the city’s desire to build a severe weather shelter, but this purported secular goal does not excuse the fact that the government is building a new church building that will be used for religious worship, which violates taxpayers’ right to secular use of government funds,” Line wrote. “It is also unconstitutional to use federal grant funds for this purpose, given that the severe weather shelter would also serve as the church’s sanctuary, directing federal funds directly to support religious worship.”

Others are objecting to the plan on the basis of land use issues.