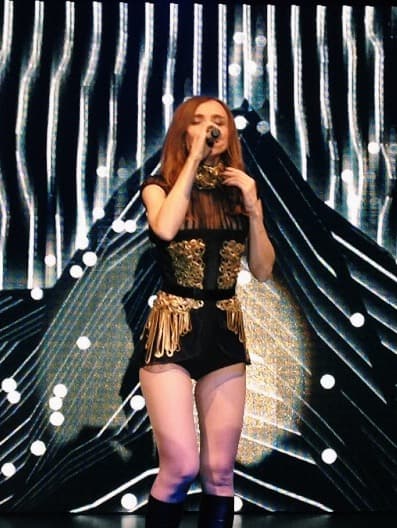 Turkish singer and songwriter Gulsen Colakoglu was taken into custody on August 22 on charges of “inciting hatred and enmity” because of a joke she made at an Istanbul concert in April.

The pop star’s arrest came as a result of a joke she made concerning Turkey’s religious schools.

“The 46-year-old singer and songwriter was taken away from her home in Istanbul for questioning and formally arrested. She was then taken to prison pending trial. Government critics said the move was an effort by Turkish President Recep Tayyip Erdogan to consolidate support ahead of elections in 10 months.

The charges were based on a joke Gulsen made during an April concert in Istanbul, where she quipped that one of her musicians’ ‘perversion’ stemmed from attending a religious school. A video of the singer’s comment began circulating on social media recently, with a hashtag calling for her arrest.”

Gulsen had previously been targeted in Islamic circles due to unfurling an LGBTQ flag during a concert and wearing revealing stage outfits. The artist apologized for any offense the joke caused but added that her comments were used by those seeking deeper polarization in the country.

“During her questioning by court authorities, Gulsen rejected accusations that she incited hatred and enmity and said she had ‘endless respect for the values and sensitivities of my country,’ the state-run Anadolu Agency reported.

Tarkan, the Turkish pop artist best known for his song “Kiss Kiss,” is among those calling for Gulsen’s release.

“‘Our legal system, which turns a blind eye to corruption, thieves, those who break the law and massacre nature, those who kill animals, and those who use religion to polarize society through their bigoted ideas – has arrested Gulsen in one whack,’ Tarkan said in a statement posted on Twitter.”