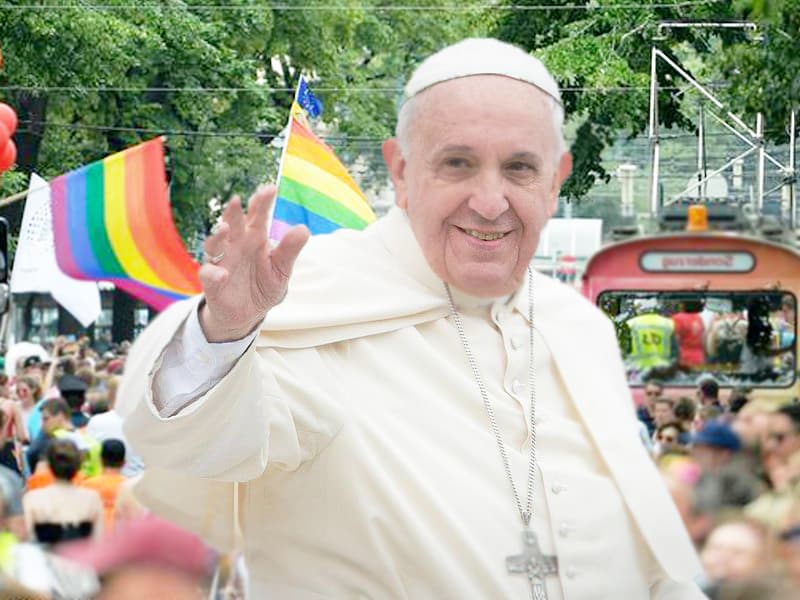 A Vatican watcher says the Catholic Church’s statement that priests could not bless the marriage of gay couples may have been “rushed past” Pope Francis.

When the Vatican Congregation for the Doctrine of the Faith released a statement earlier this week saying that priests could not perform a blessing service over the marriage for LGBT+ couples, the announcement received considerable media coverage. The blessings have been used in some places as a stand-in for a marriage service.

The news caught attention in part because the statement was posted saying that it was approved by Pope Francis, who has sometimes angered conservatives with his generally more pastoral approach toward queer Catholics. In its report about the statement, Reuters recounts:

From the time he was archbishop in his native Argentina, Pope Francis has supported the right of gay couples to have civil legal protections but has always opposed gay marriage.

He also has had meetings with gay couples and in 2013 made the now famous remark “Who am I to judge” about gays trying to live by the Church’s rules.

Last year, the Vatican had to move to clarify comments attributed to Pope Francis on civil union laws in a documentary, saying they were taken out of context and did not signal a change in Church doctrine on gay people or support for same-sex marriage.

In a podcast for America Magazine – an official Jesuit publication — the magazine’s Rome Correspondent, Gerald O’Connell, says the size of the group that wrote the document was not as large as it usually would have been for that type of statement. O’Connell also says Pope Francis’ review of the document happened right he left on his recent tour of Iraq. America reports:

While it is unclear how much attention Pope Francis gave the document, Gerry says that it is significant that the document said the pope was “informed” and “assented to its publication,” a more hesitant phrasing than “approved” and “ordered its publication,” the terms the Vatican normally uses.

Listen to the podcast below: