Activist: ‘The Man in the Mercedes’ is a myth

Consider what you’re asking people without housing to do before you give them advice.

That’s the message one activist recently had during a discussion about giving money to people who ask for it on the street.

Father Nathan Monk is a social activist who formerly served as a priest in the Russian Orthodox Church Outside Russia (before that, he was an independent Old Catholic priest) who now works as a writer and advocate.

When he recently shared a meme on Facebook that read, “Probably in a minority but when I give money to a homeless person I actually don’t care what they spend it on because it’s theirs now”, people started discussing what is and isn’t appropriate to give people without housing. 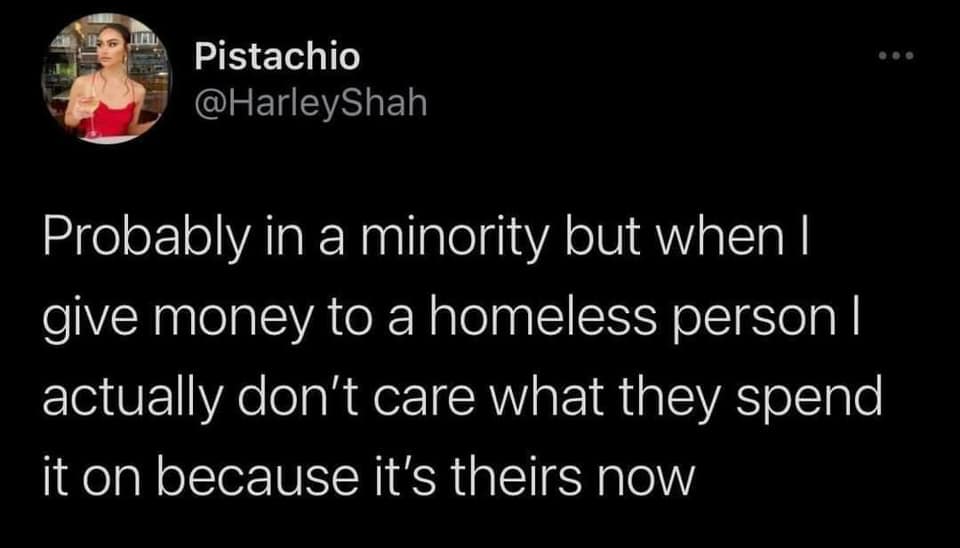 While some commenters started discussing buying food or giving cash as needed, some began sharing common urban legends about beggars who leave their panhandling spot only to get into a nice vehicle — leaving the reader to infer that the street living is just an act to help them live in luxury as a freeloader.

Monk responded by calling such stories the trope of “the Mythical Man in the Mercedes.”

The mythical Man in the Mercedes. He lives in every town, so many have claimed to see him, and yet none of the service providers I’ve worked with have ever met this person. I’ve always wanted to meet them! Do you know that you can have a car, even a nice car, and be homeless? Like, people live in their cars a lot. Also, owning a car can be a double edged sword. It gives you a place to stay but can disqualify your from some services.

He then went on to address the claim that many people without housing reject offered help without reason.

The ol’ “I told them about such as such organization and they didn’t want the help!” Have you ever stayed at the place you are recommending? Have you tested their services, looked into the outcomes, or success rate? If you wouldn’t recommend a restaurant you’ve never eaten at to a friend, why tell someone to try snd organization you’ve never had first hand experience with?

Most shelter organizations are not in the business of getting folks permanently off the street, they are in the business of warehousing humans and circulating the problem. They are not designed, at their core, to address the root cause of homelessness: being without a home.

Your dollar will do more good, and go further, in the hands of who needs it then within most nonprofits who claim to help.

Monk pointed out that not only has he spent 16 years working with non-profits and served as a university guest lecturer on the topic of homelessness, but that he has written two books about it, operated two shelters and even been homeless himself.

The “why” of any person’s homelessness can be complicated, he said, and the ultimate solution is finding ways to get them permanently housed.

Read the response and the entire discussion here.