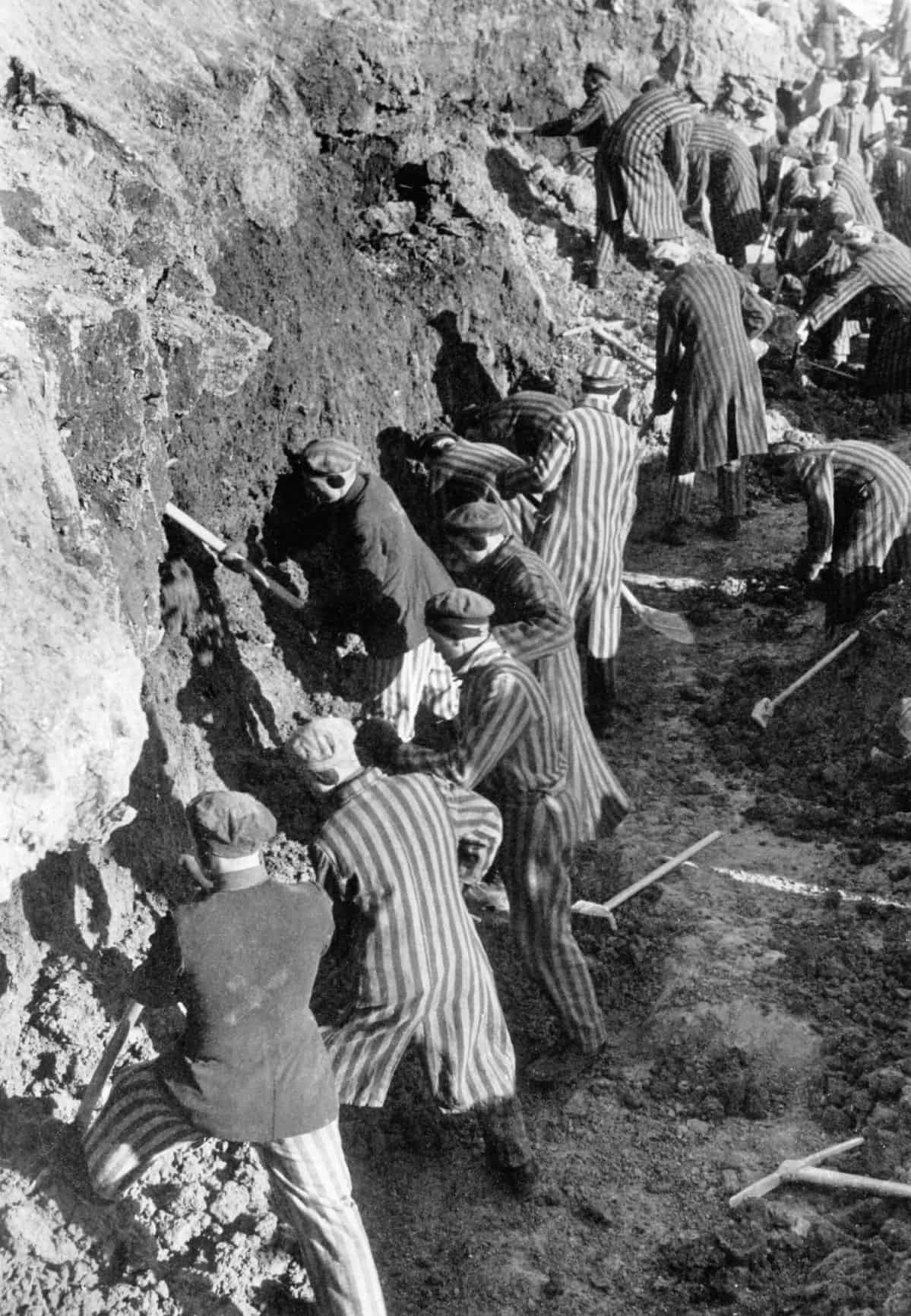 “The Boy in the Striped Pyjamas” is set to get a sequel, and some — including the Auschwitz Museum — are saying that it shouldn’t be published.

That’s in part because the popular novel about an unlikely friendship between the son of a Nazi and a child in a concentration camp that the sequel will follow has been characterized by some as “The Boy Who Set Back Holocaust Education By Decades”.

For those who are unfamiliar, Kveller summarizes the plot of Striped Pyjamas:

…9-year-old Bruno, the son of a Nazi Commandant at Auschwitz, befriends a Jewish boy named Shmuel through the fence of the camp. Bruno has no knowledge of the Holocaust (his mother and sister are also unaware of the extent of the atrocities) and thinks Shmuel’s uniform is a pair of pajamas. After Shmuel’s father goes “missing,” Bruno sneaks into the camp to help find him, but the two boys are herded into a gas chamber and killed. Wracked with guilt, Bruno’s father allows himself to be taken prisoner by the allies when they liberate the camp.

With that short summary in mind, why did the Auschwitz Memorial tweet that “‘The Boy in the Striped Pyjamas’ should be avoided by anyone who studies or teaches about the history of the Holocaust”?

We understand those concerns, and we already addressed inaccuracies in some books published. However, “The Boy in the Striped Pyjamas” should be avoided by anyone who studies or teaches about the history of the Holocaust. https://t.co/dVJ9kf9dtz

It’s because, as The Holocaust Exhibition and Learning Centre (HELC) shares in a longer post, “The events portrayed could never have happened.”

Bruno is nine years old but doesn’t seem to be aware of the war around him, who the Jews are or even who Adolf Hitler is. As a young German boy, and the son of a senior SS officer, Bruno would have been, by law, a member of the Hitler Youth. He would have attended a German school where students regularly swore oaths to Hitler and where antisemitic propaganda infiltrated every part of the curriculum. Children were taught that the war was something to be proud of as it meant that Germany would become a great power once more.

Bruno’s characterisation perpetuates the belief that most German civilians were ignorant of what was happening around them. In fact the general public in Germany and in occupied Europe were well aware that Jewish people were being persecuted, forced to emigrate and eventually deported. There were also many who knew that Jewish people were being killed. Many Germans profited from the Holocaust as Jewish properties and belongings were ‘Aryanised’, which meant they were taken from their Jewish owners and given instead to ‘ethnic’ Germans. A minority of German civilians resisted Nazi ideology. Nazi authorities stamped out resistance to the regime quickly and brutally.

Kveller picks up the critique by pointing out that as the story is told, it moralizes about the Holocaust in a way that provides a “Nazi redemption arc” instead of focusing on the actual victims.

…the thing I find most upsetting is the tearjerker moment over Bruno’s death. Shmuel’s living conditions, his family’s destruction and his father’s murder are apparently not tragic enough for Boyne to serve as the climax of his fable. Shmuel is just a two-dimensional plot device, devoid of personality, present to advance Bruno’s story and provide a Nazi redemption arc. We’re left with the twisted moral that the accidental death of a single non-Jewish child is somehow “comeuppance” for the deaths of millions of Jews.

The HELC’s blog likewise notes that Shmuel’s story is historically inaccurate, in no small part because of the real historical horror that he likely would have been murdered upon arrival at the camp because a small child wasn’t considered useful for the camp’s forced labor.

Shmuel is only ever depicted as a one-dimensional victim. Shmuel has no personality or individuality, so the audience doesn’t build an emotional connection with him. This means it is harder for the reader to empathise with Shmuel and his situation.

Shmuel’s characterisation portrays Jewish victims as passive and unresisting. However, Jewish resistance did exist both in and outside the concentration and death camps. At Auschwitz-Birkenau a group of Sonderkommando (Jewish prisoners forced to do the terrible work of herding people into the gas chambers, then removing the dead bodies) successfully managed to blow up one of the crematoria and kill a number of guards. It is important that people understand that Jewish people did not go to their deaths without trying to save themselves.

In the end, the story focuses not on the tragedy of the actual Holocaust, but on Bruno’s family and their sadness at having lost a son.

So how has it damaged education? A study by Centre for Holocaust Education at University College London found that after reading “Striped Pyjamas”, students came away from the work with its glaring inaccuracies internalized. The Guardian reports about the study:

The centre’s report said: “While most young people who took part in the study recognised the narrative as a work of fiction and many were able to identify and critique its most glaring implausibilities and historical inaccuracies, they nonetheless overwhelmingly characterised it as ‘realistic’ and/or ‘truthful’.”

It added that many students, after studying the story, reached conclusions that “contributed significantly to one of the most powerful and problematic misconceptions of this history, that ‘ordinary Germans’ held little responsibility and were by and large ‘brainwashed’ or otherwise entirely ignorant of the unfolding atrocities”.

That’s hugely problematic, Kveller says, because for many “Striped Pyjamas” is an introduction to the Holocaust.

…it is many children’s first introduction to the topic — they study it in English class before tackling Nazi Germany in history. The same study found it is the most widely read book about the Holocaust among students aged 12-18, surpassing Anne Frank’s Diary (by a shocking 59.1%) and even history textbooks. In the UK, over 35% of teachers use it as a resource when teaching the Holocaust in history classes. The damage it has done is well documented; a 2009 study by the London Jewish Cultural Centre showed that 70% of readers thought it was based on a true story, and many even thought Bruno’s death ended the Holocaust. The UCL study concluded that the book’s use in schools helped to foster “an inaccurate perception of German ignorance of the Holocaust.”

Boyne protests that his work is “just a fable,” but this doesn’t detract from the views of children after reading the book, many of which are quoted in the study mentioned above. “We always think of the Nazis as the bad guys and this shows that the Holocaust didn’t just affect the Jews (…) but the problems that Nazi families might encounter and what their problems were,” said Dan, a year 9 student. “It is too easy to feel sorry for the Jews (…), I don’t mean that in a rude way, it is just like, everyone is always (…) going to sympathize with the Jews (…) when you see it from like Bruno or the mother’s perspective it seems a bit different because they had to live with that,” said Jack, year 12. The most egregious quote though is “they (the Nazis) couldn’t do anything about it because they (…) basically got killed off if they didn’t do what he (Hitler) said (…) it doesn’t matter who was the bigger victim, they (Nazis and Jews) were all still victims of Hitler’s control in some shape or form,” from Erica, year 11.

The HELC offers several alternatives that are told by survivors or through the eyes of victims, including the graphic novel Survivors of the Holocaust, When Hitler Stole Pink Rabbit, Anne Frank’s The Diary of a Young Girl, and Hitler’s Canary, among others.

Many stories about the Holocaust, especially those told by non-Jewish people, tend to look for redemption arcs. But that’s not the point of telling them, Noah Berlatsky writes in a longer essay about so-called “gentile saviors” in Holocaust stories.

There are certainly well-known narratives about the Holocaust that aren’t framed as feel-good inspiration for gentiles. Art Spiegelman’s classic comic book “Maus”, about his father’s experiences in the camps, is focused on Jewish struggle for survival; gentile rescuers have only a walk-on role, and the ending is not particularly uplifting.

“Maus” is critically lauded; the same cannot be said for Liliana Cavani’s infamous and intensely uncomfortable 1974 Nazisploitation film “The Night Porter”. “The Night Porter” is set in a Viennese hotel, where a former concentration camp guard (Dirk Bogarde) runs into Luca (Charlotte Rampling), a woman he tortured and raped in the camp. The two pick up their S&M-tinged relationship where they left off, while they are stalked for obscure reasons by Max’s former friends and fellow Nazis. The film suggests that Luca’s healing, and her escape from trauma, was all a lie. No one was saved; Nazi atrocity didn’t end. Trauma doesn’t heal, but repeats itself.

I wouldn’t say we need more Holocaust movies like “The Night Porter”, which doesn’t lend itself to imitation anyway. But I do think we need more Holocaust narratives that are difficult rather than glib, and ugly rather than beautiful. At a time when nationalism and race- and religion-based hatred is ascendant, solidarity with the oppressed is important. But so is clarity about the stakes, and an understanding of what can be lost, and what has already been lost.

The Holocaust is not a story meant to show us that “the best in humanity rises.” Sometimes people do good things in the face of evil, but evil doesn’t create good. Jews don’t die to show that gentiles are good people. If we can’t see marginalized people as the protagonists of their own stories, then, unlike Antonina ?abi?ska, we will never see them as fully human.