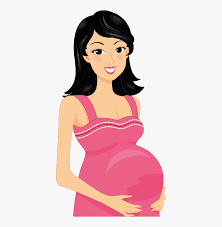 An insurance business based in Texas is responding to the decision to overturn Roe v. Wade. The company is now supporting its employees with adoption costs and childbirth expenses.

Buffer Insurance reported that it was going in a different direction than the companies that have vowed to pay employees’ travel expenses for abortions.

“We know that life happens at conception. Jesus actually speaks toward that. It’s more than a baby … it’s a purpose,” Turner said.

Turner made it clear that the goal is to relieve some of the financial burdens for Buffer workers who are seeking to grow their families.

“If employees are having difficulty or having problems expanding their family, we are providing resources for that,” Turner noted. “There’s a lot of medical bills  you can pay for around an adoption … more tax savings if companies put money toward that. There’s going to be a lot of more babies for adoption With the overturning of Roe v. Wade.”

“Secular companies are paying the travel costs for employees to abort babies out-of-state. Today we are announcing that Buffer will pay the costs for our employees who birth babies,” the company made public on all its social media sites.

“Buffer will provide paid time off for all employees to have maternity and paternity leave with their newborns. Buffer will pay for the medical costs associated with adopting a baby,” according to the updated company policy.

Mr. Turner revealed there is also a stigma that kids can be a barrier to someone’s career, but Turner does not agree with that idea.

According to its website, Buffer works hard to “make the most productive results in the lives of others” including the workers who assist with the run of the company.
The new outcome comes as various businesses judge the Supreme Court’s choice to reverse Roe, saying they plan to help with the effort to get out-of-state abortions.
Mr. Turner announced to CBN News that he has faith that more businesses will take a more life-organized approach and offer similar resources to their staff.

“Our intent with announcing this was to say, ‘Hey, we’re going to do the opposite.’ We’re being intentional and hope to activate other small businesses to do the same,” he explained.

It was previously reported that CBN’s Faithwire that a list of companies are willing to split the bill for workers who desire to travel to neighboring states so that they may obtain abortions.

There are different entertainment brands that have said the same: Disney, Netflix, Comcast, Paramount, Warner Bros., Discovery, and Sony.

“Countless” businesses have reached out to Buffer to find out more about their pro-life policies, according to Turner.

“Our email is exploding, tons of companies . It’s super exciting. There’s a lot of interest around this topic,” Turner stated.

You can read more here.