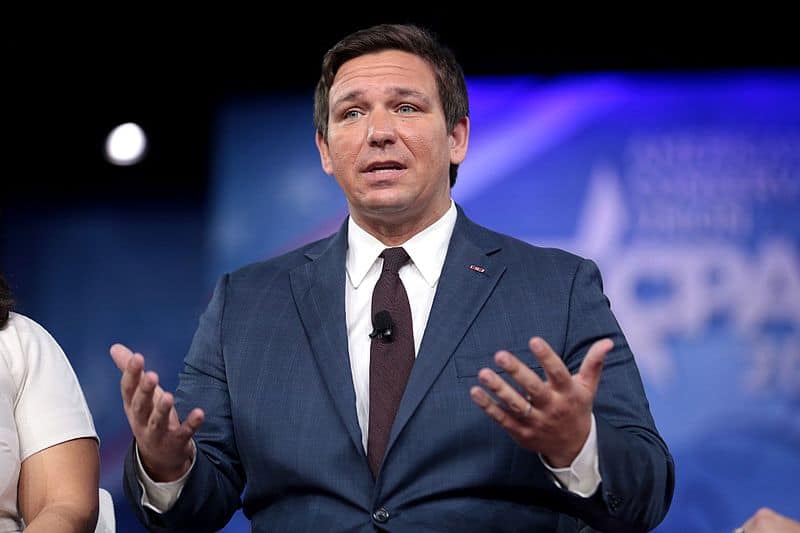 Mike Allen of Axios writes that Florida governor Ron DeSantis strongly focused on religion in his recent campaign for reelection. He notably invokes the name of God 10 times in one minute-and-a-half political ad aimed at driving Florida’s extensive Christian population to the polls.

The ad drew scrutiny from across the Internet for several reasons. It was in black-and-white as the governor is never directly mentioned by name, focusing instead on Christian imagery. DeSantis seems to imply he was chosen by God to lead the state and leans heavily on religious scripture.

DeSantis was elected to a second term on November 8.

Ron DeSantis’ campaign for reelection has released a new ad touting how God picked a “fighter” to become Florida’s governor.

Driving the news: The video — tweeted by his wife, Casey — invokes God’s name 10 times in 96 seconds, and never names DeSantis.

The whole ad is black and white.

“And on the eighth day,” a deep voice thunders, “God looked down on his planned paradise and said: ‘I need a protector.’ So God made a fighter.”

“God said: I need somebody who will take the arrows, stand firm in the face of unrelenting attacks, look a mother in the eyes and tell her that her child will be in school. … So God made a fighter.”

Between the lines: The timbre and cadence of the spot’s voice of God will resonate with older voters as evocative of Paul Harvey, the famed newscaster for Middle America who died in 2009 at age 90.

Everything but: “Good day!”

The ad is a takeoff on Paul Harvey’s famous “So God Made a Farmer” speech to the Future Farmers of America in Kansas City, Mo., in 1978.

The late Harvey’s voiceover became a Super Bowl ad for Ram Trucks in 2013.