Matt Chandler on leave of absence due to inappropriate Instagram messages 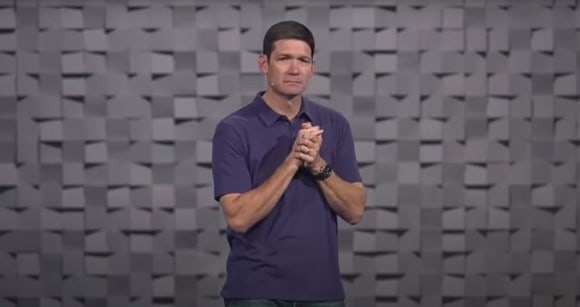 Matt Chandler, who serves as lead pastor of teaching at The Village Church in Flower Mound, Texas, has opted to take an immediate “leave of absence” after inappropriate language in Instagram messages he sent to a woman who is not his wife was uncovered.

Despite this turn of events, Chandler reassured his congregation that he would keep being their pastor “for the next 20 years.” The Christian Post reports:

“‘We are strong proponents of brothers and sisters in Christ being friends, but there are boundaries around what’s appropriate. A pastoral role requires a greater awareness of those boundaries,’ The Village Church elders announced in an August 28 statement.

‘While the messages were not romantic or sexual in nature, the frequency and familiarity of the messages crossed a line. Matt did not use language appropriate for a pastor, and he did not model behavior that we expect from him.”

According to the elders, the pastor revealed the inappropriate messaging after being confronted by the woman’s friend in the church’s foyer.”

The pastor said that once the woman raised her concerns over the messages, he immediately shared what happened with Josh Patterson and elder Chairman Jasien Swords, submitting to their “leadership in addressing the situation.” He also let his wife know about the messages.

“‘I didn’t think I had done anything wrong in that,’ Chandler explained as he faced his congregation. ‘My wife knew that. Her (the woman’s) husband knew that.’

After reviewing the situation, The Village Church elders concluded that while the inappropriate messages ‘did not rise to the level of disqualification,’ they, along with Chandler, agreed that his behavior ‘was a sign of unhealth in his life and that the best course of action would be for him to take a leave of absence from teaching and preaching.'”

According to the elders, this leave of absence is meant to give the lead pastor more time to “focus on growing awareness.” No specific date has been set for Chandler’s return, but the elders noted this will be “dictated by the expectations laid out for his development.”

Chandler added that he is thankful the elders decided to hold him accountable because it would have been easier to make it “nothing.”

“‘The elders have decided, and I think they are right,’ Chandler said.

‘I’m really embarrassed. I feel stupid. I feel dumb. I feel like I’m embarrassing my wife and kids, putting a ton of pressure on our staff. [I] feel like I’ve fallen short for you,’ Chandler told his congregation while holding back tears.

‘The Word of God holds me to a certain standard. And I need to live into that, and I fell short,’ Chandler explained.

‘Forgive me,’ Chandler told his congregants before praying, adding, ‘I love you.'”

“‘Acts 29 prioritizes personal integrity and holds our leaders to a high standard of conduct. Considering the findings of the TVC investigation and consistent with the leave of absence from preaching and teaching that the Village Church has placed Matt on, the Acts 29 Board has asked Matt to step aside from Acts 29 speaking engagements during this time,’ officials at the church planting network said in a statement. ‘We hope that Matt can use this time away from speaking to focus on the process that TVC elders have laid out for him.'”