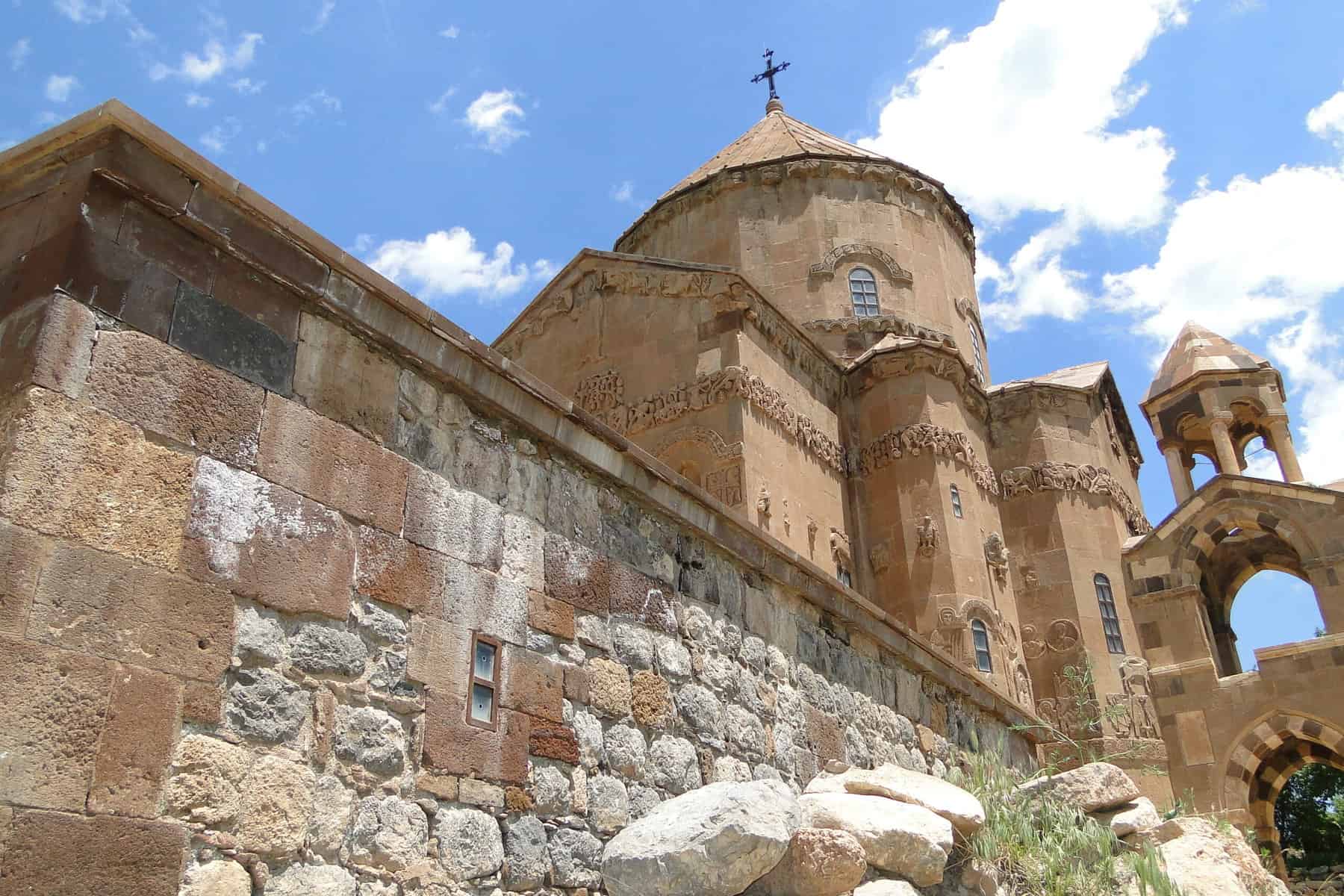 Akdamar Church, also known as the Church of the Holy Cross, is a medieval Armenian cathedral located in the eastern Van province of Turkey, which hosted a special ceremony on Sunday. The ceremony marked the tenth mass of the 1,100-year-old church since it reopened in 2010 after 95 years. The church was constructed by architect Bishop Manuel between 915-921, who was commissioned by King Gagik I Artsruni. During the ceremony, Turkey’s head of the Armenian Patriarchate, Sahak Mashalyan, emphasized the thousand-year coexistence of Armenia and Turkey and expressed his hopes for more cordial relations between the two nations. The ceremony was attended was hundreds of pilgrims.

An 1,100-year-old Armenian church in Turkey’s eastern Van province hosted its tenth special Mass since it opened in 2010 after a 95-year hiatus, reported Mesut Varol and Emre Ilikan from Anadolu Agency.

Sahak Mashalyan, head of the Armenian Patriarchate in Turkey, and Father Harutyun Damatian came to the island with their clergy to perform the ceremony at Akdamar Church.

The liturgy was presided over by Damatian and attended by 46 clerics from the patriarchate and some visitors from Istanbul, Armenia and other parts of the world.

After the liturgy, Mashalyan expressed his gratitude to the authorities who gave permission for the ceremony to take place.

He also made remarks about the ongoing dialogue between Turkey and Armenia.

“Today we prayed that the two friendly peoples would live in peace so that the Caucasus would become a land of peace. May God protect our country and humanity,” Mashalyan said.

Hundreds of pilgrims flocked to the island where the unique temple is located.

Akdamar Church, a medieval Armenian place of worship, was built between 915-921 by architect Bishop Manuel under the direction of King Gagik I Artsruni.

The church, which has a special place in East-West Christian art, bears the most important decorations and the most elaborate wall reliefs of its time and was accepted into the UNESCO World Heritage Tentative List on April 13, 2015.