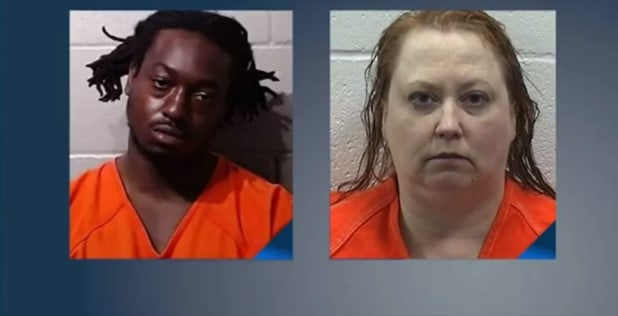 The wife of a murdered Oklahoma pastor who admitted she collaborated with her lover to kill her husband was sentenced to life in prison on August 10.

The murder took place on March 22, 2021. Kristie Evans was sentenced to life with the possibility of parole by Pontotoc County Judge Steven Kessinger.

“Kristie Evans’ attorney, Joi Miskel, expressed disappointment with the decision, telling local news outlet KTEN that she believes her client has already ‘served her sentence for 30 years of abuse.’

While Miskel maintained that ‘her remorse is real and it was from the very beginning,’ Kessinger pointed to letters she wrote to her accomplice Kahlil Square and another inmate from prison as evidence to the contrary.

As The Oklahoman reported, Evans bragged about her ability to ‘wear a man out’ in one of the letters, adding, ‘Any man would have done it for me after I got through with him.'”

Miskel defended the letters as conditioning and seeking positive feedback. Evans gave Square bullets and a gun to kill her husband, David. She also left the door open so he could get in at night while they were sleeping. She pled guilty in April to having convinced Square to commit the murder.

“In the nearly 18 months since Evans’ murder, disturbing details about the couple’s marriage came to light. Specifically, court documents revealed that the couple lived a double life as swingers. Evans and Square reportedly planned the murder of the late pastor in the week leading up to his death while he was on a mission trip in Mexico.
In an interview from prison, Evans recalled that after threatening divorce, her husband held a gun to her chin as she spoke with her daughter via phone.”

Evans testified on August 9 that her late husband forced her to have sexual encounters with 50 to 100 men. Craigslist was reportedly the medium used to arrange the meetings.

She insisted her mother said ‘more than once that she still prefers her life now to the life she had been living since 1991.’

Square has yet to be sentenced for his role in Evans’ murder.”