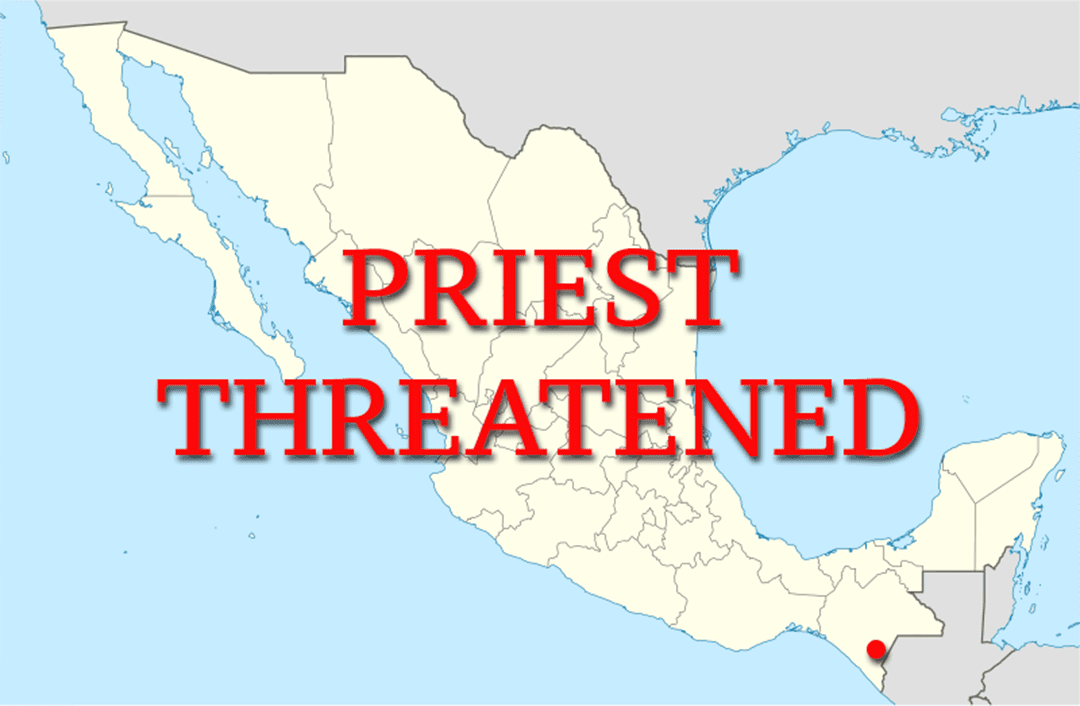 A priest driving in Mexico was recently surrounded by a gang of five men on motorcycles who circled his vehicle and struck his car, giving him an ominous warning: “We know who you are and what you do. Be careful.”

Crux reports that the Rev. Matías Rodríguez Jiménez, the priest who was threatened, is known for working with social and environmental causes in southern Mexico. The threats were initially reported in a statement from Pueblo Creyente (Chiapas Support Committee), a Catholic organization.

Rodríguez Jiménez is the pastor of St. Peter and St. Paul Parish in the Diocese of San Cristobal de Las Casas, and he told the organization that spies have been watching him at his church and his residence since he took the position in 2020. Crux continues:

St. Peter and St. Paul Parish has a history of priests being involved in local issues, such as opposition to a Canadian-owned mine. Rodríguez also had confronted the issue of illegal alcohol sales, a problem in some Chiapas communities. A priest with knowledge of the area said the region has been rife with a violence between rival drug cartels.

“The situation concerns us because the life and integrity of our priest … is at risk,” said Pueblo Creyente, which was founded by the late Bishop Samuel Ruiz Garcia, a champion of human rights in largely Indigenous Chiapas.

“Insecurity is increasing, and the persecution of human rights defenders is constantly worsening. As a parish, we have many struggles against everything that threatens the life of our communities such as alcoholism, mining (and) violence against women,” the statement said.

“We will continue denouncing and working in favor of life; we cannot remain silent in the face of the pain and suffering of our communities.”