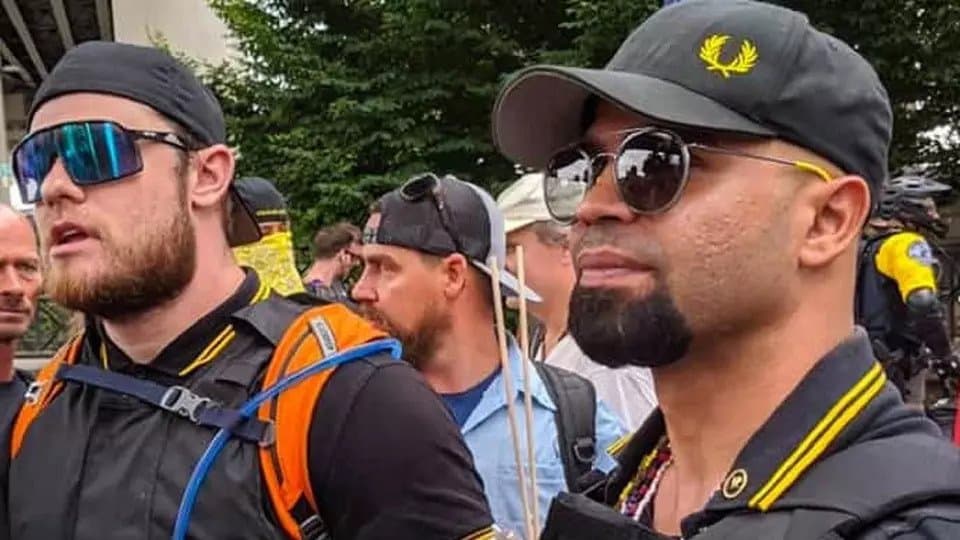 Enrique Tarrio is the leader of the controversial Proud Boys who were thrust into the national spotlight during the presidential debates when Presidet Donald Trump asked them to “stand back and stand by.” On December 12th, 2020 the Proud Boys held a pro-Trump demonstration in which Black Lives Matter signs were torn down and burnt in Washington, DC.

Tarrio, chairman of the Proud Boys, was arrested and charged Monday with destroying the property of another church, Asbury United Methodist Church, D.C. police confirmed.

Additionally, one Church has decided to go after Tarrio and the Proud Boys in Civil Court.

The Metropolitan African Methodist Episcopal Church filed a lawsuit against the Proud Boys and their leader, Enrique Tarrio, in D.C. Superior Court Monday, saying the group trespassed on its property and destroyed its Black Lives Matter banner.

Tarrio took responsibility days later for burning a church’s banner but denied that it was racially motivated.

The incidents were being investigated as hate crimes, D.C. police said.

Lawyers for Metropolitan AME Church said in a statement that it “suffered from the defendants’ coordinated acts of violence when Proud Boys members climbed over a fence surrounding the church, came on to church property, tore down and destroyed a large Black Lives Matter sign the church was proudly displaying in what constituted clear acts of trespass, theft, and destruction of property.”

Metropolitan AME Church is seeking compensatory damages and “declaratory relief stating that the Defendants have committed crimes that were motivated by bias under the D.C. Bias-Related Crime Act,” according to the statement.