In September of 1979 the British new wave/synth-pop group The Buggles released the single Video Killed the Radio Star; nearly two years later, the song would become a self-fulfilling prophecy when the single became the first-ever video to be shown on MTV airing one minute after midnight on August 1, 1981. The musical landscape was forever changed, and musicians and singers would forever lose whatever anonymity the radio may have privileged. From that point forward, for musical artists to truly be successful, there had to be an accompanying visual interpretation of their artistry. The introduction of a new technological medium, in this case an innovative use of an existing medium, forever changed our expectations of music as a simply an auditory experience. In much the same way, pastors, preachers, along with educators at every level, are living at a moment that may very well redefine how we do our work. With the spread of the Novel Coronavirus and the resulting quarantine, leaders from across society are scrambling to meet the needs of those they serve.

Christian leaders, pastors, and educators have not been exempted from this crisis as social distancing guidelines have forced churches to adopt emerging technologies to continue their ministries. It is interesting that what was once the purview of megachurches and televangelists has now been embraced by most every pastor and congregation as a means of weathering the COVID-19 storm. Now on any given Sunday, our social media feeds are deluged with pastors and preachers propagating the good news, along with educators at every level who are tasked with finding ways to utilize technology effectively to engage their students. And generally, I see this as a wonderful opportunity for sharing the gospel—and as a tool for education, as I myself often utilize social mediums for opportunities to share the good news of Christ, as well as other issues and concerns I find of importance and interest. However, with every new means of sharing a message and with the advent of innovations in technology, there is the specter of unintended consequences which may end up doing more harm than good.

Of course, this is not a new challenge, as the Church and other institutions have long been waging a losing battle against a societal diminished attention span and ability to comprehend complex issues; this conflict is largely due to the demands of emerging technologies that are good at communicating spectacle but impotent at communicating depth. As Neil Postman lamented nearly four decades ago in Amusing Ourselves to Death while writing about the influential technological mediums of his time: “Television’s strongest point is that it brings personalities into our hearts, not abstractions into our heads…There is no doubt, in other words, that religion can be made entertaining. The question is, by doing so, do we destroy it?” What was true of television in his time, is equally true, if not more so, for the ubiquitous nature of media on demand.

The current crisis reveals that what we may be attempting to preserve by turning to media delivery systems is not The Church but rather a cheap imitation of church created in the image of 21st century American consumerism. So that now, in order for smaller congregations to survive the current restrictions on gathering, they are expected to adopt the means of shallow connectedness via mediated screens that were once reserved only for the megachurches that could afford such technologies. It could be, that once this crisis subsides, those larger congregations that have relied on mediating the messages and missions of their ministries through screens will find their constituents are no longer impressed with spectacle at the expense of authentic relationships and spiritual depth. The same concepts may be demonstrated in The Academy. When this crisis is over, students and educators may once again see the importance of one to one interaction, and that relationships are as important as content, if not more so.

It is my hope that in the scramble to remain viable without a weekly gathering, many congregations are discovering the meaning of Church is not defined necessarily in our abilities to meet the demands of religious consumers, but rather in the ability to love God and our neighbors as ourselves. Thomas White and John Yeats observe in Franchising McChurch: Feeding Our Obsession With Easy Christianity, “Christianity, for many in American culture, is simply a selection on the Buffett of Religion. If they buy into Christianity through entertainment, the show must go on to keep them engaged. Thanks to the law of diminishing returns, that same show must continue to attract their attention with newer or greater things, or else these shoppers will find another, more interesting, show down the road, which may or may not be another church.” The innovations of this church growth movement which included an attendance to needs of religious seekers, often through visually mediated messages, may in this time of oversaturation of such messages, serve to create a desire to return to more primitive, and dare I suggest, Biblical means of communication the gospel.

For instance, it is clear the early church relied on interpersonal communication to share the gospel. Acts 8:4 reports, “Those who had been scattered preached the word wherever they went.” Now, in our present circumstance with the need for social distancing, this should not be practiced. But there will come a day when we should return to this practice. The problem, of course, is that speaking generally of the American church, it was never practiced in the first place. Our patterns and practices of church growth and gospel propagation are more rooted in the best practices of business instead of the best practices of Biblical Christianity. American churches have a long history of following the trends of culture instead of setting the trend for the culture. Too often, the American church imitates the best practices of effectiveness, efficiency, predictability, replication at the expense of faithful Biblical teaching, community, authenticity, and true discipleship that is emboldened by The Holy Spirit.

My prayer is that these moments will reveal that the true need of churches and Christian institutions of higher learning aren’t to be found in technological innovations but rather in Holy Spirit restorations. Our fate as Christians shouldn’t be tied to dependency on entertainment and technology to attract consumers, but rather it should be imbued with gospel-centered commitments resulting in a vibrant and powerful Church equipped to meet all of the challenges in front of us for generations to come. 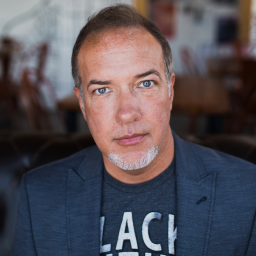