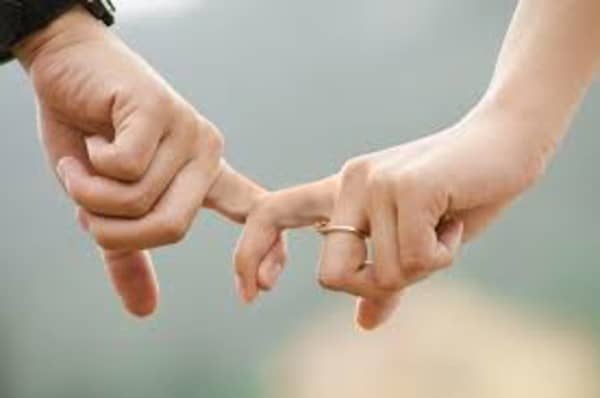 by Vershal Hogan Personal, The Pedestrian

Quarantine and COVID-19 shutdowns have done a lot of things to a lot of people, but one valuable commodity they gave many was time. They gave time to think, to evaluate, to understand relationships and the years already spent under a bright, unblinking spotlight. 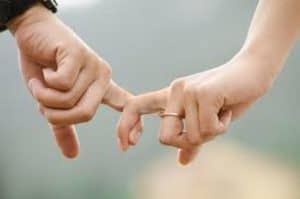 Many couples I knew joked that by the end of lockdown they would either be heading to the maternity ward, the psych ward or divorce court. When the silver lining of all that time together started to fade— even if you can have all the sex you want, who can keep up that pace forever when there is, in fact, a real pandemic happening outside the window? — couples had to face facts: they were who they were, and they were who they were together.

In the case of my wife and me, it meant really understanding how we had become who we are, not as a couple, but as individuals. We didn’t meet until we were 18, but we were married shortly after her 20th birthday, and in a very meaningful sense it’s fair to say that we grew up together. There’s no adult experience we haven’t shared.

And that, we found, was a blessing, but it was also a challenge.

It was a challenge because we realized that the person we married was not who we loved now.

I’ve heard a lot of wedding sermons through the years, some good — I think Bishop Michael Curry’s homily at Harry and Megan’s nuptials may have been good enough to justify the ridiculous English monarchy for one more year — and some quite terrible, with lots of emphasis on submission and cleaving and weird implications about whether or not the couple had already bedded each other. Many of those sermons looked to the Bible, borrowing the story of our first parents and their pairing from the opening chapters of the Torah .

The text tells us that God made Adam from dirt, breathing him into life, building a masterpiece of creation out of a creation already considered good. Adam named the animals, but did not find a suitable companion among them. Instead of forcing the issue, God introduces woman into the equation — who the text tells us, is also an explicit image of God (with a generative power for humanity that man does not have, at that) — and only then is able to pronounce humanity good.

From the progression of the story, it makes sense why Adam goes on to say that man is to go to his wife rather than stay with his parents (a funny thing to say, really, considering that he didn’t have any parents and procreation hadn’t been discovered yet). The cadences of the ancient poem of creation make it obvious that Adam was not whole in and of himself. When creation is finished, God looks at the world and pronounces it good — a pronouncement of completion. But when God looks at man, the statement Hashem pronounces is that man in his state of solitude is not good. Everything that has come before has been in binaries: light-dark, sun-moon, earth-sea, birds-cattle, etc. Each day of creation is not finished with just one; the complement makes the whole, but it is a complement of two distinct entities.

Despite the suggestion of some publishers’ editorial additions of chapter subheadings headings in some Bibles, the first couple did not marry, at least not in the sense that we understand marriage today. They were companions, and they had children together.

The history of the marriage itself is fraught. There were — and are — cultures where polygamy was common, and places where it was a matter of making sure bloodlines and property values stayed pure. While marriages have always been seen as a cause for celebration, they weren’t really considered sacramental until the 12th century. Likewise, the western church didn’t require marriages to be celebrated in the presence of clergy until the Council of Trent, and even into the modern era some frontier communities recognized marriages that a couple proclaimed three times in the town square. In the case of our marriage, the vows were performed in front of a boy preacher, four friends and two babies in a park.

But what does this have to do with my meditation on Genesis, or with quarantine? After 15 years, we realized that the 15 minutes we spent in the sun next to Lake Buhlow was not the final act of creation, but really — despite the first two fraught years of our courtship — the first. We thought at that time that we were committing to the person in front of us, but we were very young and soon learned that we were, in simplest terms, committing to becoming people together.

That’s a process that is easy at first. In the blaze of youth and passion, you’re very similar. As you age as a couple, if you’re in it for the long haul, you continue to develop similar values. But with the passage of time, you start to develop an ease with which you can occasionally disagree — even on the big issues. Birds, after all, are much more comfortable flying through the air than the cattle of the fields.

And that is where we found ourselves during quarantine. We still loved each other, we were still committed and we still agreed on the significant values of our lives, but we realized one day that the person we had married was no longer the person we loved. The person we loved was right in front of us.

So we decided, again, to commit to a partnership and form anew a bond that allows us to work in tandem, like the sea and the soil, to form a whole that is good. We committed anew to creating an “us” out of the elements that make us individuals and complementary parts of a whole.

And did you get what
you wanted from this life, even so?
I did.
And what did you want?
To call myself beloved, to feel myself
beloved on the earth.

Like Carver, like Adam — whose name means “earth” — I can answer that so far in this life I have also found this, and that, inasmuch as anyone can commit to such a promise, I want to return it in a way that makes as much sense as pairing the sun and the moon, the birds and the beasts, or the day and the night.